February 2014 Horoscopes, just in case you want to relive the thrills. 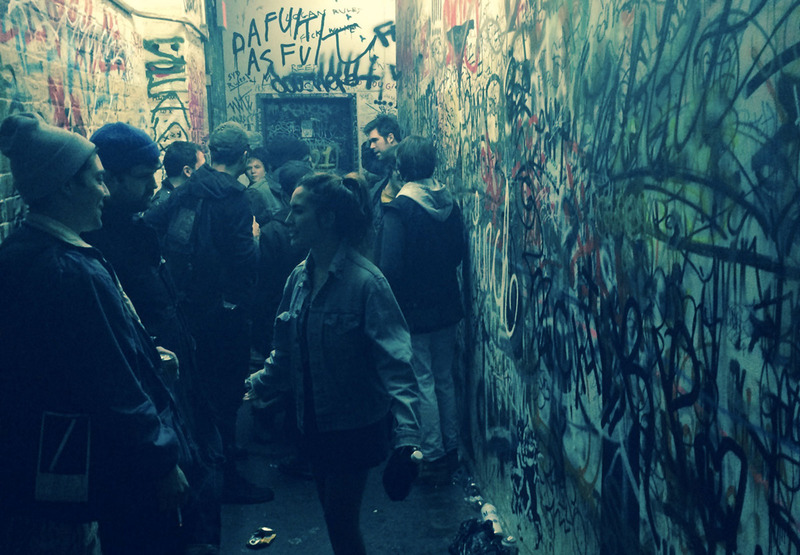 They say our generation is the one for which the current global regime is so all-pervasive and dominant that we lack entirely the ability to imagine alternatives to this world. We’re the generation that grew up being told to follow our dreams, choose a career we were passionate about, go out and make a difference. We could even choose to do for a living what we enjoyed doing in our free time, or be paid to change what we also passionately protest.

A Letter from the Editors

But it didn’t take us long to realize that this injunction to live meaningful lives functioned to shield our contempt. “You don’t like it here? So what do you suggest we do instead?” (Nothing! I suggest we do nothing. There is no solution that is not also terrible.) Having the freedom to go out and change the world made no sense once we realized that the iterations of possible worlds produced not the opposite, but more of the same. “Making a difference” was just endless, empty, meaningless work – pushing the same papers and sprockets of our parents – only we’re supposed to feel passionate about it, supposed to enjoy small-talking at dinner parties about it, with no boss to despise, no policies to reject.

Most of the people in our generation that we meet have agreed that the era of freelancers and “do what you love” evangelists is one which conceals the precariousness of labor, putting the burden (and risk of the market) onto individuals. We talk about recuperation: it is for real, and every “radical” initiative we struggle for eventually dies in the shop window of some pedestrian mall, in a fashion magazine, in an advertisement for jeans.

And yet, we’ve heard again and again that our generation is the evil incarnate, too busy drinking lattés and snapping selfies to build the revolution. “Theory is great, and I’m all for critique, but only up to a certain point! If it crushes hope, disperses movements, or legitimizes the ‘sellout’ ... count me out!”

We’re wary of this work ethic in activism. To refuse to measure and calculate and criticize the moment it threatens our own spirit and will is to refuse to criticize at all.

We are terrified by this assumption: “the world is falling apart and needs alternatives. It might even need to be saved.”

Under this assumption, we could contribute to solving the world’s problems. We could work to destroy the world, to put an end to all this. We could strike all together, and do (be) nothing. These are the choices which face the protagonists of history. The “good guys”.

We aren’t interested in finding the most effective way to be the good guys. We want a different assumption: “the myth of a better future is a procedure of modern capitalism. A symptom (and prerequisite) of a constantly expanding economy and knowledge.”

Our point isn’t that nihilism is “the answer”. The point is that trying to fix the world is not being recognized for what it is: an endless pursuit that follows the same logic as the accumulation of capital.

One way to explain this is through what Slavoj Zizek calls “ideological anamorphosis”. That is, we use a word to describe an idea, and the idea is simply the sum of the things that are described using that word.

Democracy is everything that people have called democracy. Woman is everyone who has been called a woman. Terror is everything that has been called terror. Likewise, democracy is also defined by the things it is not: “this isn’t a democratic process!”. “Woman” is a person who isn’t “not a woman”. Terror, something that happens instead of “freedom” and “stability”. Similarly, the “world” never exists by itself, it remains “the world that needs to be saved”. And yet, in the incomprehensible words of Zizek, the “world” as a concept is

perceived as a point of extreme saturation of Meaning, as the point which ‘gives meaning’ to all the others and thus totalizes the field of (ideological) meaning.

Let us be clear: we don’t disagree when they say our generation is hopeless. It’s just ... we just don’t think hopelessness is bad.

Or maybe bad in a good kind of way

Depression can’t be reduced to the psychological field. It questions the very foundation of being.

There are few things more frightening than realizing it’s time to change course. (That’s why we shell out to Corina for those horoscopes). But what do you do with your life when none of the things left to enjoy silence the existential dread of utter meaninglessness and tragedy? If you’re anything like us, you find solace in finding other people who can no longer muster the trite injunction to be “good” and make a difference.

Mask Magazine is not a political project – neither is it a literary or a philosophical one. We want to conduct an experiment – what happens when we support each other materially for the cultural production we’d otherwise be trapped into producing for free?

The Demo Tape Issue is the first iteration of Mask Magazine, wherein we capitalize on ourselves as commodities, get dressed in the morning, have sex with strangers for money, work other shit jobs, push things over on our way home from the bar, eat animals, gaze up at the stars and wonder: what the fuck am I now?

We’re launching softly, with the invitation to send us your work. We will continue to develop the software which publishes this magazine, refining it both in appearance and functionality. We will publish your most intensely sobering works, and your most superficially trashy, and we will pay you for your work so long as subscriptions provide the means.

Thanks to Roxanne, Chloe, Randy, Gregg, Moxie, Lucius, all of the artists and contributors, and the people around us who have put up with our mania these last few months. Special thanks to Amanda Dandeneau for her work on the cover photo and support as we get to know New York City.

From our depraved corner of the Internet,
we salute the coming shitstorm.