This Week in #ACAB: The Biggest Threat to Our Quality of Life is Probably the Police

“I Am a God” How Yeezy helped me stay in school, ace my exams, and get over a breakup. 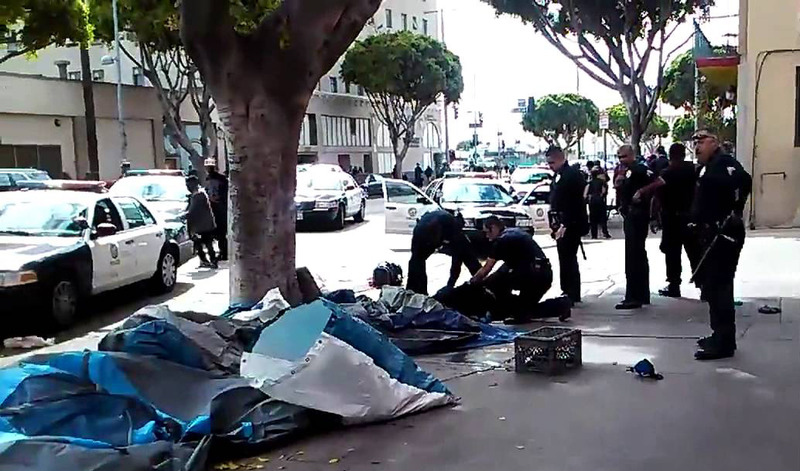 One of the police’s main activities is harassing and arresting marginalized people in the name of enforcing laws against so-called “quality of life” crimes. This week, the cops showed that they themselves are probably the biggest threat to your quality of life.

On August 10, the Sergeants Benevolent Association (SBA) president Ed Mullins, who represents a cop union made up of “approximately 12,000 active and retired sergeants of the NYPD,” announced that they would be launching a new initiative called “Peek-a-Boo, We See You!” This is not the first time a right-wing organization takes  shots at Mayor Bill de Blasio by harassing and publicly mocking homeless people. Rather than do something absurd like maybe help out homeless people, Mullins said that he wants New Yorkers to “photograph the homeless lying in our streets, aggressive panhandlers, people urinating in public or engaging in open-air drug activity, and quality-of-life offenses of every type.” Mullins, a renowned apologist for police brutality and murder, had also set up a Flickr account for people to submit their photos. The account, which was publicly viewable at first until it got a lot of bad press, now seems to be private. Still, if anyone wants to let the SBA know how they feel about this shameful campaign, you can email them at peekaboo@sbanyc.org.

Earlier this week, on August 11, 21-year-old Charnesia Corley’s lawyer, Sam Cammack, announced that his client would be filing a complaint against the Texas police officers who forcibly searched her vagina for marijuana during a traffic stop on June 21. During a drive to the store in Houston that night, a cop pulled over Corley for supposedly running a stop sign. After claiming that he smelled weed, he put her in the back of his patrol car, searched her car, and found nothing. The pig then claimed to still smell weed on Corley and decided that it must be on her person. Two female cops showed up, commanded her to pull her pants down, and then forced her to open her legs. One even threatened to break her legs if she refused. Ultimately, Corley was thrown on the ground, and her legs were physically held open by two cops while a third searched her vagina. A spokesperson for the Harris County sheriff’s department later told local media that the officers “did everything as they should.”

And while loudly proclaiming their concern for our quality of life, the jakes have taken more than 710 lives in the USA so far in 2015. This includes 15-year-old Andre Green in Indiana who, much like 17-year-old Jessie Hernandez in Denver, cops claim had stolen a car on August 10 and tried to drive it into the officers chasing him. They then opened fire on Green, and he was declared dead within 10 minutes. An eyewitness said that Green wasn’t trying to drive into the cops but had merely bumped into cars while trying to turn around.