He Will Not Divide Us

Young Thug Flaked When things don’t go as planned you have be creative. 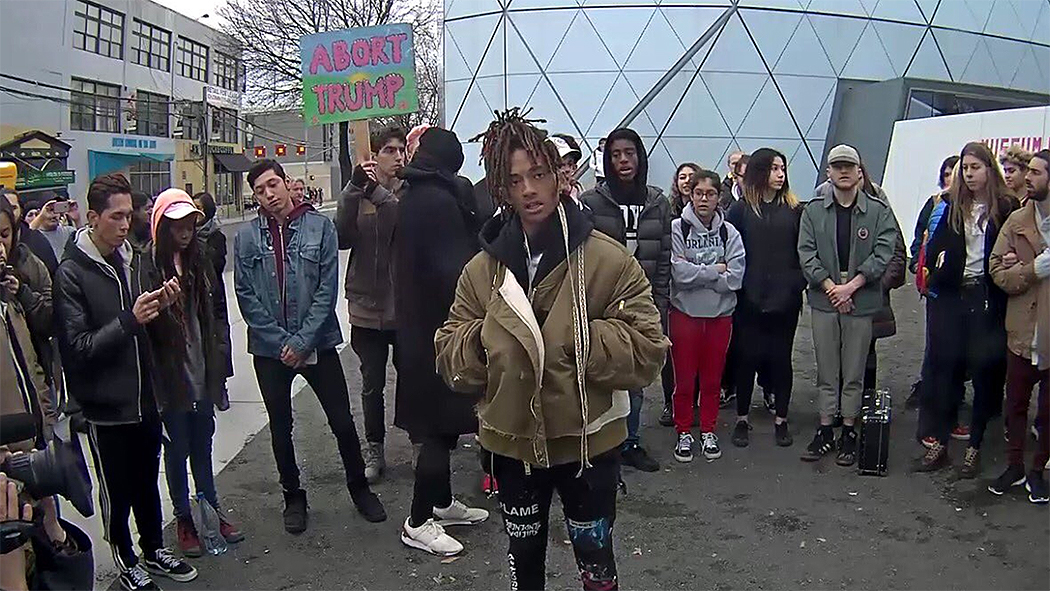 He Will Not Divide Us

Shia LaBeouf amended this fateful day with a bit of internet performance art. “HE WILL NOT DIVIDE US” consists of those five words in black and a camera set up on an exterior wall of the Museum of the Moving Image in Queens. It is there to capture anyone and anything but urging the public to engage with it by repeating the message for the duration of the show.

Contemporary social art tends to draw on organizational structures and institutional critique, but LaBeouf’s minimal piece drops on Trump’s inauguration day. I think it’s safe to say this is intended for the man himself. 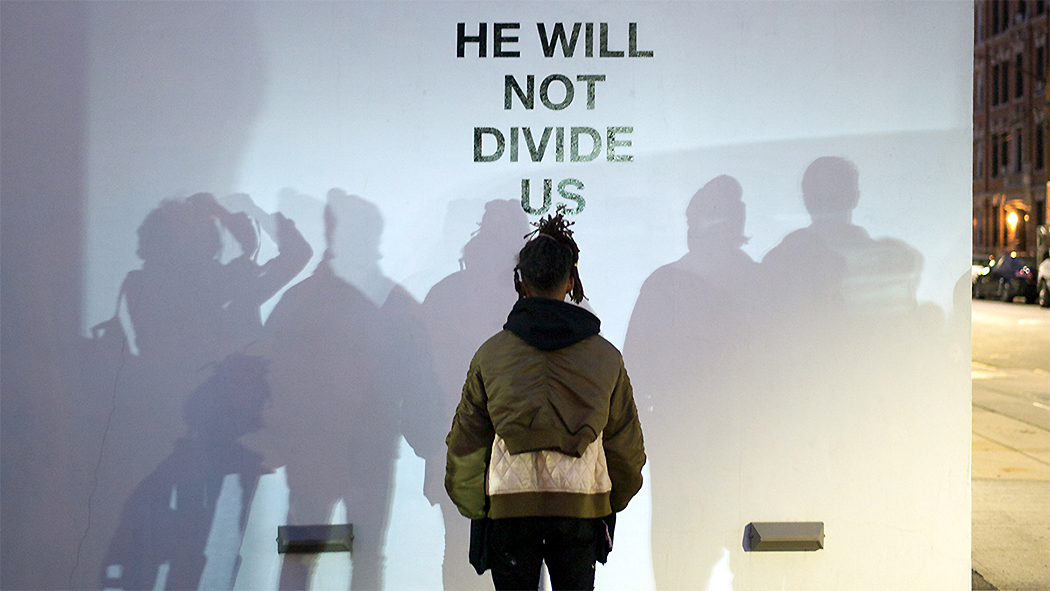 “Open to all, 24 hours a day, seven days a week, the participatory performance will be live-streamed continuously for four years, or the duration of the presidency. In this way, the mantra "HE WILL NOT DIVIDE US" acts as a show of resistance or insistence, opposition or optimism, guided by the spirit of each individual participant and the community.”

From the looks of it, Jaden Smith’s been hanging out since the opening. I just saw him and LaBeouf with several dozen others chanting the words in rhythm.