Beyoncé and Jay Z release fake heist film trailer because they don’t have the guts to really knock one off. 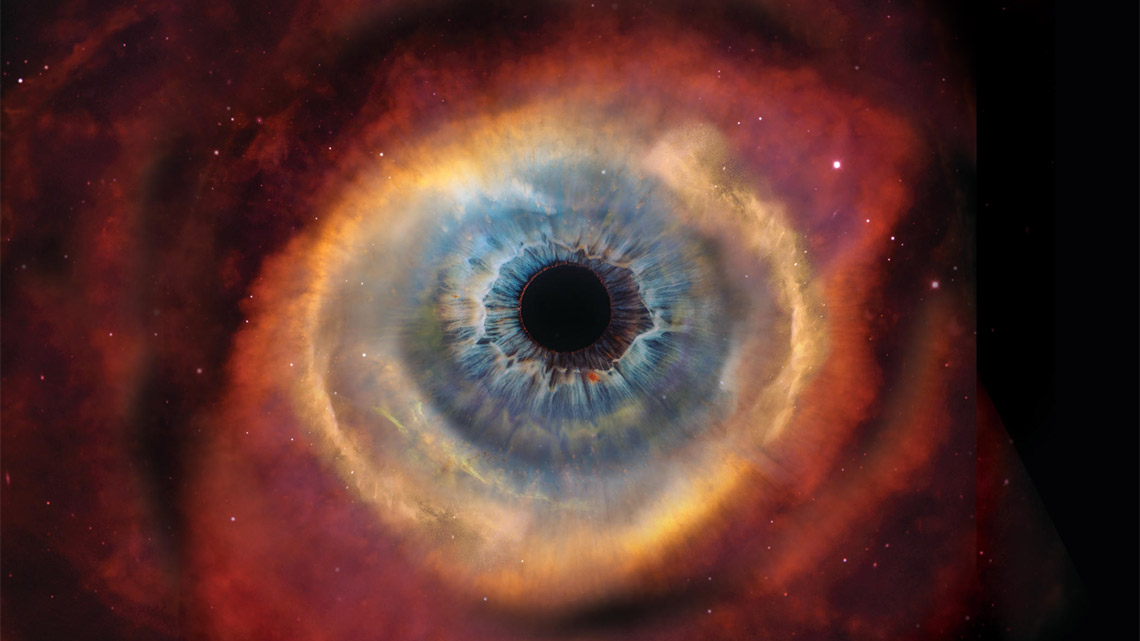 Still taken from an episode

Cosmos Shows How Rare/Indifferent Life on Earth Can Be

When PBS aired Cosmos: A Personal Journey in 1980, the host Carl Sagan brought scientific knowledge of the universe to the general public for the first time.

Cosmos set the standard for scientific documentaries for decades to come, including all the educational science shorts you probably grew up watching. Almost 25 years later, Fox is broadcasting a remake, this time with Neil deGrasse Tyson guiding us through space and time.

The original show set out to explain modern scientific theories of the universe in layperson's terms. The premise of the remake is simple: understanding science is important to solving the world's problems, and it needs to be cool to seduce the next generation of brains into the sciences.

They certainly do a good job at making science look cool. In an upgraded version of the Ship of the Imagination, deGrasse Tyson blasts through galaxies and leaps between vastly disparate scales, never dodging an opportunity to describe how species and entire eco-eras were mercilessly wiped out by meteors and volcanos. The simulations are so faithful to contemporary theories of outer space and molecular biology that one almost forgets that no camera has ever left our solar system or recorded cellular activity to the extent the prosthetic gaze of science lends us to believe. Although the show seems targeted at the most desensitized of 12-year-olds, I found it exciting to watch.

It's a clever show on another level too. You could make a drinking game where you'd drink every time deGrasse Tyson makes an argument that directly refutes evolution-denying religious fundamentalists. The rhetoric is immaculate.

I started watching Cosmos to zone out for a few hours while recovering from a night of drinking, but the show turned out to be a much bigger provocation than I expected. It didn't get better after encountering deGrasse Tyson's response to the people criticizing him for devaluing philosophy (no need to watch past his answer to the first question in that video). Basically, deGrasse Tyson says that there was a time when philosophy and scientific inquiry overlapped a lot; after groundbreaking scientific discoveries in the early 20th century, the armchair ponderings of philosophy no longer have anything to add to the progress of science.

Several people on the internet have made succinct rebuttals, like this reddit commenter who explains why philosophy can't be put in lay terms as easily as science can, and why it's value is often misunderstood. Science has taught us a lot about how our planet and universe work, but why is our society so indifferent to the destruction of the planet? Why does the world always seem on the verge of apocalypse, while everyone just goes about their daily life? These are the questions philosophers ask. They seem relevant to me.