Survey: Would you throw down for your phone? 68% of participants say yes. What would you do if someone swiped your baby?

From their media kit thingy

I went to their album release party last night, and was blown away both by how amazing this gruesome twosome is live, and also how full the audience was of annoying flanneled UNC bro’s and straight people fucking on the dance floor all around me.

So, Sylvan Esso just released their first, self-titled album. It’s hard not to be at least a little creeped out by how fast this band has gotten popular, especially given that their first album is only a whooping 35 minutes long, and they went on tour for it only two days ago.

At one point last night, after the show, while waiting for my friends to come out, I counted 28 pairs of loafers. This truly was not the queer hipster-ish crowd that I was prepared to spend the evening with. There was a weird, antagonistic, musky kind of stench in the air that, honestly, I blame their popularity at SXSW for.

Don’t get me wrong, although last night’s audience was almost too much to handle, the show was tight. This band is creating soulful electro-pop classics, and has the dance moves to go with them. There is just something so wonderfully earnest (two words I usually never put next to each other) about the marriage of Amelia Meath’s Mountain Man style vocals and the droning, yet thunderous beats Nicholas Sanborn creates.

If you haven’t checked them out yet, please do yourself the favor. Here, we’ll even make it easy for you:

Find out more about them here. 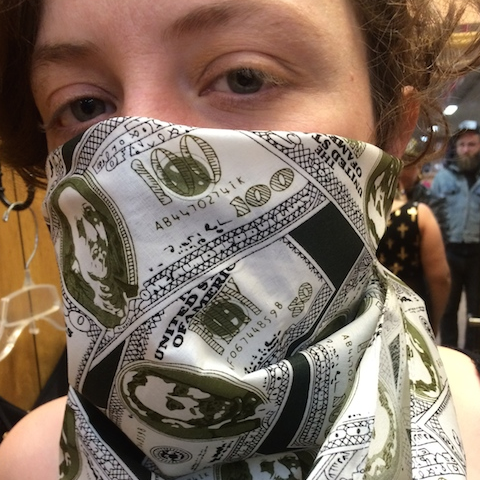 Roxanne Baker is a hag in residence at Mask Magazine. She currently lives on massive credit card debt in Durham, NC. If she's not hiding out in her coven, or at the Pinhook, you can find her creeping around the aisles of Beauty World.