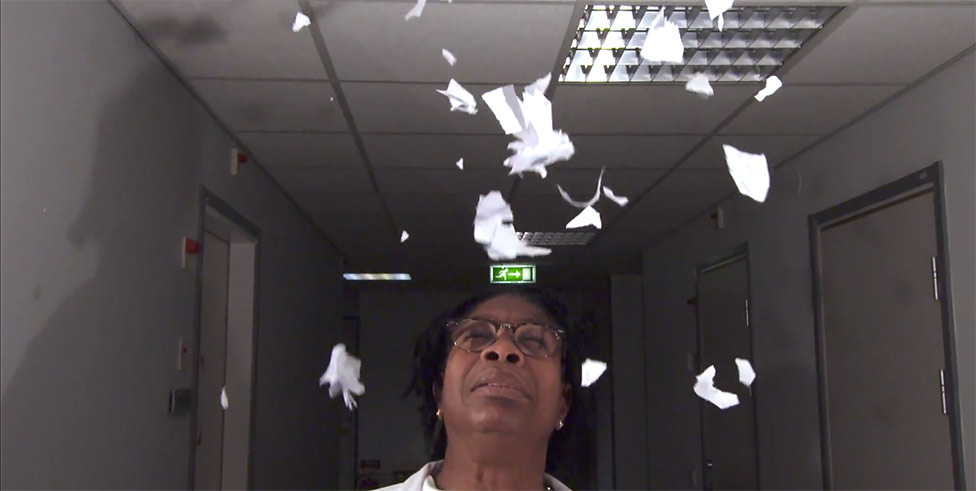 Still taken from the video

New Video from The Knife

The Knife released a new video today for “Without You My Life Would Be Boring” from last year’s album Shaking the Habitual. The video anticipates their June 17 release of Shaken-Up Versions — an album of their classics, reworked for their recent tour.

It’s an anthem to everyday people. An assembly of patients at an ordinary public hospital. Like other transgressive Swedish filmmakers (notably, Roy Andersson), the director Bitte Andersson flirts with bodies that are habitually invisible, sharpening focus on the strange and unique impression of normal and unspectacular bodies that meet in common space.

When The Knife erupted onto the world stage, fans were immediately taken by their mysterious, almost reclusive avant-garde performances. Later, singer Karin Dreijer Andersson found cult acclaim via her solo project Fever Ray. The Knife is the kind of band you fall for once and for all. The kind of band, for better or for worse, you accept no matter what. They’ve always been a step ahead (or right behind maybe?) the sentiments of “counter-culture” and radical politics. Shaking the Habitual, their most recent full-length, duly reflects the “disillusionment moment” we’ve probably all felt a bit in antagonist milieus, one that has coincided with rejecting (but never quite escaping) identity politics, norms, habits, rules, in both North America and Northern Europe. As they wrote in their manifesto last summer:

Everybody is always desiring already imagined things.
When we travel between thresholds, people say: “you’re hiding.”
Not everything can be so easily explained.

They want to fail more, they said. It’s hard not to root for them as they attempt to, if only because they so earnestly swing at a “shaking up” of order and signification. Of course, like us, they’ve been trying to tease out “what’s next” (and whether it matters) after finding the mechanics of struggle more repetitious than emancipatory. Don’t get me wrong: I love their music. But you can only go so far when every attempt at dejected anxiety produces a cute little “awww” from your audience and ten thousand awkward dance parties. Don’t let me fold your arms though, turn it up!