Bad News: The Key to the Abyss Is Turning 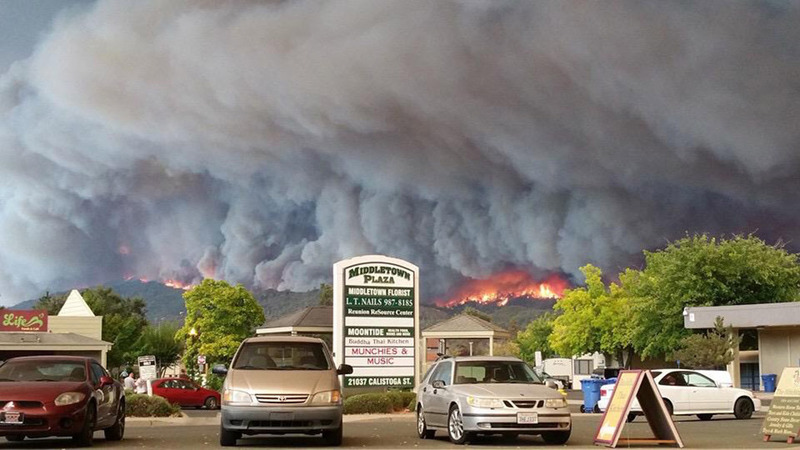 This week, we take a look at the anti-pattern of human civilization, namely the problem of events as they relate to our current situation. What I’m talking about, you might have guessed, is the apocalypse. No surprise there, probably, as it’s the theme of every week’s Bad News.

As refugees flee by the tens of thousands, flood waters rise, the dry woodland fires roll down the mountain side, glaciers cleave, and politicians ascend the pulpit begging God for mercy, someone’s gotta take notes. That’s where I come in. So pull out a shovel, dig a human-sized trench, soak a comforter in a nearby stream, crouch into the hole, and pull the wet blanket over your body because this week the flames are high and the wind is brisk. I hope you remembered your headphones:

The week began like most: with the unsettling realization that major and irreversable damage is being done to the global ecology. Australian bookie agency Sportsbet.com started taking bets today on specifically which of the worlds’ beaches will be lost to rising sea levels and erosion caused by the desertification of costal vegetation. But before you scrape your purse for change, remember that the house always wins.

If you’re anything like me (um, seek help immediately) you’ll have trouble deciding which side of the following spat you fall on: a drunk man lost his temper in a Japanese telecom store and beat up an emotionally-intelligent robot. He was arrested.

Now is a great time to care about your privacy – the US Justice Department is redoubling its efforts to force companies to provide historical records of conversations that happen on their platforms. The cat is already out of the bag, as it were, regarding illegal phone tapping and other forms of digital surviellance, but the rise in popularity of effective end-to-end encryption tools is forcing the government’s hand. And to that I say boo-yah.

Now is also great time to care about your poverty relative to the world’s wealthiest people. Especially if you live in the UK. Today a financial analysis of the British monarchy found that the royal family will be wealthier than it ever has been as Queen Elizabeth ends her record-breaking 63rd year on the throne. In related news, apparently the Queen of England is still a thing that happens.

Speaking of broken relics of the old world and their stranglehold over land and life, Los Angeles began a project of dramatically changing the transportation infrastructure of their city today, following the decision to add hundreds of miles of bike lanes and public-transit-only roadways. Supposedly it will take 20 years to finish, which unfortunately will be just one hundred years too late to avoid the damage caused by the entire previous century.

I feel like this last story of the day was just an elaborate ruse to get included in this week’s Bad News – c’mon, you can’t write an article about the imminent doom of a psychiatrist shortage and not be jockeying for a link on Monday.

You know those grouchy out-of-touch dweebs who say things like “hipsters ruin everything”? Well, I finally get it. Call me a sore loser, but this whole “Alternative Funeral” trend might be taking things a bit too far. When I die, I want something nice and simple. Something traditional. Bury my body in a box and build a 200 foot stone pyramid on top of that box.

Did you know that the Middle East used to be covered in dense hardwood forests? Yeah, if you haven’t read the Epic of Gilgamesh yet, spoiler alert – over the last five thousand years the entire region has been systematically deforested by wave after wave of human civilization. That’s why it’s so I dunno not surprising that now, the whipping, dry winds of cause-and-effect are literally lifting the earth off the ground and turning it into a tumult of sand and air blotting out the sun for hundreds of miles in every direction.

Um. Erm. Blink. Blink. Blink. A study published today by the Journal of the American Medical Association found that half of adults in the United States have Diabetes or are pre-diabetic. Half. That’s one over two. That means every other adult you interact with. Who am I kidding you know what half means. You know how bad this bad news is. We probably should be taking this more seriously, but what do I know.

Scientists at Cambridge have designed a robot “mom” that can build and improve her own children, bringing us one step closer to the Singularity, and one step further from appearing like cute and cuddly animals worth keeping around when the aliens arrive and consider whether or not to kill us or enslave us.

People are still talking about Kim Davis, the county clerk who refused to issue a same-sex marriage certificate and was later jailed for five days. I could care less about every element of this story. Big whoop. Who cares about this person, or marriage, or judges, or (especially) God? Not this guy. The one thing I thought was interesting is that presidential hopeful Mike Huckabee volunteered to go to jail on her behalf then claimed that “God intervened.” What a nation of idiots.

You know what? I want God to intervene on whoever is buying this luxury tank that Range Rover is developing that can withstand bullets, grenade and TNT explosions, and push through crowds of starving brown people with all the torque you’d need from a good four by four sport utility and the lavish panache you’d expect from your excursion guides at Range Rover.

For me, Wednesday was a special day. The day I curl up with my MacBook Air, several bags of chips, a few liters of cola, a messenger tab open to my Apple fanboy pals, and a browser tab open to the livestream of the Apple Event. I do it twice a year. It’s a sacred holiday.

For literally everyone else, Wednesday was not a special day. In fact it was probably the worst day in history. North Dakota became the first state to legalize the use of armed drones by police. A homeopathy conference accidentally dosed 150 delegates with a phenethylamine hallucinogenic. The US treasury froze the debt limit at $18,112,975,000,000, and may have difficulty making government payroll in the next few months. French scientists are bringing a 30,000 year old super-virus called Mollivirus sibericum discovered in melting Russian permafrost back from the dead. A study found that after all this time, Alzheimer’s may actually be infectious. A new prehistoric human relative was unearthed, whose existence is rewriting the entire story of how modern humans likely evolved. The bones came out of a deep subterranean cave that had been used as a kind of primitive cemetery, speaking of which you can rent a bunkbed in San Francisco for $1,800 a month if you can’t afford your own apartment. And, Hitachi (you know, the wand guys) is developing artificial-intelligence to lead warehouse management, effectively (literally) installing robot bosses.

So, just to recap: terrible day for you, good day for me. Let’s see, I got a TV, a pencil, a new iPad, some sweet phones (just in time, too), a few new watch SKUs for the holidays.

A Mormon scholar is predicting that my birthday – September 28th – could be the blood-moon day of apocalypse prophecized in Revelations and bring a devastating earthquake to Utah. Doomsday would be my second favorite birthday present, my most favorite was last year when my friends threw a surprise party for me at the fancy restaurant on the top of the Urban Outfitters flagship store in Williamsburg.

Whether it’s the ultimate victory of good over evil, or just us bumbling humans marching into the great maw of our own poor decision making, I just can’t say. But one thing is for certain, we are writhing and gnashing in a hell of our own making. For example, during a record-breaking and devastating flood in Japan, hundreds of bags of radioactive waste that had been collected during the cleanup following the last catastrophic flood in Japan were swept out into the stew of wreckage swirling throughout Iitate in the Fukushima Prefecture.

Here is a good quote from my main man Kai Ryssdal:

You can count on the fingers of one hand (and you’d only need one of those fingers, in point of fact) to tally up the number of people who have gone to jail for misdeeds during the financial crisis. One.

Evidently, the Justice Department still doesn’t know how or who to charge for the crimes committed by some of the largest financial institutions in America. I have one suggestion.

Let’s just gracefully transition to the fact that the people who shot and killed an Illinois police officer still have not been caught and officials aren’t even convinced that they will without it seeming like I’m using back-to-back examples for violence against the State and Capitalism, because that would be irresponsible and honestly a little insensitive.

And here we arrive at September the 11th, 2015. A day filled with “never forget” jokes, rescue-dog memes, Bush-did-9/11 GIFs, and all of the other accouterments of The Spectacle. What precisely we’re celebrating on this day, I’m not entirely sure.

A humorous little cute thing happened that will restore your faith in humanity at a White House press briefing on the negotiations related to Iran, religious thermonuclear war, and crippling sanctions that have been devastating three generations of Persians when one reporter accidentally triggered Siri on someone’s phone. What she said will shock you.

While we’re on the subject of how disappointingly unlikely “wealth redistribution” is to seriously disturb the global socioeconomy consequences of capitalist modernity, today outspoken socialist politician Jeremy Corbyn was elected to lead the Labour Party and therefore assumed the role of Leader of the Opposition in the UK, which I’m told means something important.

Flames racing across California have been out of control for weeks, in a state with no water, leaving 13,000 people displaced from their homes. Early sunday morning, a firestorm engulphed the city of Middletown, CA, and reduced almost all of it to ashes.

Tune in Next Week!