One Year Since 43 Normalistas Disappeared in Ayotzinapa, Mexican Students Clash with Riot Police

Bad News It’s my birthday! VW pollutes a little illegally and a lot legally! Gov loses millions of fingerprints! So many brain implants it’s starting to getting weird!

Organizational Doxing and The Future of Massive Leaks What happens when governments start doxing dissident groups on a large scale? 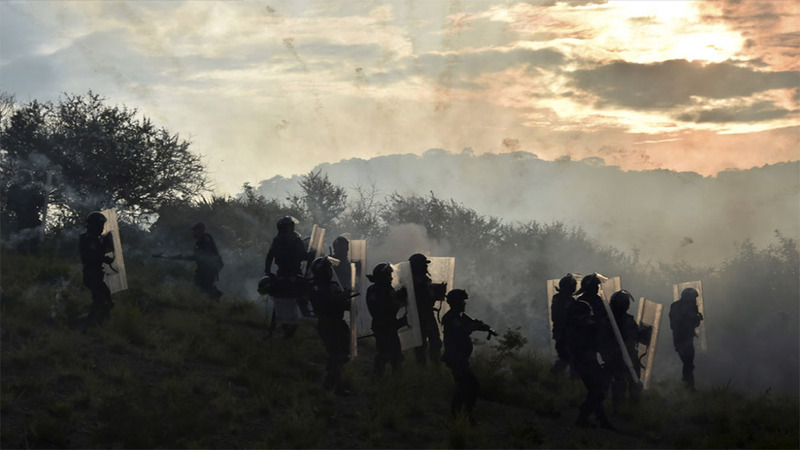 One Year Since 43 Normalistas Disappeared in Ayotzinapa, Mexican Students Clash with Riot Police

September 26 marked one year since 43 normalistas in Ayotzinapa, Mexico were disappeared by a coalition of Mexican police, politicians, state officials, and drug cartel gangs. The Mexican government put out an official inquiry into what supposedly happened to the 43 student-teachers, but the families and friends of the disappeared normalistas as well as independent investigators say that the official inquiry is flawed and may be covering up the involvement of senior political officials and the army. On September 22, 2015 a group of normalistas were heading to Chilpancingo to attend a protest against the government cover-up. While traveling on the Tixtla-Chilpancingo highway in Tixtla, at least 200 federal police stopped the normalistas from going further and sprayed tear gas at them. The student-teachers threw stones and Molotovs back at the cops and even drove a truck into a tunnel and then lit it on fire to prevent the arrival of police reinforcement.

On September 24, hundreds of Brazilians protested after the funeral of yet another child killed by Brazil’s police. One day earlier in Caju, a favela in Rio de Janeiro, 11-year-old Herinaldo Vinicius de Santana was shot in the head while on his way to buy a ping pong ball. Two of the cops involved say they had been confronted by a gang when one of their bullets hit Herinaldo, but an inspector investigating the case says that isn’t “the complete truth.” At least six children under the age of 14 have died during police operations in Rio de Janeiro this year.

NYPD officer Brendan Cronin pleaded guilty to attempted murder and other charges on September 22 in Westchester County Court. The trial concerned an incident on April 29, when officer Cronin fired about 14 shots at Robert Borrelli and Joseph Felice without provocation. Borrelli and Felice were driving home from a hockey game, and Cronin had spent the night at an NYPD shooting range before drinking 10 drinks at a bar in City Island. Borrelli and Felice had stopped at a red light when Cronin just went up behind their vehicle and busted shots. Felice was hit six times but lived. Borrelli wasn’t hit but had to rush his friend to the hospital. Cronin blamed it on the alcohol and, after accepting a plea deal, will likely serve nine years.

On September 23, Delaware police shot 28-year-old Jeremy “Bam” McDole until he fell out of his wheelchair. The police had received a call that afternoon about a man with a self-inflicted gunshot wound. Video of the incident shows one cop pointing a shotgun or rifle at McDole and telling him to “drop the gun.” More officers arrive and tell him to put his hands up. No gun is visible in the video. After McDole, now visibly bleeding, fidgets around a little, his hand goes near his waist, and the cops open fire. He then falls from his wheelchair. Cops claim they found a .38 caliber weapon on his side, but his family insists that he was unarmed.

Over 860 people have been murdered by police in the USA so far in 2015 including 19-year-old Keith McLeod who was shot by cops for imitating a gun with his fingers.