Blood Money How Clinical Trials rebranded themselves after the 2008 recession. 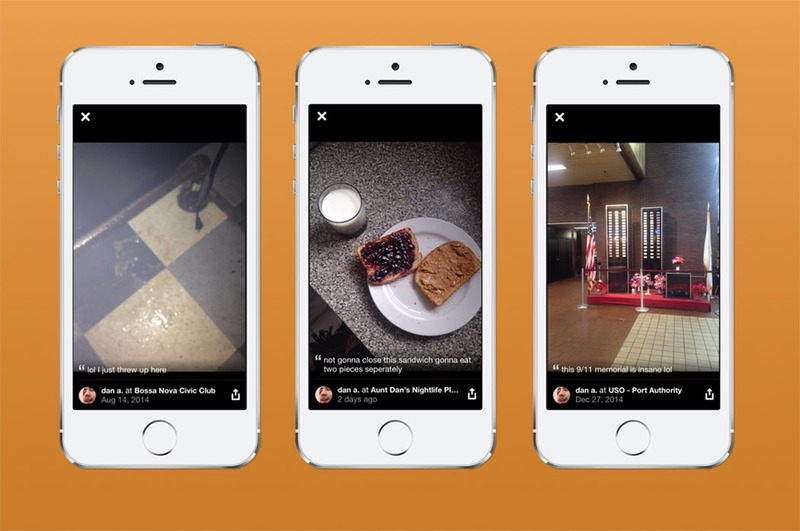 You’ve been doing it wrong this whole time.

I’m going to share a little secret with you people in the form of a cell phone app. I’m not sure why, because to be honest if this social media platform blows up and gets super wack like how Instagram is now, I’m going to be furious.

Swarm is essentially the new Foursquare. Foursquare allowed you to share your thoughts and opinions on establishments and see what others were saying as well. At some point last year it was mandatory that you update and add Swarm to your phone to continue using Foursquare. Now you’re probably asking yourself “What is this app and what does it do?” Or you probably straight up don’t care, because who would even think about using anything based on Foursquare in 2015? Here’s the thing: with Swarm you can “check in” wherever you go – a restaurant, the neighborhood deli, the laundromat – allowing your followers to see the places you frequent. You can tag your friends if they’re with you, add pictures, and write a short update. It’s basically an app for losers who don’t do much cool shit, since with Swarm, the smallest thing like visiting Auntie Anne’s Pretzels becomes a social media event worthy of sharing. But I’m not a loser and I use the app everyday and it’s totally fine because, like I just said, I’m literally not a loser.

My preferred method of checking in is this: I take a photo, select the location I’m at, tell everyone who I’m with, and try to catalog the experience based on how I’m feeling at that moment. This method maximizes the functionality of the app, which is great if you’re good at pairing text and image like me. 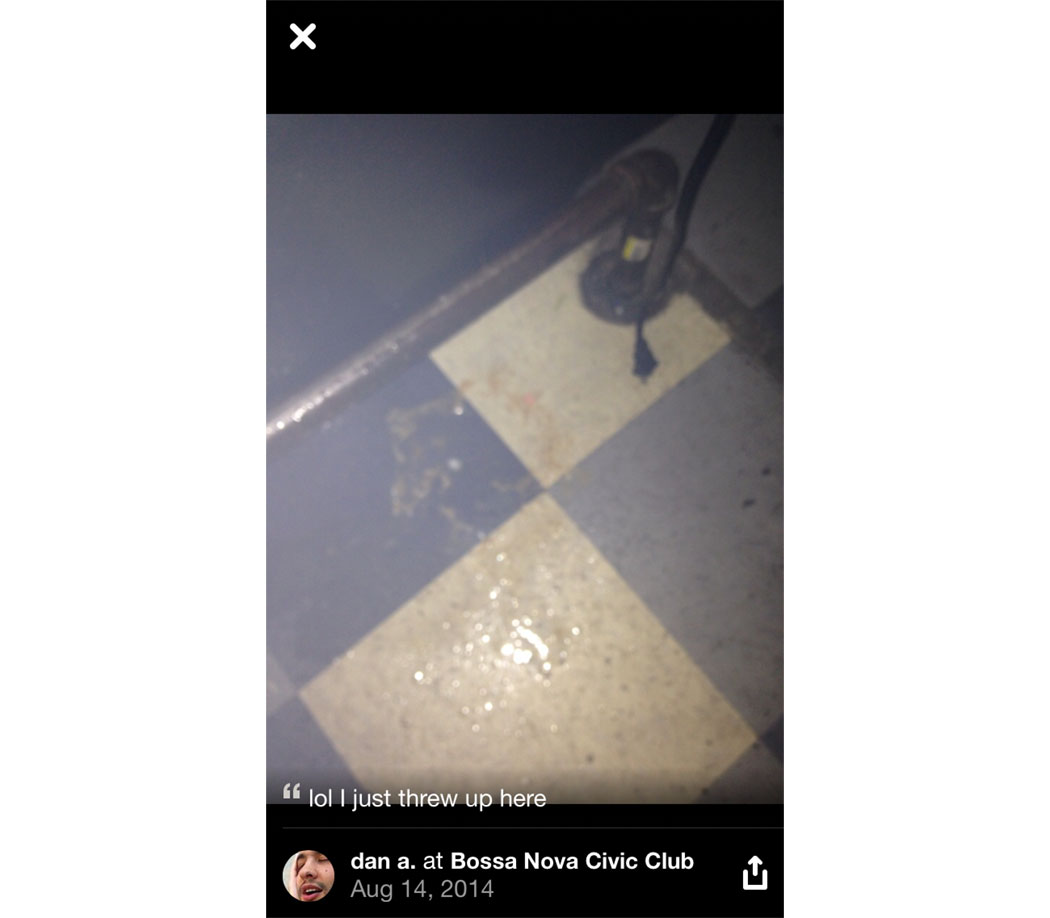 This is not how most people use it, however. Most people like to just do it the quick and easy way which is to simply check in without adding an update or a photo – only the location and that’s it. If you ask me, these people need to be put up against a wall and shot.

Let me explain. Swarm is a healthy substitute for Instagram at this point in the latter app’s legacy. Have you been on insty lately? It sucks. I don’t give a flying fuck about anything that anyone is doing over there. If you're a hot person you post too much. If you are a nightlife person you post weird pics of your friends at like 8:00 am that make me feel nervous for you. If you are rich then who cares your life is great and you have less problems than everyone else so fuck off. I remember getting 5 likes in the early days and being blown away. Now if I post a selfie where I’ve clearly drank too much and my disgusting body is showing and it’s blurry and it doesn’t break 50 likes I crumble. I’ve reverted to only looking at insty on my laptop because it’s a faster way to scroll through that vile wasteland of a feed. Plus, on Swarm you’ll never see a party flyer. 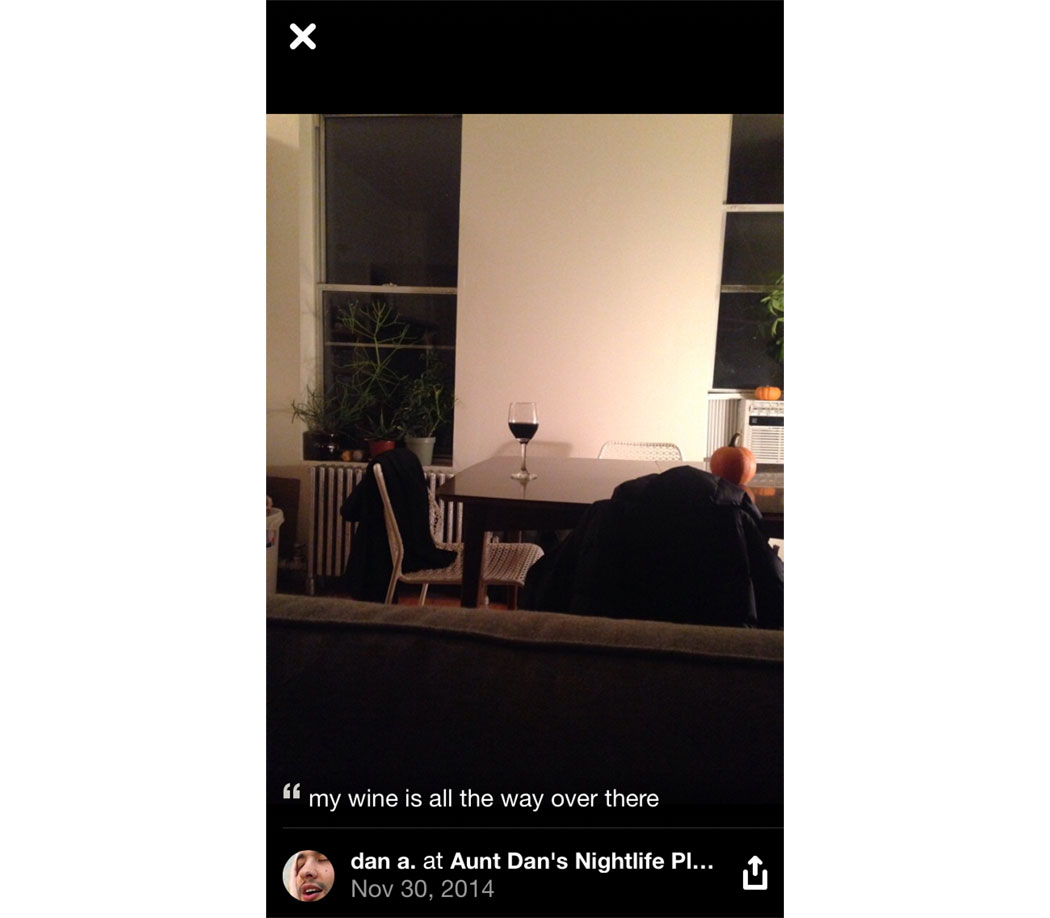 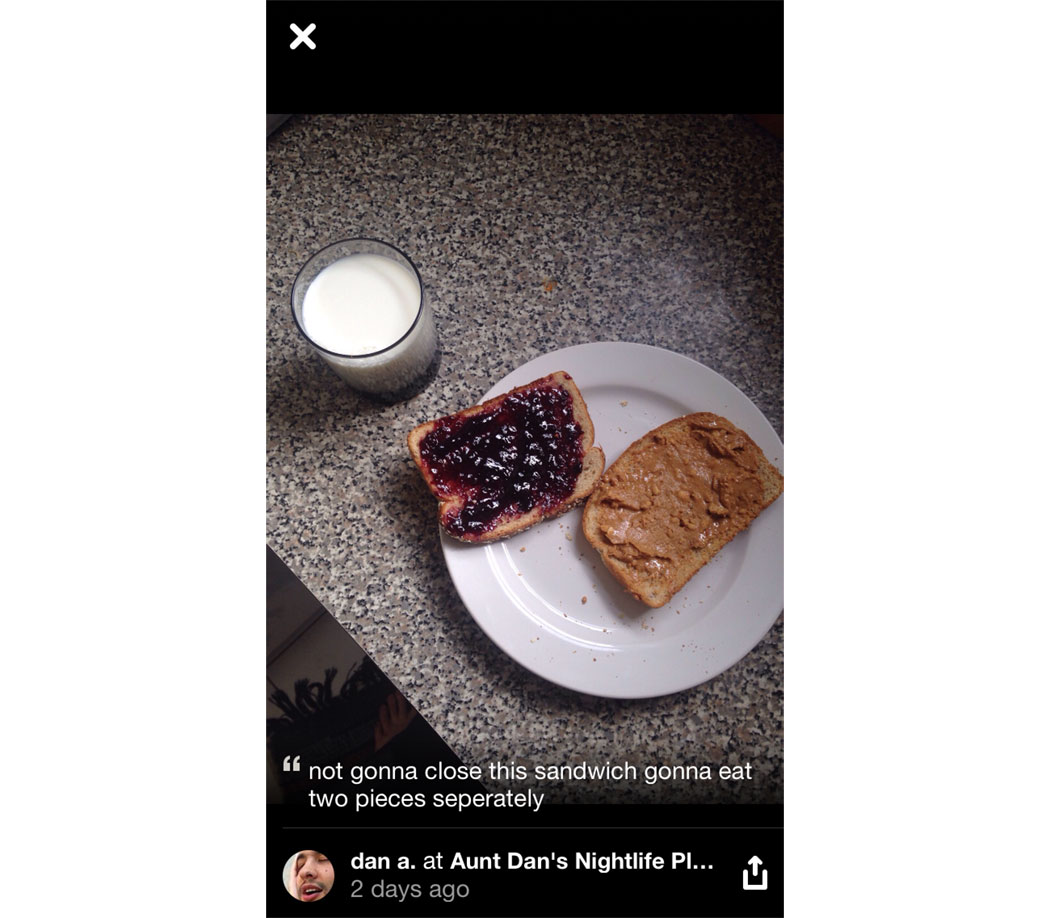 With Swarm, it’s a little harder to cheat the Like system. You basically have no friends on the app, and it becomes quickly apparent if you’re not a clever person and therefore easier to get fed up with and unfollowed. There’s a point system which ranks you and your friends but I haven’t tried to figure it out because why would I care about shit like that? Living your life and Checking In along the way is a not a race or competition. Sike: we’re all racing towards our own death and Swarm helps really turn it up and get things cooking.

The app becomes a useful tool if you wish to record your everyday bullshit and look back and reflect on them months down the road. Every boring meaningless thing I do is cataloged over there on the app. At this point it’s become a reflex for me to check in; and of all the apps I use it’s the one where I least consider having an audience. I convince myself it makes me sharper and more in tune with my surroundings – I’m referencing my physical world and making a quip or observation about it and then making it public and up for scrutiny. But, honestly, it’s just something to do on your phone to avoid all of your problems for like 20 more seconds or until a good tweet pops in your head. It does feel a bit more private than every other social media platform. I can really let loose and let it rip.

Alright, so that’s it I guess. I might take a bedtime selfie and Check In at my apartment, then wake up and be one day closer to death. See you on the app, b*tches. 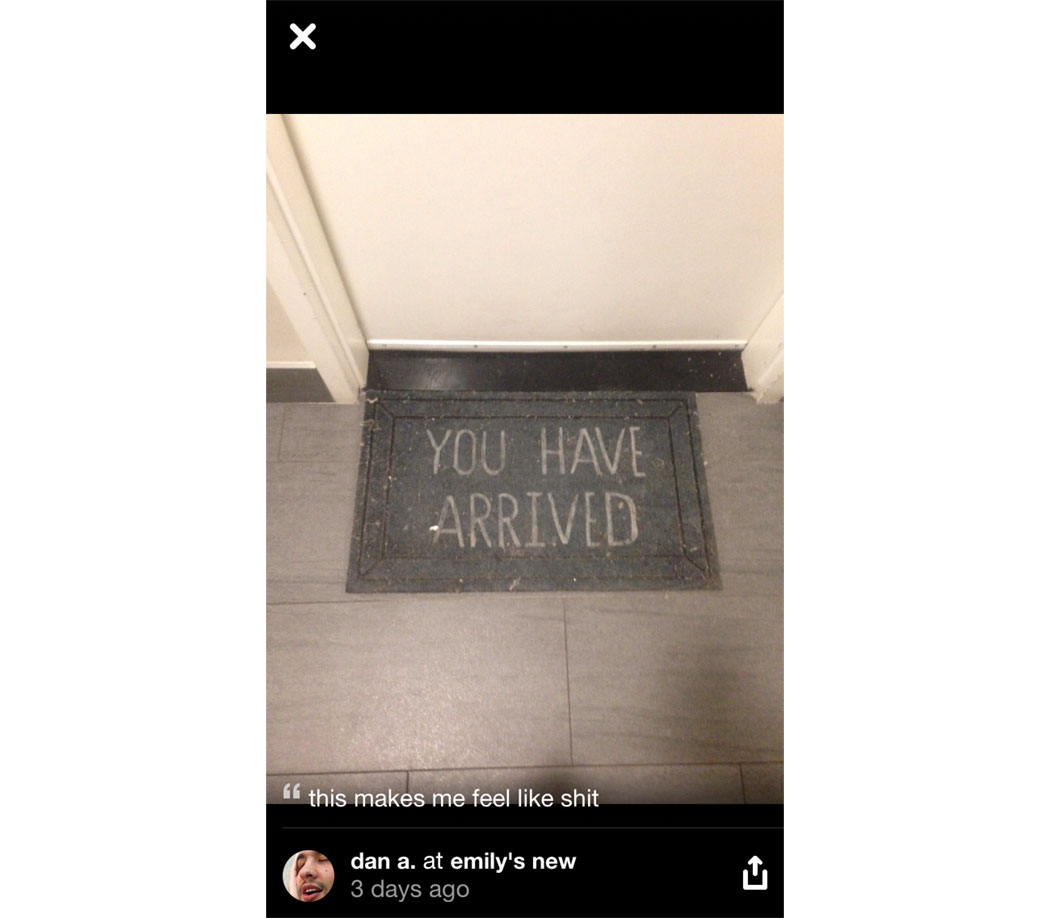 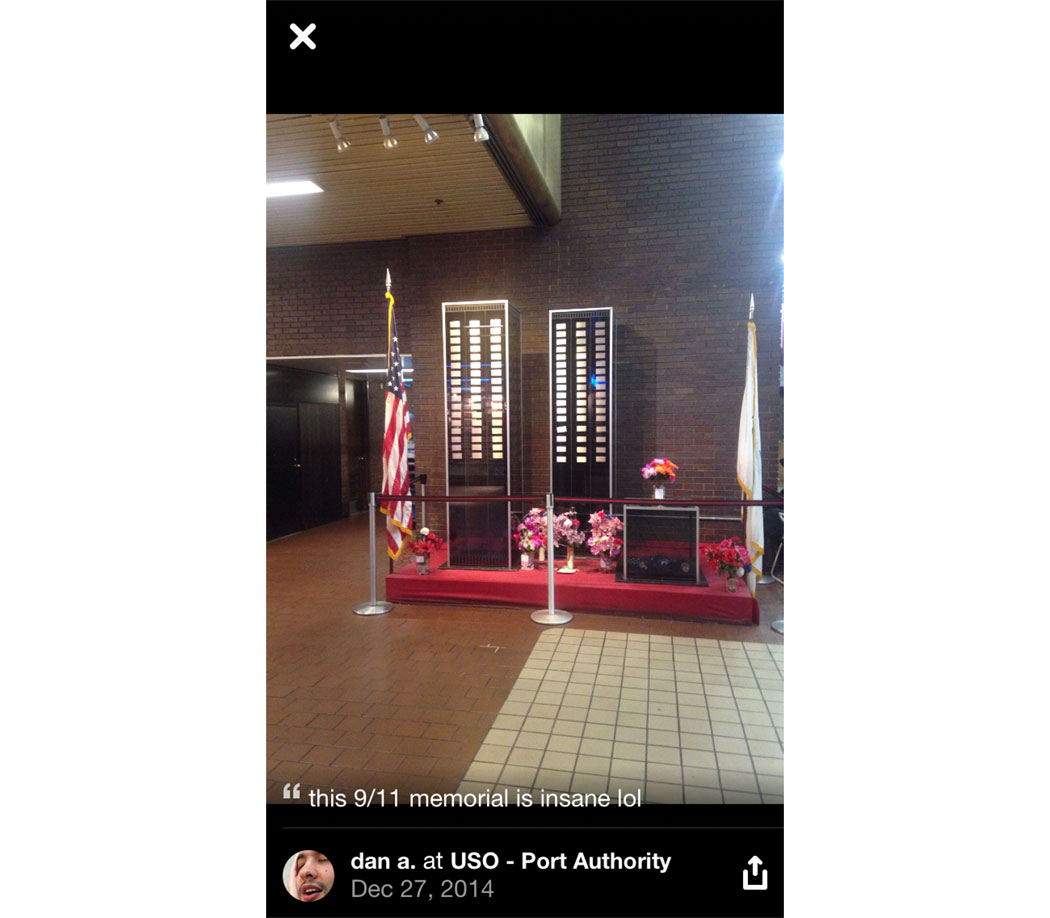