Scabies Helped Me Quit Weed After smoking weed regularly for half my life, a demonic possession made change my habits. 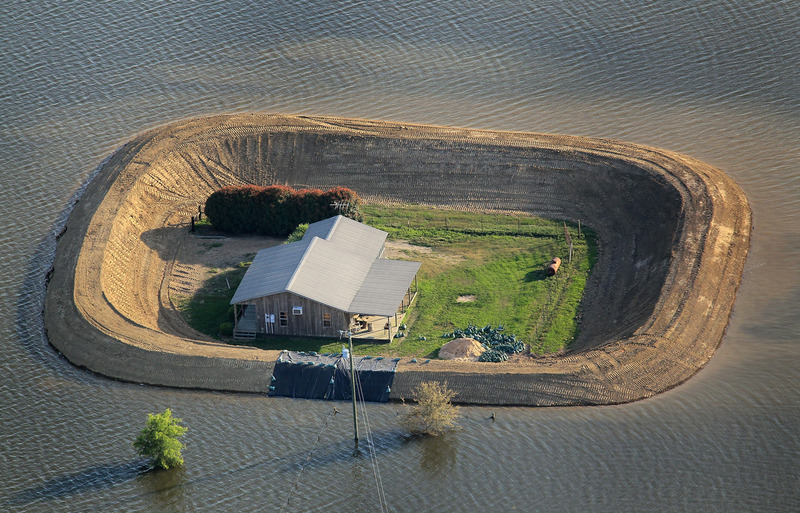 I’m so late with this, there’s no time for formalities. Quick recap of my week: it basically sucked. I spent the entire weekend in line for the bathroom at the LRAD party we threw at MoMA PS1, then the rest of the last few days too sore to move.

If you haven’t done this before: buckle up, open this page in a fresh browser window, cue the soundtrack, and prepare to be not super pumped about the socioeconomic conditions of the planet!

According to National Geographic, a legendary ancient city long believed to be buried deep in the mountains of the Honduran Mosquitia rainforest was located and photographed. Notably, it has remained undisturbed since it was last populated, which scientists believe could have been one thousand years ago. So, what’s the bad news? Illegal slash-and-burn deforestation on behalf of US fast-food cattle farms are only 12 miles away and closing in quickly.

Two chip-makers introduced substitutes for passwords that use digital readings from the human body.

In perhaps the worst news of the day, Forbes released its list of the richest people on the planet, and you’re not on it. Together, the 1,826 billionaries (290 of whom are newcomers) own a majority of the world’s wealth, control a majority of the world’s industrial production, and have enough money to feed, clothe, and shelter every living person for the rest of our lives, cure all our treatable diseases, and probably front us some cash for a new laptop.

A new report finds that Mt. Everest is full of shit – the waste left behind by every mountaineer since 1953. 4,000 people have dug holes in the snow on the tallest spot on the planet and shat in them for half a century, and while a majority of it has been scooped up later by native Sherpas and dumped near the Sherpa village of Gorakshep, visiting climbers still leave 26,000 pounds of human shit behind each climbing season. I find the continued disregard by (lets be honest mostly white) people for the things they find ‘beautiful’ to be quite moving.

Spot of bad news for the sexually-repressed and chronically-depressed 50-year-old women in the central time zone: Oprah is closing her production company, HARPO.

Better kick cigarettes ASAP: the Association of American Medical Colleges predicts that there will be a shortage of 90,000 doctors in the United States by the year 2025. Too bad everyone I know who actually wanted to be a doctor when they grew up is currently binge-watching the new Tina Fey show on Netflix between double shifts at the old people’s home just to make enough money to pay for their used car and two kids.

Speaking of quitting smoking, The EU will fail to meet its goal of cutting greenhouse gas emitions by 2050. Honestly, they are going about it all wrong. Everyone knows if they really wanted to save the world from industrial capitalism they could have just gone vegan in ’06.

Political exile Edward Snowden has repeatedly claimed he would return to the US if he was given a “fair trial”, and Russian lawyers announced today they are moving forward with plans to do just that.

This isn’t really god or bad news, but according to my Twitter timeline it was sort of news at least: the ABC Family show ‘The Fosters’ aired the youngest same-sex kiss in TV history between two 13-year-old boys.

The real news of the day was that evidence that Hillary Clinton used a personal email address and actively deleted her own records during her service as US Secretary of State instead her using an official .gov email. Oh wow. You don’t want to be spied on by your own government?

A bit of follow-up from last week’s rumors that the Department of Homeland Security would lose funding during budget disputes: President Obama signed an expedited funding bill for the DHS which will give the institution money to basically systematically fuck over immigrants and spy on mosques until September when a larger budget can be agreed upon. Fwef, that was close. I feel a lot safer knowing that the SS can afford to iron their uniforms.

On the no-shit-sherlock desk, a report was published by the US Justice Department finding evidence of structural racism in the Ferguson Police Department following months of outrage regarding the death of Michael Brown.

Meanwhile, Mike Brown’s mom could face charges after tearing down a vendor booth selling shirts with her son’s name after she asked them to stop. Brown’s stepfather is still facing possible charges about comments he made following the acquittal of Darren Wilson, the officer who shot down the teenage boy. Hmm. Ugh. Gah. Fuck it all.

A prominent African LGBT activist living in exile in the UK may be deported to Nigeria where her life will be put in immediate danger unless she can “prove she’s gay”. Skeptics in the courts suspect she may be “dressing like a stereotype” simply to stay in the country. What the fuck, go to hell you assholes.

I hate when people make “down under” puns about Australia, so I’ll just jump right into this fucked up shit: the Australian government has secretly been killing hundreds of koalas.

Oh, and this: Samsung announced it would be manufacturing a $31,000 dog kennel to be awarded as a prize for Crufts, the world’s largest dog show. FYI, that’s the same amount of money the average person makes in three years. If that’s at all disturbing to you, I’ll just leave this here.

NASA reports Mars was once covered by fertile ocean and may have evidence of life. This post is tagged as “#reptilianoverlords”.

Speaking of desert wastelands of the human condition, a Swedish art museum in Malmö has hired several Roma panhandlers to beg for money inside of an art installation. They are being paid four times what they make in a day, so, you know, it’s cool. Smh.

In more homeless news, a homeless man in Boston allegedly stole a red aircraft warning beacon from the top of the the Zakim Bunker Hill Bridge in Boston. Hey, personally, looking at pictures of this bridge, I think this should be a fucking Olympic event, but apparently authorities are calling it “breaking and entering” and “felony sabotage”, and “possibly terrorism”. What a boring police state.

Breaking news: ISIS is still ISIS. They keep bulldozing historic monuments and ancient Assyrian cities. I found the archeological toll this conflict is playing pretty depressing until my perspective shifted just a smidge when I saw this article about the 90,000 twitter accounts ISIS controls and uses to tweet pictures of them throwing gay people from four-story buildings.

That last link was from the Daily Mail, generally a pretty fucking dumb right-wing internet tabloid. Sadly, while I was there I wasn’t able to avoid seeing this article about a Dutch man who reportedly listed soap made from holocaust victims on eBay. Jesus fucking Christ people.

And hey, while we’re on the subject of heinous war crimes, Lockheed Martin, the mega-corporation responsible for the majority of the world’s deadliest military weapons, is almost done testing a 30-kilowatt laser capable of vaporizing an engine block in a “matter of seconds”. We have a mason jar in our office where we keep coins to save up for snacks, or at least that’s what we were saving for until I saw that article. It now says “Death Ray Fund”.

Today also marks the anniversary of the disappearance of Malaysian Airlines flight 370. There are no jokes about this that haven’t already been made dozens of times, because like I said: it’s been a whole year already.

Usually by the time I get to the Friday news, this article is looking pretty fucking depressing. So I like to add a little light-hearted funny thing at the end just to give you a little boost before the last bad news of the week. So here goes: The National Front, the far-right nationalist party in France, is now almost certainly going to become that country’s most powerful political party. Haha, you thought I was serious – everything sucks, haven’t you learned that by now?

Speaking of massive historic monuments built by slaves, President Obama spoke at the famous Selma bridge today, stating “we’re the slaves who built the White House”, further proving my theory that his presidency has just been an elaborate Wondershowzen skit.

Happy International Women’s day! To celebrate, here is a list of international women some dude on the internet (me) has been inspired by: