Starbucks’ Race Together campaign under fire from everybody with a smartphone. 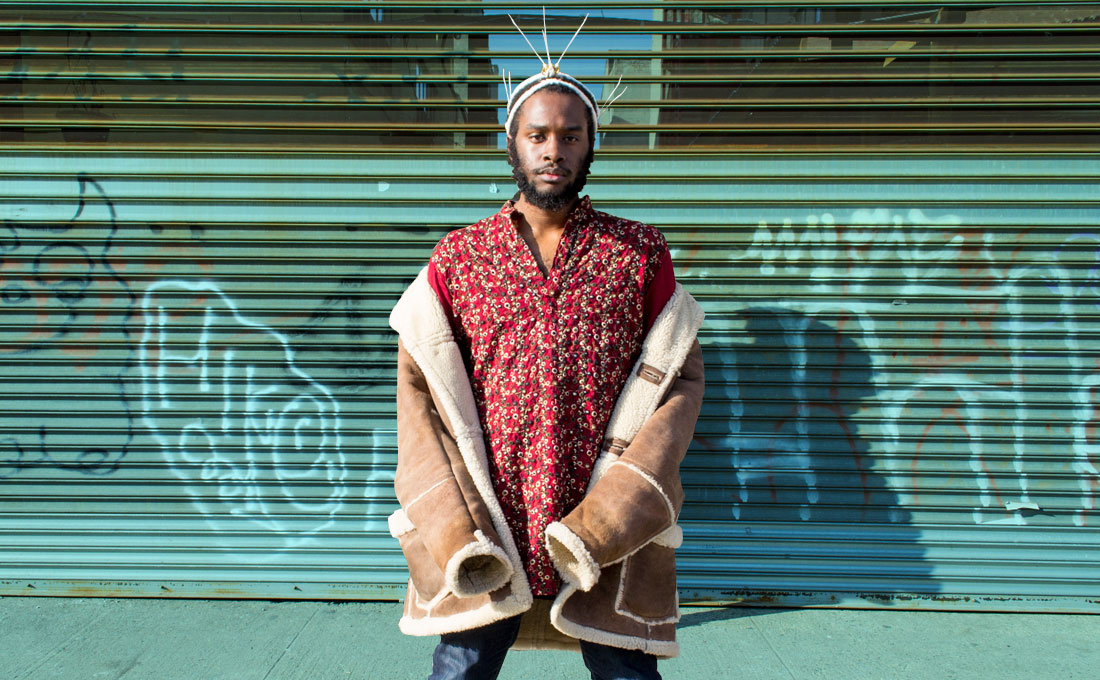 Baltimore’s Wizard of the Real

Straight out of Baltimore, Abdu Ali brings you a landscape of beats, sounds, shouts, wails, pitches that don’t normally get mixed together. He is best known for reinvigorating Baltimore Club together with DJ and producer SCHWARZ. But if you’re expecting that distinctive bmore club beat, you may be startled at first listen: Abdu Ali’s sound doesn’t fall easily into any one category. It’s too well-produced and melodic to be punk or noise, too experimental to be “just” Baltimore Club or hip hop. A real artist, his work is unique enough that you won’t immediately know what to think. But if you share Abdu Ali's cynical outlook on the world, it's likely the sometimes harsh discordance feels welcoming, soothing almost, rather than abrasive.

Abdu Ali does not settle for harmony or likability. He speaks realness, strives to be a voice of the unheard, and to express in music the world as he sees and experiences it. But his most recent track is a step in a different direction – it isn’t pop, but definitely something more accessible:

Abdu Ali clearly manifests a kind of entrepreneurial drive; in just the last three years, he’s put out three mixtapes, featuring collaborations with Blaqstarr, DJ Kilbourne, and DJ Dizzy. And he is already working on his first full-length album, to be released this fall. As if that weren’t enough, Abdu Ali is also behind the new, bimonthly party Kahlon, which strives to bring new, interesting artists into the spotlight and to bridge gaps between different music scenes in the heavily segregated Baltimore. He is currently finishing up his “Keep Moving” tour – you can catch him in Oakland tonight, San Francisco tomorrow, Los Angeles on Saturday, and in Brooklyn next Wednesday.

We sat down with Abdu Ali at the start of the tour to talk about his unique sound, inspiration, and upcoming projects. Mikael Brunila contributed to the interview.

“True shit is what I want”

Your lyrics are often explicitly critical of the police, the war against black and brown people, homophobia... It seems like your politics and your discontent are primary, that they came before your decision to make music. Is that true?

Speaking out against racism, black oppression, and sexual prejudices in my music is an act of raw expression. Music is a way for me to paint my feelings and life perspectives on things that challenge me everyday – like racism and homophobia – and to express them in a way that comes naturally to me. I guess I have always been a very quiet and serious witness to the shade of the world we live in but I never spoke out about it until I started doing music – that opened the floodgates of emotions. But I only feel right speaking about real life shit in my music and that isn’t always the political things, but other stuff like sex and turning the fuck up because a bitch is mad and oppressed.

Mikael Brunila: Many club visitors around the world became familiar with the sound of Baltimore Club some ten years ago through Diplo and other producers. Growing up Baltimore, what did the music mean to you, beyond that unmistakable beat? And how far back does the sound actually go?

I feel like I came out my mother’s womb listening to Baltimore Club.

I feel like I came out my mother’s womb listening to Baltimore Club Music and house beats. It’s a sound I always heard, all day, everyday. In the 90s, it was so popular and popping – the radio played it all day. I also see Baltimore Club as something positive and comforting because we always played it at special gatherings, celebrations, block parties and so on. It’s something I associate with happiness and rejoice.

Beautiful things sometimes come out of fucked up situations. In the 90s, Baltimore – like many other black American cities – was going through a lot of shit, like drugs, AIDS, and so on. I feel like we needed something to help us exit that harsh reality. Baltimore Club was that path to Nirvana – even if it was only for a moment. 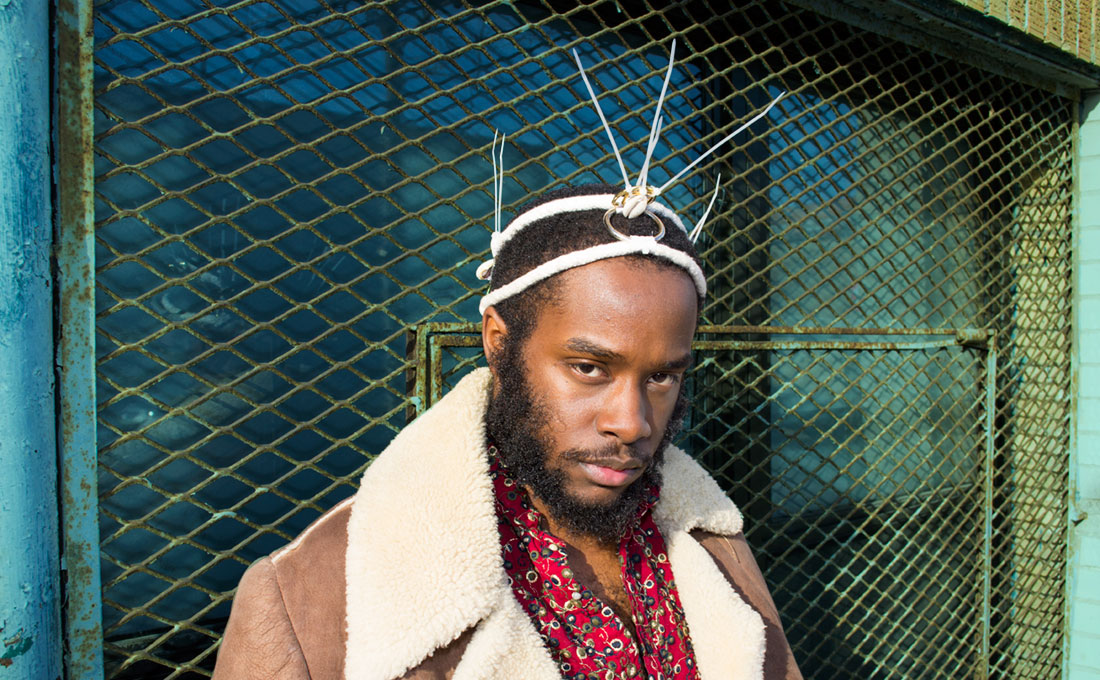 You’ve been making music, performing, and touring for about three years now. How do you supported yourself financially?

I’m blessed to be able to live off of doing shows. I never thought it would be possible but it is. I feel like America doesn’t want you to feel like you can be an independent boss bitch but obviously if you look deep through the shade that’s what this country is about – being a boss bitch, an entrepreneur. Living as an artist is still hard especially in America, where there aren’t systems in place to support artists financially – least of all artists of color. We’re not taught to be financially inclined and make investments but there is a way.

America doesn’t want you to feel like you can be an independent boss bitch.

Your music draws on a wide mix of genres. It has been described as existing in the space between punk, noise, and Bmore Club. What about these genres are you drawn to?

My sound is everything that musically provoked me profoundly. Hip hop is obviously the base because it’s serves as the narrative of my life (and is very punk in my opinion too) – it’s raw and honest which I appreciate. Baltimore Club is my sound (which is very punk too) and I love how when you hear that bass knock you’re instantly compelled to move. And noise music I love because it is just noise with no boundaries.

It seems you frequently make allusions to Afrofuturism, Sun Ra in particular, in your work.

In general a lot of Afrofuturist artists like Sun Ra, Alice and John Coltrane, and Rick James inspire me. There’s a lot of spirituality in their music. Many jazz artists, especially Sun Ra, were trying to bring divinity to people with their music – that’s what I try to do as well. Connect everyone to space because I see that as a place of true peace.

Kahlon is about giving a platform for special artists and a show to an audience who loves music. It was born out of a void I thought needed filling. A lot of the music shows in Baltimore were just that same redundant stuff happening. One show was all punk artists, another was nothing but rappers who all rap on the same fuckin beats. The shows were boring and I felt like no one was getting anything out of the shows. I felt like the shows needed more special and focused curation. First of all, to have a lot of different kinds of musicians on one bill – they may sound different but they may all share something else. A lot of people let their friends who don’t really care to be musicians play at their shows – no shade but I’m not about that life. The stage is a special platform and too many bullshitters who ain’t about that music life take up space from those who really care and want something more than just handclaps out of music. So I only put on people who I think are really out here trying and are special. People need to be more serious when planning shows so something real can come out of it – that’s what Kahlon is doing. This shit ain’t no joke for me so I ain’t fucking with no jokers.

You’re half-way through your “Keep Moving” tour. The tour shares the name with your most recent track, which is part of a new full-length album you’re planning to release next fall. What can we expect from your next album?

Octarine will be about being real. Being transparent. Being alive. I want to make it tangible to everyone and hope to pull in a lot of different people listening to the album. I listen to Bob Marley or a lot of other reggae which in my opinion is the second most popular sound of the world after rap. I love how the reggae sound is open to everyone, feels good, and makes me happy. Even if it’s about something dark. It inspires people to be alive.

I want to be more vulnerable, too. I want to be human and need to be loved just like everyone else does. That’s what I’m giving into this new shit.

Who are some Baltimore artists you think people should be paying attention to right now?

There’s a lot of music magic going on in Baltimore right now. I think people should listen to Young Moose, elon, DJ Isabejja, DJ Dizzy, and Chiffon. They are all really special and really Baltimore.

This shit ain’t no joke for me so I ain’t fucking with no jokers.

What are you looking forward to in 2015?

Octarine and touring. Shows in South America and Africa. Festivals! That’s it.