July Horoscopes thwart our desires and whip our frustrations into a fine foam.

The Minor Escape “Maybe I could live forever, eat forever, off this intriguingly friable belief in myself.” 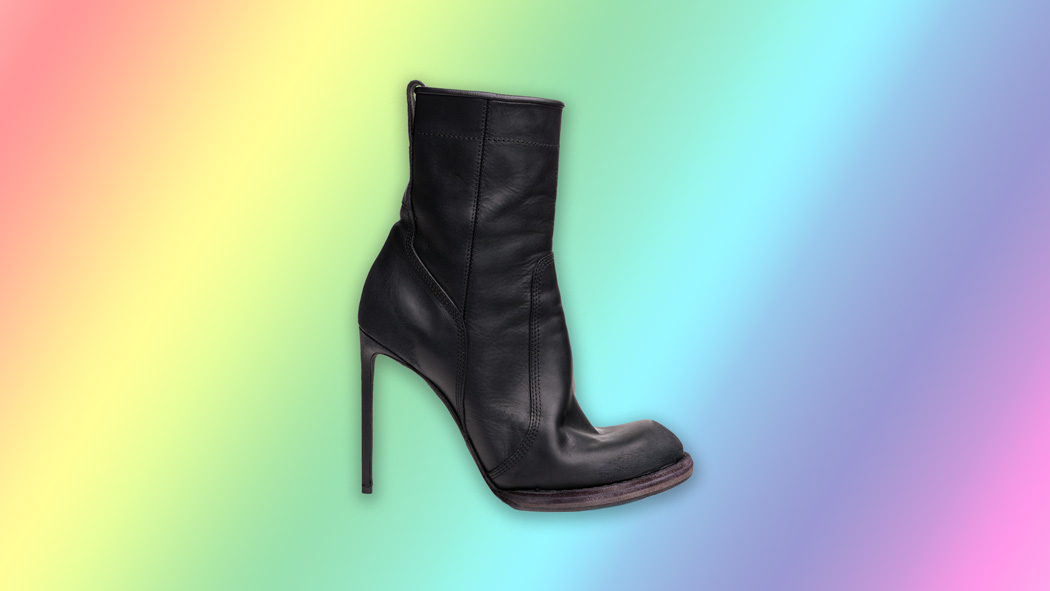 Walking into the lobby of the Grand Hyatt Hotel in Washington, DC, as a first-time attendee of Black Pride, I wondered anxiously about the weekend ahead of me. My expectations were low – about on par with what I’d become accustomed to bar-hopping in the city. I figured that I would walk into a room of boys judging other boys, their bodies, and their looks. That I would feel as unwelcome as I’ve felt before among the often exclusive, white gay community. I assumed that going would mean putting my body on display for men to project onto their judgements and insecurities. But not going, thereby isolating myself from the black queer community, was out of the question. Instead of shutting myself in, as I did the year before, eight weeks prior I signed up to volunteer – the partial insurance I needed to guarantee that I would attend. I felt determined to go this time because I was near done with the queer community and hoped DCPB would be my salvation. Or, at the very least, an act of resistance.

The possibility that I could walk into a room and really be seen was, to me, completely unimaginable. So often have I felt disregarded and overlooked in spaces that almost exclusively cater to white, upwardly mobile, cisgender, gay men. Men of color, black men in particular, and women are often cast to the periphery despite lip service that boasts an inclusive environment. In these contexts, having black skin often renders me invisible in plain sight.

On the night of the opening reception of DCBP, instead of walking into a room of indifference and rejection, I walked into a community. Into a space where everyone could see me for all that I was, all that I could be, and all that I was on my way to becoming. In an instant, my perspective of Pride had met a flashpoint.

About an hour before my shift began on the second day, I danced my ass off in a session that taught the fundamentals of vogueing in high-heeled shoes. Imagine, a room of black queers bumping and grinding to the super sweet stylings of an angsty, break-up song. To complement my black three-inch-heeled ankle boots, I wore a pair of black tights underneath a small, grey T-shirt. After the class, as I headed to the lobby, I traded my heels for a comfortable Adidas sneaker. As I stood in the lobby, awkwardly attempting to feign a smile, and keep off the hook-ups apps, one of the Pride organizers walked up to me from behind.

I assumed this was a reprimand for being out of the agreed upon uniform. I urgently uttered back, “I just came from one of the workshops, but I can change if you want me to. I–” His eyes softened and his smile stretched from ear-to-ear. He then repeated,

“Ishmael, you’re wearing those tights.” He added emphasis this time, enunciating the syllables in his words so that I would not confuse his compliment for anything else.

I remember guessing the number of times that I had worn this outfit – tights, a neutral T-shirt, and sneakers, what I considered the quintessential aesthetic of my queerness – and had passed incognito. I remember also thinking that if he weren’t gay, he would potentially want to occupy the void in my life – and my mother’s – made by my absentee, mentally ill father. But the feeling in this moment was unlike anything I had experienced in the past insofar that he had seen me from the vantage point of a gay black man. He was not a black man who wanted to become my surrogate father nor was he a gay man who, as a rule, refused to date black men. He saw me from a third perspective, however, that I had rarely considered possible. The acute shock I felt to my body was tremendous, like a current of electricity had passed through my veins. It took a minute for my heartbeat to return to normal and for the room to stop spinning. After two minutes, the sweat on my forehead dried. The pounding in my head ceased and after five minutes, I was back to normal. There, in the wake of this moment, I had to recount the many times that I had felt invisible in spaces antithetical to my personhood, even though I had a right to be seen.

My desire for this feeling, I think, has everything to do with my upbringing. During my adolescence, my mother signed me into several mentorship programs led by black men in an effort to socialize me alongside other black boys. Perhaps her most significant worry in the wake of her divorce was that her children felt “fathered.” So, I went to meetings and played along for both our sakes. I enrolled into the Boy Scouts and joined a men’s ministry and said yes to everything: sporting events, game nights, birthdays, camping trips, and lock-ins at church. But after awhile, I couldn’t escape the idea that more than a few of my so-called “mentors” were using me to see my mother romantically. This could be true or there could be some residual anxiety in light of my parents’ divorce. For whatever reason, for a very long time I did not trust men, black men especially.

Years later, I uncovered that the apprehension I felt toward black men emanated from the trauma of losing a parent, namely my father, to divorce. I’d begun to believe that whatever intimacy I received from another man was an act of deception. I bristled at the idea of forming a bond with mentors and surrogate fathers because I had yet to accept the loss of my father. I struggled almost everyday to accept the give and take of their conditional visibility. If I wanted to be seen in full by another man, I was advised to hide parts of myself. I longed for this to change. I longed for a bare-chested embrace from a man I could trust.

During the exchange of glances in the lobby, I thought about all of the times I had felt invisible because of either my race or sexuality. Rarely have I experienced visibility in such a way that embraced the intricacies of my identity rather than its singularities. In my shock, however, I wondered if his gaze was a sign of desire or disrespect. Some would argue that it is obviously the latter, that underneath the enormity of a man’s gaze one feels less of a person and more of an object. Perhaps. But if Pride, a stimulus for visibility in the LGBTQ community, remains overrepresented by white men and undergirded by anti-black racism then I am inclined to believe there can exist what Ashon Crawley, Assistant Professor of Religious Studies and African American and African Studies, calls an “otherwise.” That is, an otherwise interpellation of Pride as well as an otherwise interpretation of gaze.

I walked away from D.C. Black Pride astutely aware of a space where a desire for black queer and trans people unapologetically exists. A space in which my well being and joy were systematically taken into account. An ephemeral space, to be sure, but a space in which I can claim that I belong nonetheless. Perhaps this is what Pride was meant to be in the first place; perhaps this is what Pride can still become. 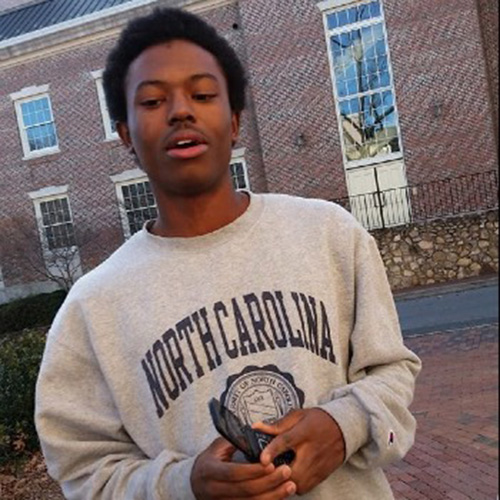 Ishmael Bishop is a writer from Eastern NC. You can read more of his work here.