Horoscopes for June Gemini broadens our field of perception and flattens our sense of scale. 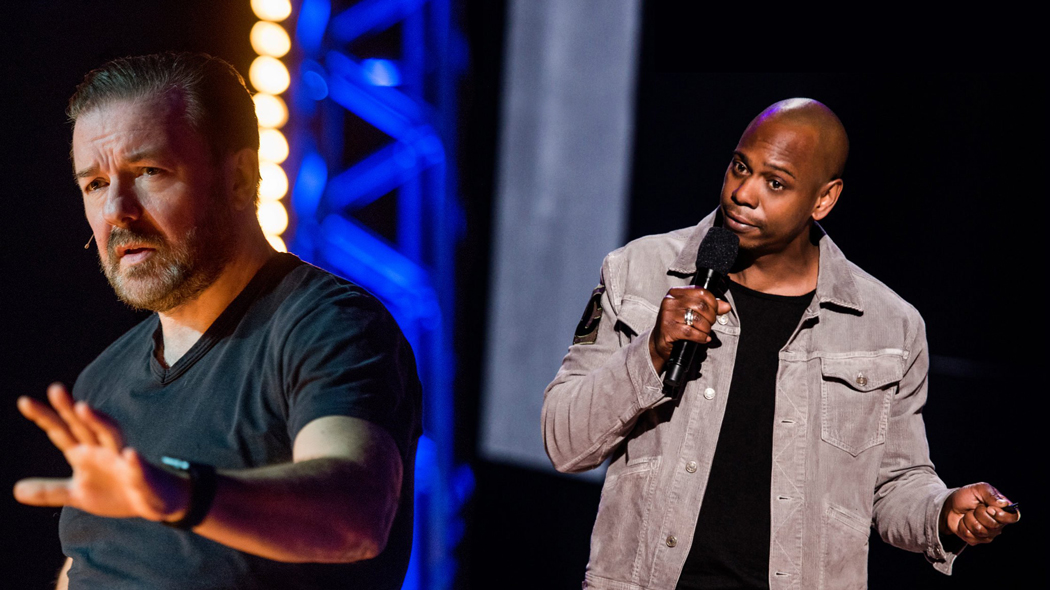 When we talk about “punching down” vs. “punching up” in comedy, we are talking about where the cultural power of a joke is weighted.

Dave Chappelle and Ricky Gervais can’t seem to help themselves. After being chastised for transphobic material in the past, both comics doubled down and included more jokes at the expense of trans women in their newest Netflix specials, as if to insist that the issue of changing one’s gender was simply too funny, too absurd, to leave well enough alone.

In Chappelle’s “Equanimity,” the comic compared trans women to Rachel Dolezal, and admitted that he doesn’t understand them, but supports their decision to “cut their dicks off.” He used the phrase “man pussy” to describe Caitlyn Jenner, and characterized transgender identity as a phenomenon created by and for privileged white men.

In “Humanity,” Gervais performed an extended routine that began with deadnaming Jenner and riffing about her “enormous penis and testicles,” and ended with the comedian joking that he identifies as a “pre-op chimp” named Bo-Bo in need of “species realignment.” It would be easier to become a chimp, Gervais explains, than to become a woman and have his “cock and balls ripped off.”

It may come as little surprise that, in our current cultural climate, these jokes were not well received, particularly among LGBTQ viewers like former Chappelle fan Tyler Foster, who saw “Equanimity” as “regressive, exclusionary, and cruel.” The British charity Stonewall described Gervais’ Caitlyn Jenner  jokes as “bullying,” and cited the high levels of real life violence and abuse faced by trans people. Critics agreed that these moments were “not a good look” for the comedians. Commenter Jay Smooth called it “lazy punch down humor,” referring to the act of picking on marginalized groups for laughs.

When we talk about “punching down” vs. “punching up” in comedy, we are talking about where the cultural power of a joke is weighted. The idea that humor should “afflict the comfortable and comfort the afflicted” has been a sort of moral directive for comedians for some time. Dorothy Parker argued that ridicule was best used as a shield rather than a weapon – in other words, as a defense mechanism for the victimized instead of a tool deployed by the powerful. George Carlin echoed this sentiment, observing that “comedy has traditionally picked on people in power.” Kathy Griffin, defending Michelle Wolf’s incendiary White House Correspondents’ Dinner routine, explained that comedians are supposed to be “anti-establishment,” and “disrupt the status quo.”

It’s true that, in many ways, the American history of stand-up has been one of resistance and retaliation, shaped by outsider performers punching up at dominant culture. Moms Mabley called out white male bigotry; Lenny Bruce made fun of “goys;” Richard Pryor mimicked the vocal tics and mannerisms of whites; and countless other comics crafted their acts to satirize powerful political figures and institutions – President Richard Nixon was such a popular target that he sent undercover agents to comedy clubs. In recent years, women and LGBT stand-ups have used humor to challenge the logic of conventional gender roles.

At the same time, there have always been other performers who made careers out of ridiculing the most despised and misunderstood social groups – in Carlin’s words, “the underdogs.” For much of history, women, immigrants, racial minorities, and queers have been cultural scapegoats, the targets of derogatory jokes written and delivered by straight white men.

Sigmund Freud suggested that humor can function as a mechanism of psychological relief, with jokes allowing both speaker and audience to release anxiety about taboo subjects. And anxiety, often combined with a sense of superiority or hostility, has been at the forefront of American comedy’s most notorious examples of punching down. To really understand the scope and functions of American humor, we have to see how “punch down” comedians have coexisted alongside the stand-ups who have done the more valuable cultural work of pushing against the grain. Although it’s often difficult to watch, the humor of superiority is not entirely worthless – it confirms the major anxieties at play in a given cultural epoch. It acts as a sort of barometer indicating which group presents the biggest perceived threat to the status quo.

The best reaction to punch-down comics is to situate them as embarrassing relics rather than the naughty provocateurs they fancy themselves to be. To do this, just take a look at the historical company they keep.

Before stand-up existed as a genre, live comedy in this country meant minstrel shows, a nineteenth-century form of theater in which white entertainers wore blackface makeup and performed racialized caricatures of enslaved Africans. This form of parody expressed a clear pro-slavery, anti-abolitionist viewpoint. Scholar Eric Lott argues that minstrelsy was a “way to play with collective fears of a degraded and threatening Other while at the same time maintaining symbolic control over them.” According to Lott, minstrelsy was in part a manifestation of the white American desire to steal and commodify black culture. Minstrel entertainers used comedy to negotiate and tame anxieties related to the contradictory image of the black body – as less-than-human property and capital on one hand; and as an exotic and rebellious figure on the other – to regulate “blackness” via safe and consumable theater for the masses.

Stand-up comedy emerged in nightclubs and resorts during the early twentieth-century. The first performers set the tone for decades. One of the major players, Don Rickles, developed a style of “insult” comedy as a strategy for handling drunk hecklers, and to stretch the length of his sets. His peers followed suit, and everyone borrowed bits from each other. These first stand-up venues were dominated by men, and misogynistic material abounded. Such a climate gave rise to enduring one-liners about overbearing Jewish mothers, nagging killjoy wives, and ugly girls (“She had a face like a saint. A Saint Bernard!”). From the Friars Club roasts to Vegas casino acts to the Borscht Belt, the birth of stand-up was marked by hostility towards women – particularly those who deviated from standards of passive, decorative femininity.

We can only wonder how American humor may have developed differently if early comedy had not been an exclusionary boy’s club. Perhaps the stark gender imbalance can be attributed to that oft repeated Margaret Atwood adage that men are afraid women will laugh at them. Tellingly, one of Rickles’ close friends observed that the comedian was “scared to death of women.”

In the mid-1980s, aggressive insult humor reached new lows when a category of stand-ups known as “shock comics,” or “attack comics,” found popularity among teenagers and blue-collar men. The success of TV programs like Saturday Night Live and All in the Family indicated that edgy, button-pushing comedy was the route to publicity and revenue, and stand-up followed television’s lead. As a result of the newly visible gay subculture, along with the arrival of HIV/AIDS, gay men became the punching bags of the moment. Eddie Murphy, Sam Kinison, and Andrew Dice Clay delighted crowds with inflammatory material that explicitly singled out gay men as predatory disease-vectors.

Murphy opened his HBO special “Delirious,” now streaming on Netflix, with a rule for his audience: “Faggots aren’t allowed to look at my ass while I’m on stage.” He paced back and forth in a tight, red leather suit and performed an extended routine about a woman who contracts AIDS by kissing her gay friend on the cheek, and then comes home and spreads the disease to her husband. Sam Kinison complained in his HBO special, “Breaking All the Rules,” that gay men had “given us the black plague of the fucking 80s.” On his 1988 album, he went on a tirade that began: “A few fags fucked some monkeys [because] they got so bored, their own assholes weren’t enough.”

Andrew Dice Clay’s content was similar, although to this day he insists he was playing an exaggerated character on stage rather than performing as his authentic self. It’s unclear whether the majority of his audience was aware of this invented persona or not. “In Brooklyn, we don’t have gay people,” he quipped in a 1987 performance, “they’re all dead.” He went on: “They’re not from this planet, let’s face it. I don’t see how any man could look at another guy’s hairy ass and want to bang it.” Along with Murphy and Kinsion, Dice Clay stigmatized gay men as the cause of HIV/AIDS (a viewpoint shared by right-wing evangelicals at the time). These comics attempted to shore up their own identities as “normal” straight men by distancing themselves from imagined homosexual practices.

Although gay activists protested their shows, Murphy, Kinison, and Clay drew enormous fan bases, and their performances were met with wild, feverish laughter and applause. By the close of the 1980s, Murphy had become known as comedy’s “first megastar,” Dice Clay had played a show in Queens that drew a crowd of over 20,000 people, and Kinison was selling out major venues like the Universal Amphitheatre in Los Angeles.

The jokes about trans women today represent a new iteration of the gay-bashing comedy of the 1980s, and suggest that our models of heterosexual masculinity continue to be unstable. The fear 30 years ago was contamination; if AIDS could be casually transmitted, perhaps same-sex desire could, too. Since then, AIDS myths have been thoroughly debunked and public opinion on gay rights has shifted dramatically. But deep-seated male anxiety over what we might call feminization, emasculation, or (to invoke Freud again) castration, has lingered, and such fears are now projected onto the bodies of trans women, just as this group has come into the national spotlight. This is a case of history repeating itself, with a slightly updated punchline.

Overt homophobia is no longer socially acceptable, but transmisogyny expresses similar impulses, and for the time being, you can get away with it on your $20 million Netflix special. Whether their intent is to court controversy, fashion themselves as revolutionary truth-tellers, or just work out their personal sexual neuroses in a public forum, Chappelle and Gervais broadcast their own insecure, fragile masculinity when they take jabs at women and the LGBTQ community. They have done daring and subversive work on other topics, like race and religion, respectively, but punching down at an essentially powerless minority group is pure hack, and makes these men look like, in millennial parlance, out-of-touch “edgelords” stuck in a bygone era. With the level of fortune and fame they have attained, they risk nothing with cheap shots.

Comedy was never meant to be a “safe” space, and it would be impossible to write material that manages to be fresh and funny without offending a single person, unless perhaps your shtick is of the benign “dispatches from everyday life” variety, like Seinfeld’s work in the 1990s. To engage with topical social themes is to stir the pot in one way or another, and hypersensitive political correctness interferes with comedic creativity when it makes certain subject matter (say, sexual assault) broadly off limits for everyone.

But it’s lazy to keep picking on the easiest target – the underdog – in a climate in which there are real threats to democracy and freedom of speech afoot. When you can display the kind of courage it takes to accuse a roomful of liars, to their faces, of enabling a fascist regime, as Wolf did at the WHCD, who really wants to be like Murphy, circa 1985, slinking across the stage and confessing that he’s “petrified” of gay people? 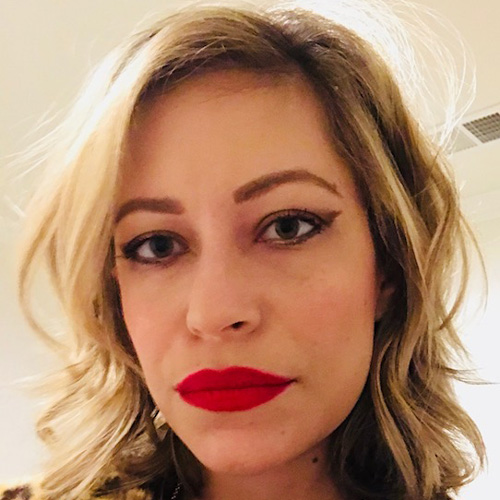 Sascha Cohen is a writer and historian of American satire. Her work has appeared in Time, The Washington Post, Vice, Playboy, Smithsonian Magazine, The New York Daily News, SELF, and elsewhere.