This Month is Lit: Leopoldine Core’s When We Watched

Summer 2016 Trend Predictions Dan brings you his summer trend forecast which doesn’t matter and you should not even slightly consider reading.

mamita, aren't you tired of crying? Beatrice Loayza on intergenerational relationships, loss of language, the trauma of borders and what we want for each other.

The cover of Leopoldine Core’s first short story looks like it could be a pattern lifted from a dress in a downtown boutique. The squiggliness, the flesh tone and kelly green are fashionable and photogenic. It took me until finishing the book to realize the shapes are eyes and eye lids. My brother said, duh. 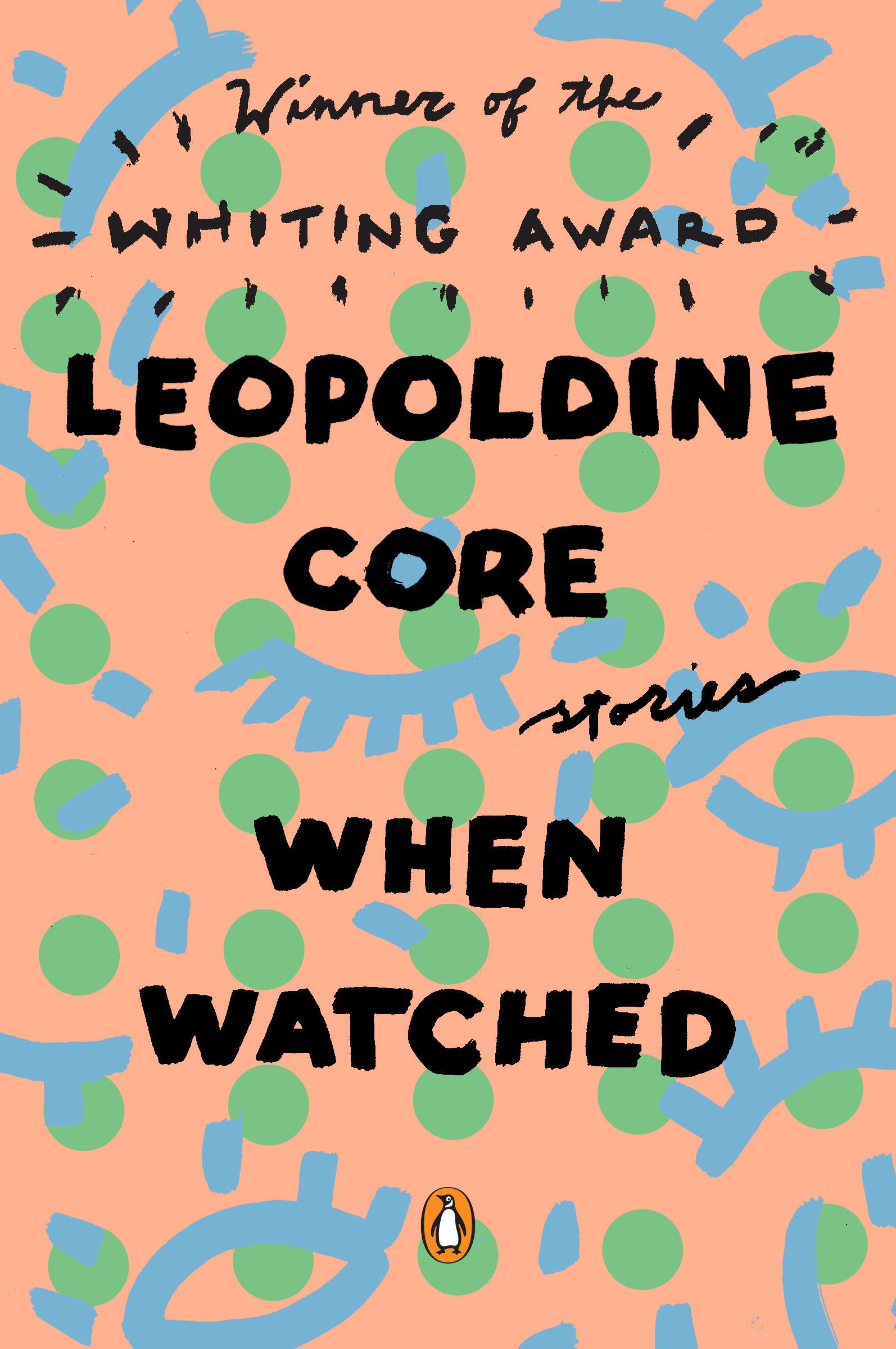 Core, who won a Whiting Award in 2015, has previously published Veronica Beach, a book of poetry. Her prose is like a sniper in the wild, the camouflaged eyes. “I feel like I write about the three-foot distance between a set of two people. Because my whole life is like that,” Core once said in an interview in Adult Magazine. In When Watched, this three-foot distance shares about the same mass as a three-minute pop ballad, which strikes me as a very summer unit of measurement. The stories skip like pebbles, held intact by their emotional gravity and buoyed by the moving grace of small, playful ripples.

Core puts her characters in a variety of spaces that two, sometimes three, people can inhabit: friendship, marriage, hook-up, parent-child, siblings, affairs, past and imaginary. They are the grid you see when you look up at an apartment building; the kind of stories you can write when you look closely into them: “Lucy and Kit sat waiting side by side on a black leather couch, before a long glass window that looked out over Tribeca, the winter sun in their laps.”

Relationships are these rooms hinged on attention, the giving and receiving of, and attention is what people sometimes mistake for time passing because attention doesn’t make a sound. Things can change with one look from any angle, like models provoked and coming alive in an Ikea catalog. One couple recovers from a fight when their new puppy puts them on the spot at a park: “Never before had the two been so tenderly observed. They looked at each other and then back at their audience, alarmed.” In the title story “When Watched", a school-aged girl fantasizes about being stalked and kidnapped and how her kidnapper would talk to her.

Is it better to want or to be wanted, the game goes. Desire is confusing because verbs come in active and passive tenses. I thought of the conflicting thrill and unease in Chelsea Hodson’s essay “On Being Watched” when she writes about being stalked: “I think I cried, I think I was scared. I also think I felt special, spotlit.” 14-year-old suburban Evie Boyd follows a similar impulse in Emma Cline’s The Girls as she draws closer to a charismatic cult in 1969: she feels seen for the first time, in a world where girls understand their place by the way they look at each other.

The risk in this way of being seen is, as a woman tells her husband in Core’s “Paradise” after she has stopped loving him, “People got less interesting the longer I looked.” It’s the kind of truth that’s hard to fight Core on.