Feed Me! Why don’t you try some ketchup Chobani?! 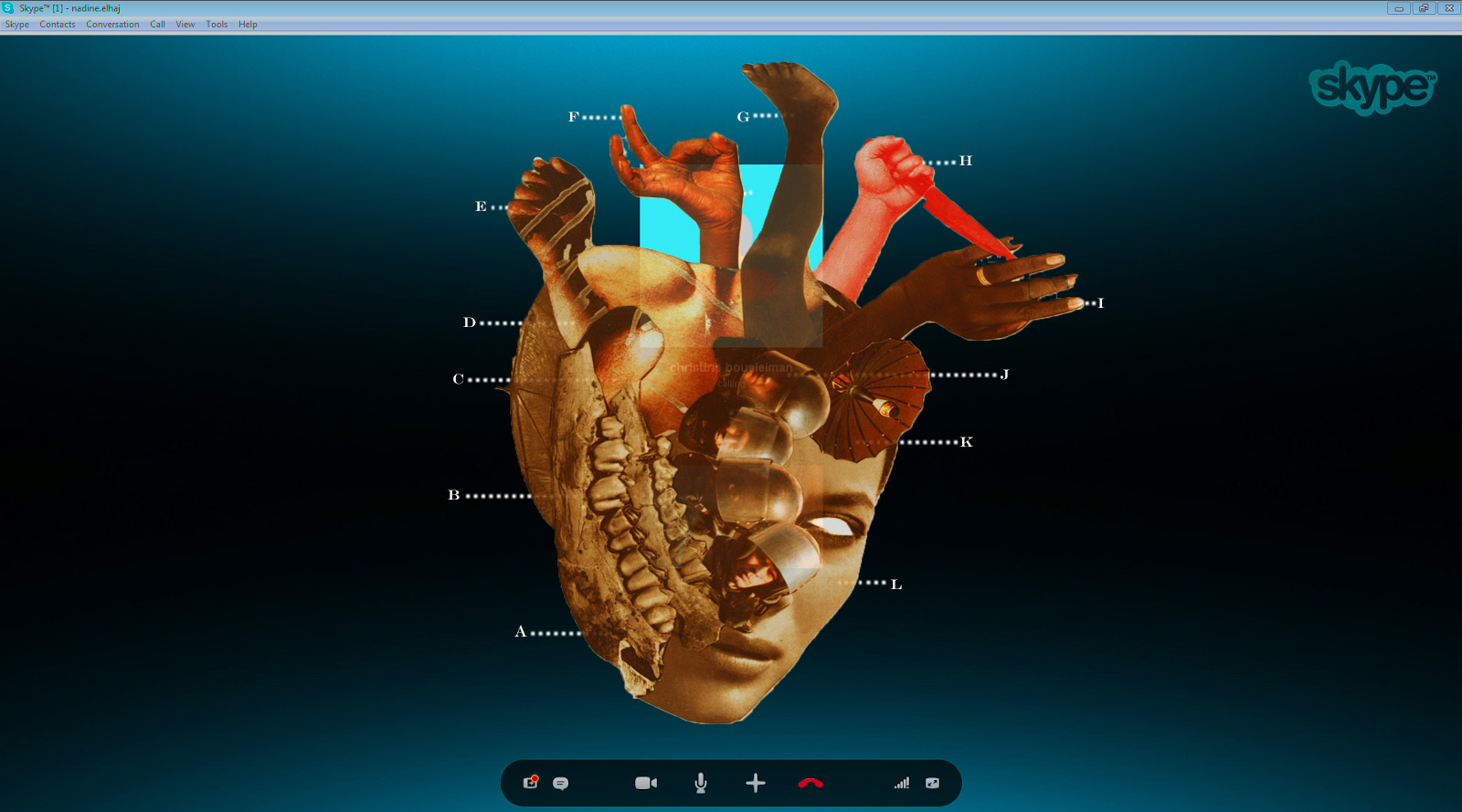 While some might say it’s “cuffing season,” many of my close friends are dealing with heartbreak this winter. I never know how to deal with breakups myself, so I decided to compile five stories of breakups from people who have been thinking about it lately.

When it comes to breakups, I never know what to expect. I’ve been cut out of people’s lives entirely, and I’ve been the one to ask for space after being dumped. I’ve put myself out there, risking my last shred of emotional stability to communicate my needs only to be met with a blank stare. I’ve also been the emotionally neglectful and unavailable one – unwilling or unable to communicate that my heart just isn’t in it. When it comes to ending a relationship, we all have the capacity to hurt, and to be hurt. We aren’t infallible. Still, I’m interested in how we cope and get on with it, as well as how we can reduce the harm caused by breakups.

Exploring these ideas, we put out a call for personal experiences and I put together this collage of stories from five people going through breakup season. Many of the stories show us that the pain associated with the end of a relationship can make it impossible to sustain any kind of a connection with an ex. And even though this is sometimes the healthiest way to move on, the impact on friends and other communities can be severe.

FKA Twigs sings a quote by a poet named Wyatt: “I love another, and thus I hate myself.” Going further, she explains how you can be left feeling insecure after you devote yourself to a person who “turns out to be a dick.” To me, surviving heartbreak means confronting the question: why do we treat love as a scarce resource, and cut one another out of our lives when our relationships just don’t work? And, is there another way?

Would I jump out of a plan with you? I wrote. I was thinking about trust. I saw my error, where I had meant to write plane. I left the error, it was more accurate.

Back in the desert my life agitated. The sun too hot, the spaces too vast. It flooded. I waded over a new small river. Nothing was on the other side.

“I’m so glad we found each other,” I said to him after a walk in the dark woods, protected by green leaves and dirt that gives. Not caliche at all.

After the walk, at his house near a northern lake, he looked at the finger he sliced open while cooking dinner the night before. The cut was vanishing.

“It’s because I kissed it,” I told him from where I stood in the doorway to the bathroom. He looked into the mirror above the sink, puzzled.

In the desert, magic is sparse. It heals by removing. Survival means less, not more.

He called to tell me something was lost. He did not have to say what. I looked outside and sand blew through the air.

“It’s all so heartbreaking now, but it was sweet there for a while,” were the words he chose. His voice was an echo, barely discernible. Anything giving was replaced with loss. A bolt of lightning could have hit the words and not changed them.

A day later I sat in my car, a gray sedan with yellow license plates, and stared at the flare off from an oil rig. It blazed against the empty black. My phone was silent. Nothing from the north.

Punishing Them to Save Myself

I was the one who ended it, but only at the force of their hand. The reminders of their deceitfulness were fierce for the first few months. I told myself that once I arrived at acceptance and forgiveness, I would attempt some sort of amicable friendship. But in the back of my head I knew that if I truly loved them, I would just back off completely and wish for them to heal.

I was extremely good at convincing myself that I wanted to be their friend and truly wanted the best for them. But it was all pretty selfish and at the end of the day, I had this dark motivation that drove me to see them time and again.

When we were together, I relentlessly reminded myself of that burning sensation, that feeling of shaking with anger from being betrayed. I punished myself for loving somebody who could consciously choose to inflict pain on me. So, I found calculating ways of punishing them right back. Making sure that they burned with me.

As I consciously tried to inflict pain on them, I realized that I had become them. I wasn’t any different.

So Tender It Hurts

The whole time, both of us tried so hard to be cool. There was a period when she slept with someone else, and when we finally got together for good, she said she worried about falling in love with me.

I fell in love with her, too: she was brilliant, beautiful, easy to be around. Everything felt simultaneously so grown-up and so youthful. We talked and drank and stayed up late. We made zines and dinners together. We wrote poetry and discussed queer theory.

We planned our future without involving each other. After college, I went to grad school. She moved out of the country. We decided that once we moved, that'd be it. It seemed ridiculous to maintain a relationship across the Atlantic. We thought we were being mature and responsible.

One night that spring I got a little drunk and told her that I was thinking about asking her to marry me. Ha-ha – a joke! Because we don’t believe in marriage.

She came with me when I moved to Buffalo. After unloading, we spent a few days exploring together. Then I drove her home. I remember going to the bathroom at a rest area in Ohio and crying.

Months later, after I began constructing a life for myself, we had a Skype date. Each in our bedrooms, we drank separate bottles of wine together. Drunk, I told her that when I joked about getting married, I was actually kind of serious. Drunk, she told me that if I had asked her seriously, she would have said yes.

Nothing so tender has ever hurt more.

We talked some months ago, about how when she comes back, we should hang out. About how the past five years have changed us and traumatized us both and we're different people than when we were in college, in love.

I know she’s right. It still all feels very grown-up: our reasonable choices, the fond memories of the past, the ache that refuses to be burned out of my heart.

My friends snicker into their drinks like: oh shit, you’re talking now? What happened there? These friends can literally suck it. The air is thick with queer judgement.

Sorry, friends, but I’m spending all my time praying that somebody will show me they love me in ways that she doesn’t know how to, doesn’t want to, and never will. I lose everybody around me because I’m intolerably negative and impossible to be around.

I am so fucking bored and lonely and don’t connect with anybody around me. The cause is the consequence. I can’t get anything done. I’m repelled by bodies but set out on a quest to rebuild my confidence by fucking other people over.

I have sores in my mouth from the stress of running into her at parties, bookstores. I still make plans to hang out and don’t see what’s wrong with it. I fixate on forgiving. Stinging with self-loathing, I fixate on how forgiveness sometimes looks like settling, sounds like throwing yourself away. How can it not be?

Over months and months, I'm reminded that transformation means forgiveness, means harm, sacrifice, mending, and fucking up. It also means listening, silence and reflection, calling out, caring for yourself, and establishing conditional forgiveness. (Honestly, sometimes it means giving up, too.) These risks are taken with hope of building something new.

We go through this process fifteen times. I want to give up.

Like fucking magic, one morning I wake up and find myself with a friend, a conspirator – another person to call family.

More Time to Be Brilliant

It is always a disappointment to realize that you are a cliché, or, in my case, several.

I was the Jealous Girlfriend: stealing looks through his phone even though I knew the texts I’d see would break my heart yet again.

The Desperate Girl: forgoing my own happiness for his, trying to fend off the end by giving him whatever he wanted, feeling like a bad feminist, ignoring the constant anxiety in my stomach and friends’ worried looks.

The Amy Winehouse: crying for him on the kitchen floor (and my bedroom, living room, public transportation, and most commercial establishments within walking distance of my apartment).

The Bitter Ex: avoiding social media and the heart-stopping appearances of his name, his face (her name, her face), mutual friends posting on his wall – what the fuck/don’t they know how bad a person he is? Avoiding real-life streets, events, buildings where he might be.

The Fake Smile: excessively cheerful in public but running to the bathroom to break down.

I suppose there are some things to be learned from clichés, though. Like, I have friends who answer their phones even though they know the conversation will just consist of me crying and them not being able to hug me from several thousand miles away. And I can survive on a cookies-only diet. And, maybe, clichés speak to the universality of heartbreak. Or something. But mostly, in the wise words of Sheila Heti: “Let him dump my ass. That will just give me more time to be a genius.”