Fanon for Beginners – Concerning Violence is a new documentary about anti-colonial struggles in 1960s and 70s Africa. 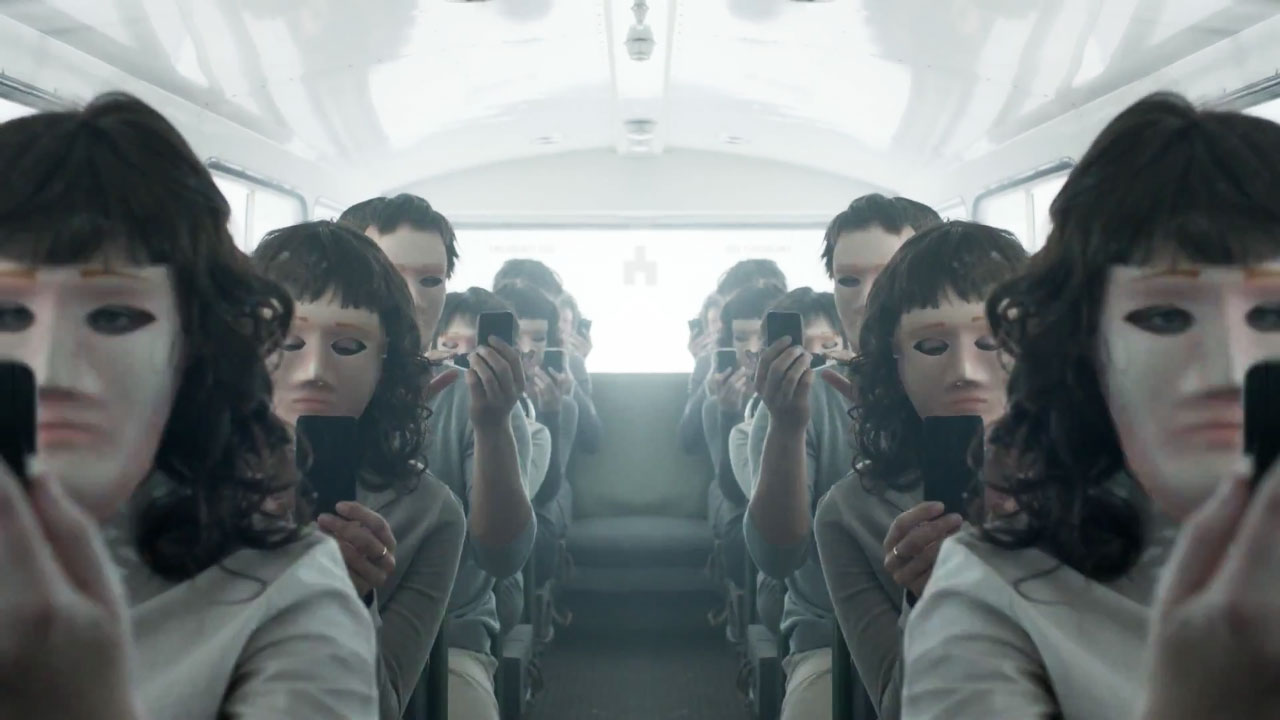 One part dystopian science fiction, one part horror, Black Mirror is a show bent on critiquing contemporary life. A “twilight zone” for our time, each episode is an encapsulated story that focuses on the role of particular technologies in our life. Episodes explore such ideas as cell phones, social media, reality television, Artificial Intelligence and the Police State. Black Mirror is available on Netflix – watch if you want to confirm your paranoid critique of contemporary society.
— Gregg Horton

Susan Sontag is one of the most significant thinkers of the late 20th century, but her outspokenness, unapologetic attitude, self-confidence often got her labeled a narcissist and an ego-driven provocateur. It probably didn’t help that she slept with both men and women. Based on archival footage, and interviews with people who knew her, Nancy Kates has made a documentary of Sontag’s life – Regarding Susan Sontag – that supposedly paints a more nuanced but also favorable picture of the influential writer and feminist icon. It premieres on HBO tonight (December 8).

If you haven’t seen CITIZENFOUR yet, you really should. Filmmaker Laura Poitras documents her time in Hong Kong with Edward Snowden as he releases classified government documents. Poitras does an excellent job representing the hard/software of government surveillance and the film plays out like a spy thriller-horror crossover.

New Yorkers should hit up the Museum of the Moving Image’s See It Big! Animation series. In particular, Satoshi Kon’s Paprika, in which chaos ensues after a machine turns people’s dreams into reality.

Also try to see Goodbye to Language 3D, Jean-Luc Godard’s playful attempt to push 3D technology beyond its limits. In one shot for example, the corner of table is left unfocused in the foreground so that the frame is partially obscured by a 3D blob. The result is so abrasive that people walked out when I saw it this summer.

This year’s National Book Award winner for fiction is Redeployment – a collection of short stories about U.S. Marines fighting in Iraq. Like any good war movie, a good war book is anti-war. But Redeployment won’t beat you over the head with ready-made ideological bullet points to argue against the war. Facts speak for themselves; stories are there to interpret. These stories give an insider’s view of the horrors and quotidian boredoms of Marines, atrocities alongside love letters, frustrations with stubborn justifications. War, like life, is complicated. This book shows those complications well, and I loved it.

I just picked up a copy of the recently released Locked Down, Locked Out, by Maya Schenwar. The book follows Schenwar’s personal narrative of having a sister who is formerly incarcerated, amplifies the voices of prisoners and the families of incarcerated folks engaged in organizing, and highlights case studies of alternatives to incarceration. Locked Down, Locked Out encourages readers to connect with a pen pal who is incarcerated, to build strong relationships with those behind bars, and to support resistance on the inside. This is a must read for any and all people living in the prison nation.

Deep Lab self-describes itself as “an impermanent collective of cyberfeminist researchers.” They will be working on a residency that will result in hypertext publications, discussions and tools that address contemporary digital problems. The all-star lineup includes some of essential people in arts & technology like @juliaxgulia and @Lindsay_Howard; it also consists of all women. Deep Lab will take place in Pittsburgh, Pennsylvania during the second week of December, but the lectures will also appear in the STUDIO’s video archive after the conference.

Under the moniker JACK댄스, Simon Whybray hosts roving international parties and radio shows that uses pop, full with enfolded references and samples, and that embraces the internet's polystylism and accelerationism. It’s fast, catchy, Soundcloud-born and club-focused. SOPHIE, GFOTY, A.G. Cook, are usually included, and I think I heard TLC once. It’s the kind of music I dance to in my Cav Empt sweaters. The next RADIO JACK댄스 is Monday, 7:00 pm NYC / 12:00 am London / 8:00 am Japan. Preview a set here.

Fresh Out The Box is a radio show that PTP (Geng Grizzly and Note) emcee. With my vocabulary, I would call it rap and grime, but I've heard it be described as “underground bass magic” and “underworld subwoofer damage.” The roster ranges from Skippa Da Flippa to Section Boyz to Rabit. The next #FOTB is Thursday,  7:30 pm NYC at BBOX Radio.

Minneapolis has seen a resurgence of new wave, no wave, or electro dance nights. Even though I don't think the past exists, this has made me doubt my beliefs. Transmission came first, but people have been complaining that it's maybe becoming a bit too crowded, which could be a good or bad thing. Blue Monday has the same vibes but started only a couple of weeks ago. Last time I was there, I was one of 15 people — a bad thing that can be fixed. We'll see if they differentiate themselves in the future, but for now, I'm okay with listening to New Order on repeat. Transmission is Wednesday at Club Jäger and Blue Monday is Monday at the Triple Rock, both around party time.

Migrating Forms is a series that investigates the moving image as defined by now. You've got well known artists such as Cory Arcangel and Fruit Chan having premieres, a retrospective of William Greaves and, my favorite, compilations of new or never-before-seen shorts. Field Visits for Chelsea Manning is the final video in Lance Wakeling's series on the physicality of the internet. Migrating Forms takes place in the middle of December at BAM in Brooklyn, NY.

After leaving NYC for Minneapolis, I've been trying to avoid FOMO like any other anxiety I self-medicate for, but UNO throwing a party at my #2 arcade? Dead. UNO Holiday Bday Extravaganza is Saturday, December 13 at Chinatown Fair Arcade.

Suzie is trying to revitalize glam rock and is not just another Minneapolis band that makes music that sounds like music. It has the Minneapolis sound that also goes somewhere else, probably through your bedroom to the party bus to that black hole in Interstellar and then back to that fluorescent submarine that you started on. Touring throughout December and January, they will play at 7th Street Entry in Minneapolis on December 27 and playing at Baby's All Right in Brooklyn on January 8th. Preview the album here.

The record label Lucky Me will release a free download every day during the month of December until December 25th.  The label hosts artists such as Jacques Greene, Lunice, and Rustie, so be sure to cop the compilation.

PARTYNEXTDOOR just dropped a four song set with features from Ca$h Out and Travi$ Scott. Head over to his Soundcloud to download them all for free.

Check out the first installation from Afropunk’s new monthly mixtape series. Spanning across a myriad of genres from punk to electronica, the mixtape provides an apt soundtrack to the unrest currently racking the U.S.

Owen Pallett’s “Infernal Fantasy” off his album In Conflict recently got its own atmospheric video. Go ahead, fullscreen the video and turn up the volume on this lush composition.

Teengirl Fantasy and Hoody collaborate on “U Touch Me”. If you like what you see in this slinky tune’s music video, be sure to check out the interactive website accompanying their Thermals EP.