This streetwear is made out of construction gloves, is it art or fashion or what? 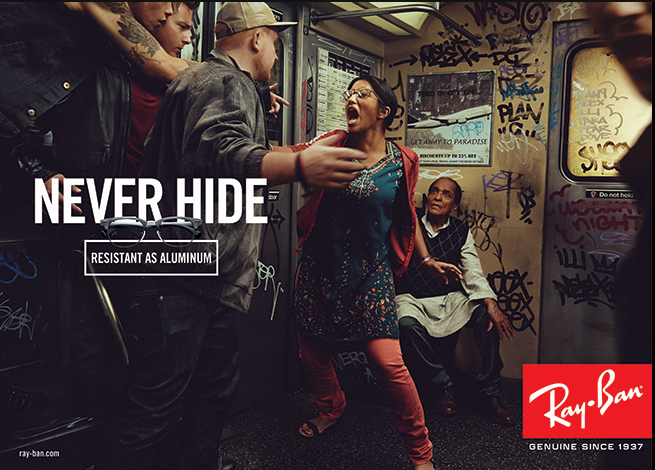 Well, look what we have here! Ray-Ban incorporates resistance against gentrification into their latest ad campaign.

In a city where the new white creative class packs onto the same trains as working class people of color, bringing massive spikes in rent, higher rates of policing, and overpriced cafés on every corner, it’s interesting that Ray-Ban is choosing sides. Or at least sympathizing with everyone who has to endure the boring faux-hip who are always making a scene on the train.

This campaign flips the script on who wears Ray-Ban, a brand that is commonly associated with the ‘hipster’ – the symbol of gentrification. The new ads place glasses on the underdog – the communities that are being forced out of their neighborhoods.