Vikki Law is an anarchist, a prison abolitionist, a freelance writer, author, editor, and a mother. Read our extensive interview with her.

Is This Enough Proof? Inside a Canadian immigration waiting room, queer applicants have to prove they’re gay enough to be granted refugee status. 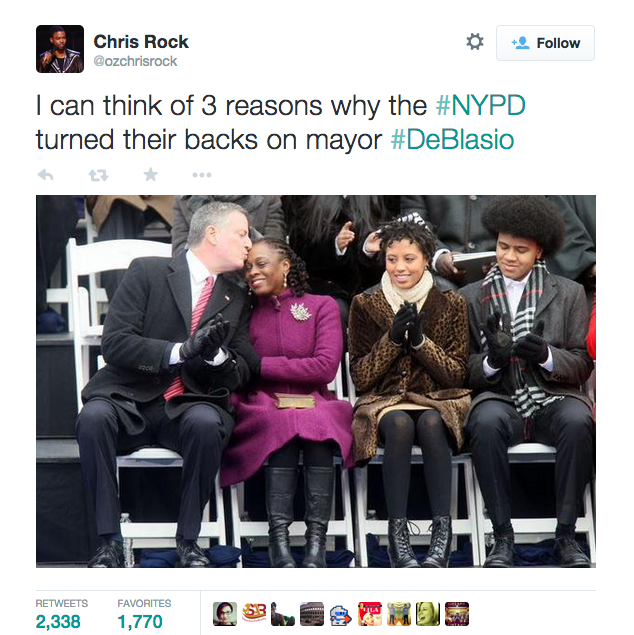 This Chris Rock Parody Account Is Killing It Right Now

This parody Twitter account has caught our skeptical little eye. Over the past couple weeks, somebody has been using Chris Rock’s name to get their own message out about the blundering NYPD, Mayor DeBlasio, selfies, and gendered housework.

Maybe the NYPD can use their newfound love of back-turning the next time they see a dark skinned man walking the street doing nothing wrong.

It’s not really making a mockery of Rock considering he has used his comedic platform to speak out about racism in America. Ultimately, this trickster seems to be doing something right considering their account has 65K followers and everybody sort of seems to think it’s the real thing.