Playlist: Easter + 420 + Chloe Chon. That's all we should have to say about this. 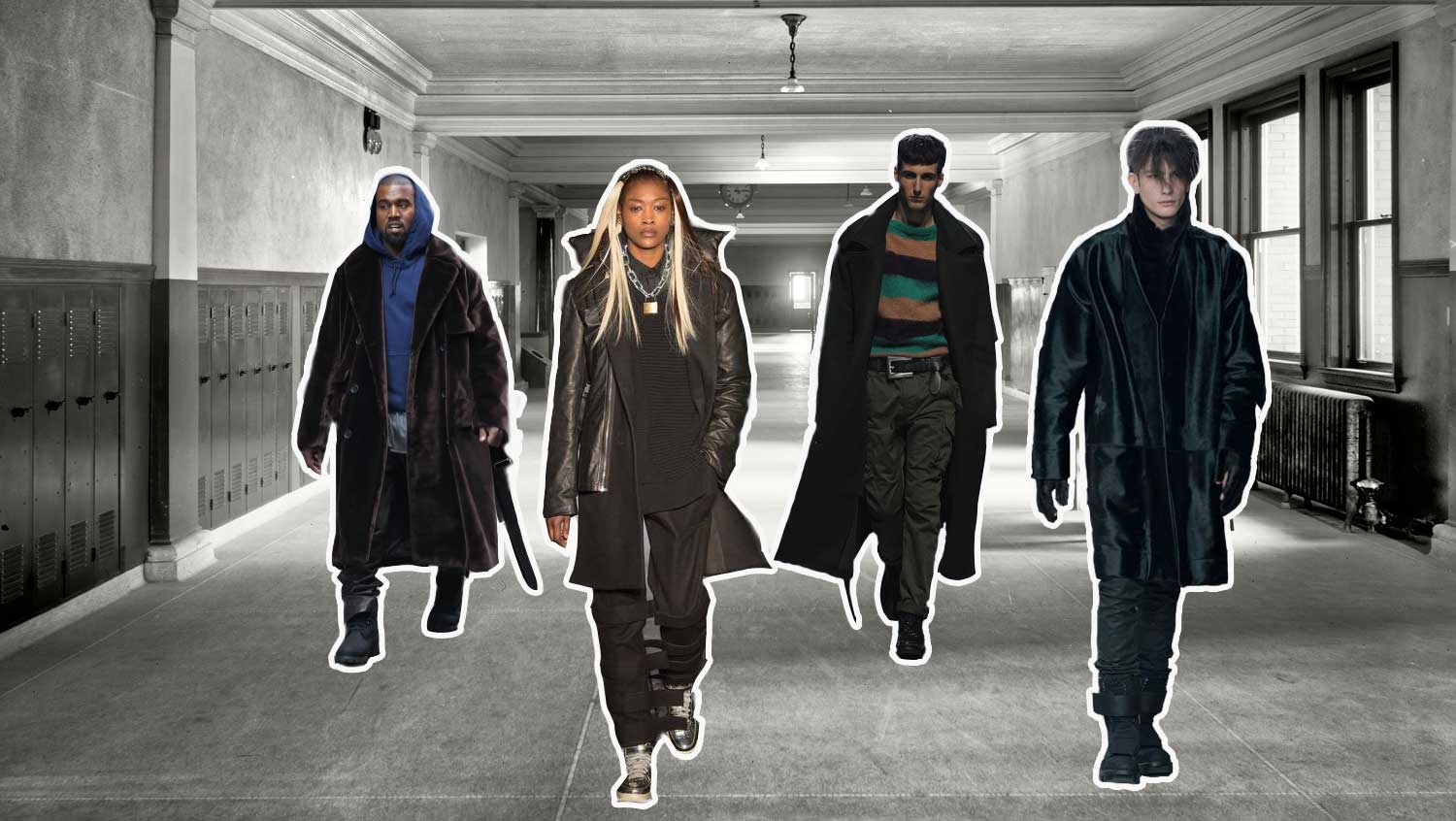 Artwork by the author

An Entire Generation of School Shooters

One Saturday not too long ago, my partner and I were spending a lazy afternoon in bed working on this magazine. We have big windows, and on sunny days we open them. He put on Foster the People’s “Pumped Up Kicks”, their big hit from 2011. ¶ “Have you ever listened to the lyrics to this song?” I’d heard the song dozens of times, but hadn’t listened closely. “No, I don’t think so. Why?” This cute and catchy little song was a school shooter’s fantasy. I had no idea.

All the other kids with the pumped up kicks,
You better run, better run, faster than my bullet.

This isn’t the only song inspired by school shootings. Check out this Wikipedia page dedicated to music and pop culture referencing the Columbine High School Shooting. But something about the song surprised me. Foster the People isn’t goth. They aren’t Heavy Metal. They’re an indie-pop group whose other songs are generally “innocent” and “sweet”.

The fantasy of destroying your school is such a widespread fantasy of 21st century youth that one of the decade’s most-played pop songs evokes a strange negative nostalgia about it. Fifteen years later, isn’t this a generation full of school shooters who merely decided against it at one point?

Today marks the fifteen year anniversary of the dramatic shift Eric Harris and Dylan Klebold compelled when they strode into Columbine High School in Columbine, Colorado, and shot and killed 12 classmates and a teacher, injuring an additional 24. The attack was meticulously planned and even included explosives. At the end, they each took their own life.

The media and the police tried to make sense of the incident by accusing Harris and Klebold of belonging to a “gothic cult”, alleging their membership to “The Trench Coat Mafia”. And in the hysteria that followed Columbine, officials and counselors across the country targeted and removed goth kids from schools. In a column in Vice Magazine, Gina Tron explains how she was pushed to the brink of a breakdown and total isolation as a result of the direct vilification and condemnation she faced as a teenage goth.

While large sections of society cast goths as monsters, others loudly denied any connections between the goth subculture and a desire to kill classmates. But the connections were already flourishing in popular culture and only picked up steam after Columbine.

Art and culture reconcile both trauma and contradiction. The cultural artifacts regarding our teenage experience of high school during this period mark our moment in history

In movies like Carrie (1976), Heathers (1988), and The Craft (1996), young female outsiders plot violent revenges against their tormentors. Following Columbine, Duck! The Carbine High Massacre (1999) and Bang Bang You’re Dead (2002) were directly inspired by the high school shooting. Then there were movies depicting people going on killing sprees like Natural Born Killers (1994), anything by Tarantino, and more recently God Bless America (2011).

It kind of fucked me up. I drove my teachers to tears. Told them to fuck off in my exam papers. I asked my friend out like every year and didn’t stop when he said “never in my life!” Some guys I “dated” over SMS for four days. Dumping them before we even went on a date. Telling them it had all been a joke.

I hacked somebody’s email and pretended to be a 40 year-old woman. I hung out in chat rooms and pretended to be a 40 year-old man hitting on teenage girls. I broke stuff for no reason, shoplifted mindlessly, and snuck out in the middle of the night to drive around the city with men twice my age. I told my best friend I was going to kill myself. My mom found me trying to cut my arms. I lied compulsively and would fake my way to anything. I flirted with my teacher so that he would give me a good grade. I said things to my friends’ parents that made them pull over — “You need to get out of the car and walk home.” Stupid and embarrassing shit that still keeps me up at night. Of course, there were kids who were a lot weirder than me. To this day it’s hard to believe anyone called me their friend. But perhaps that’s how we all feel?

Instead of attacking school, I became a school student activist. I wrote eloquent (OK, I was 14, but you know ... comprehensible?) columns criticizing the Finnish school system in local and national newspapers. Our sex-ed was terrible. The school policies were sexist and homophobic. Our history education was euro-centric. Our mental health needed more attention. Student rights were repressed. I dealt with my alienation by striving to rectify it in the face of power. After high school, I became the president of Finland’s oldest nation-wide student unions.

A couple of months into my term, Finland’s second school shooting happened. Twenty-two year-old Matti Juhani Saari shot and fatally injured ten people before shooting himself in the head.

Less than a year before, 18-year-old Pekka-Eric Auvinen killed eight people at Jokela High School with a semi-automatic pistol. As people processed the events, newspapers began filling with op-eds from concerned citizens. They criticized the competitive and alienating culture of our schools. Others worried young men were “growing up” too early, that they were encouraged to be “too tough” and not emotional enough. They claimed this made young men with mental health issues turn inwards and become isolated. “We have to create a more supportive school environment in which everyone can thrive”, they said.

The police were concerned with so-called copycat incidents, and rightly so.

In the year following the second school shooting, there were almost daily news reports of school shooting threats, schools being evacuated and kids being taken in for questioning. Hundreds of threats were reported within a year after both incidents.

“How could this have happened?” A conveniently oblivious question every adult was asking. “Our school system is supposed to be the best in the world!” They talked about it like it was a disease. Like it could be cured.

In Europe, the school shooter is always retroactively diagnosed as mentally-ill. A loner whose violent act was a symptom of some unseen or unacknowledged disorder. In the US, on the other hand, the loner had been a monster all along. In both cultures, it was impossible to process the trauma with any emotional intelligence.

I don’t think the kids of my generation were very surprised by school shootings. We saw school as a microcosm of society, the place where we internalize structures of power and submission. Where we would be sorted hierarchically. We assumed that things could erupt at any moment. Perhaps we didn’t expect school shootings, but everything was life and death so what’s the difference? We feared them. We were constantly suspicious of each other. If we were bullied, we would flash that look. If we teased someone, we knew we were gambling it all.

We weren’t surprised, but we weren’t inspired to follow their lead either. The “copycat threats” subsided as the image of the weird kid taking revenge sunk into our collective unconscious — a caricature forever dressed in a trench coat, combat boots, backwards cap, and stripy hair.

Nothing traumatizes the modern subject like sudden, unpredicted, and meaningless death.

Foucault reminds us that a key mechanism of power in the modern era is to exert control by producing deviance — by giving it a name and thereby causing it to exist in a determined way. Anything that can’t be organized neatly into the capitalist mode of production is “deviant” and “abnormal” — a threat to life that needs to be institutionalized or at least monitored and surveilled.

This is how the violent threat loses its power. At one point, random acts of violence insisted at least upon a radical negation of the conditions under which teenagers come of age and are educated. But the system itself doesn’t care if we attack each other. The production of fear is always that: productive. Capitalism’s directive is an infinite and endless expansion of itself. All life becomes progressively and increasingly organized into and captured by the capitalist mode of production. Even the monstrous (or ‘disturbed’) teenage outcast.

What goth had and lost

Goth emerged out of the economic decline and conservative politics of 1970s Britain, like an echo of the punk rebellion.

Drawing on diverse fringe cultures, from Dada to garage rock, punk had catalyzed a generation of youth with its DIY attitude toward music, fashion preference for safety-pins and thrift shops, and contempt for mass-marketed music culture. By the 1970s punk was itself being exploited for commercial potential. Yet punk had also energized a surge of new styles such as new romantic, industrial, new wave, and hardcore. Amid this dizzying sucultural effulgence, a number of bands and personalities began cultivating what would soon become known as goth.
— Goth, Undead Subcultre, Lauren M. E. Goodlad and Michael Bibby

The early days of goth deviated from previous eras by their dark, mysterious, and androgynous aesthetic. I mean like Siouxsie and the Banshees, Joy Division, the Cure, and Sisters of Mercy. It was a departure from the exciting, emotionally-constipated ethos of punk. Goth was romantic. It was obsessed with death, darkness, and enigmatic sexuality.

Subcultures can be diffused and derailed in many ways. Recuperation. Commodification. But also by explicit and authoritarian intervention. After Columbine, these forces all worked together to separate goth into constituent parts. The garb of the lifestyle quickly found its way into shopping malls across the US. The attitude itself was a ticket straight to the principal’s office, and onto “the list”.

It’s easy to forget that only a decade ago, society was hyper-alienated from goth. I say easy because goth has emerged as a pervasive and captivating inspiration for trends in fashion, art, music, even celebrity costume. If you’re interested in investigating, check out Marc by Marc Jacobs 2014 Fall RTW, many of Rick Owens’ collections, the up-and-coming Hood By Air and Mishka, performers like Venus X and her crew. Lorde. Vogue. Rihanna. The Olsen Twins. Kanye. Miley Cyrus. Goth is back.

Adorno wrote that “works of art are ... replicas of empirical life, inasmuch as they proffer to the latter what in the outside world is being denied them” (Adorno, Aesthetic Theory). Like capitalism, cultural art produces the world by negating that which creates it.

If that’s the case, it’s possible goth is back as a last echo of the era when the dangerous individual mattered. By all means, bring it all on: the trench coats, combat boots, stripy hair, black and khaki, and weird-ass clangy jewelry. We can celebrate our dark, amorphous romance and our contempt for the shallow and unkind. We can leave the world of Abercrombie and Fitch and “concerned citizens” behind for good. Good riddance. Just don’t forget about all of the “monsters” we had to crucify to get here.