Stock Tips! Rebecca Jackson wonders if it's even possible to “make it” after your undergrad, or if you should just move in with your folks again. 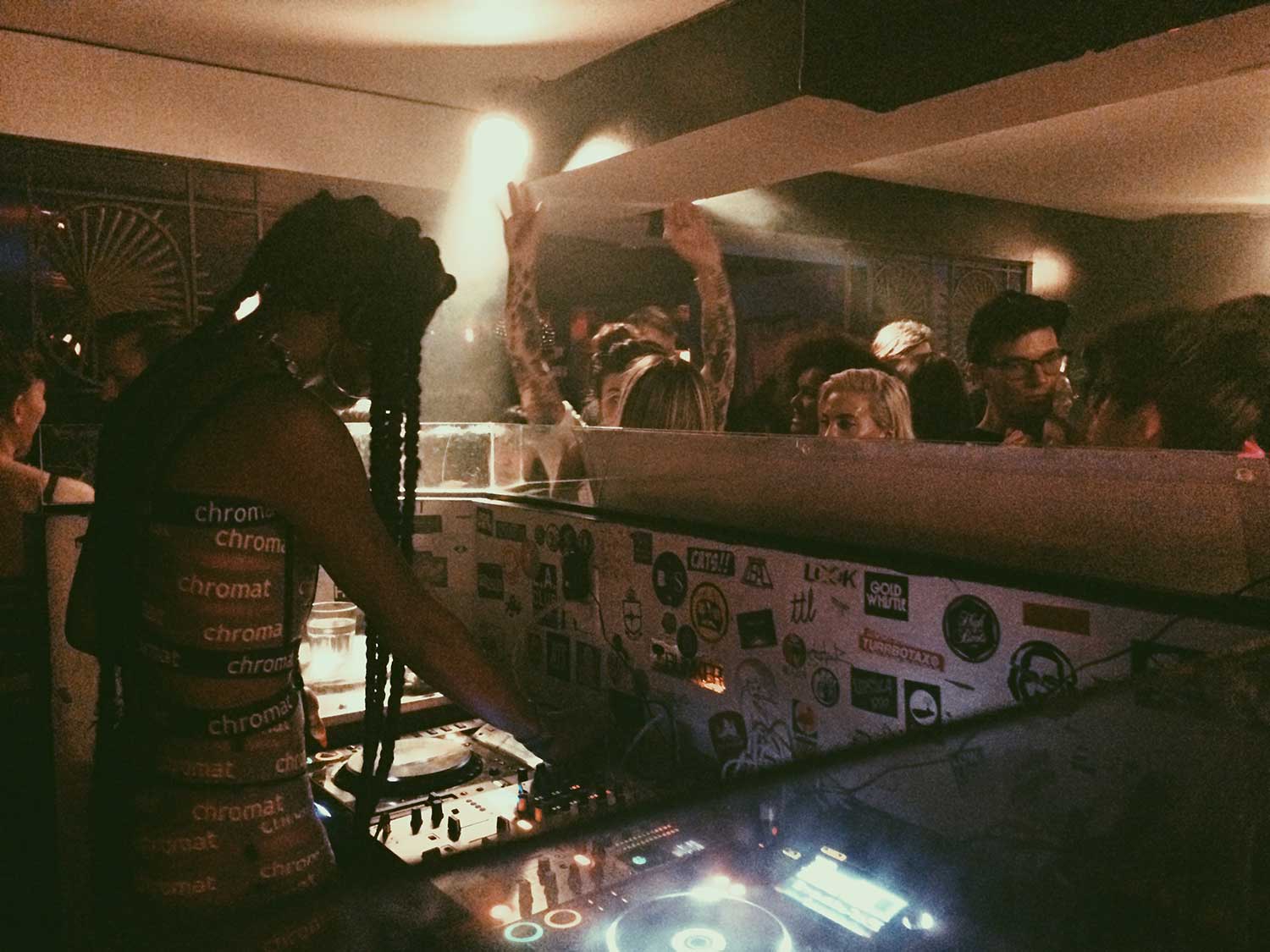 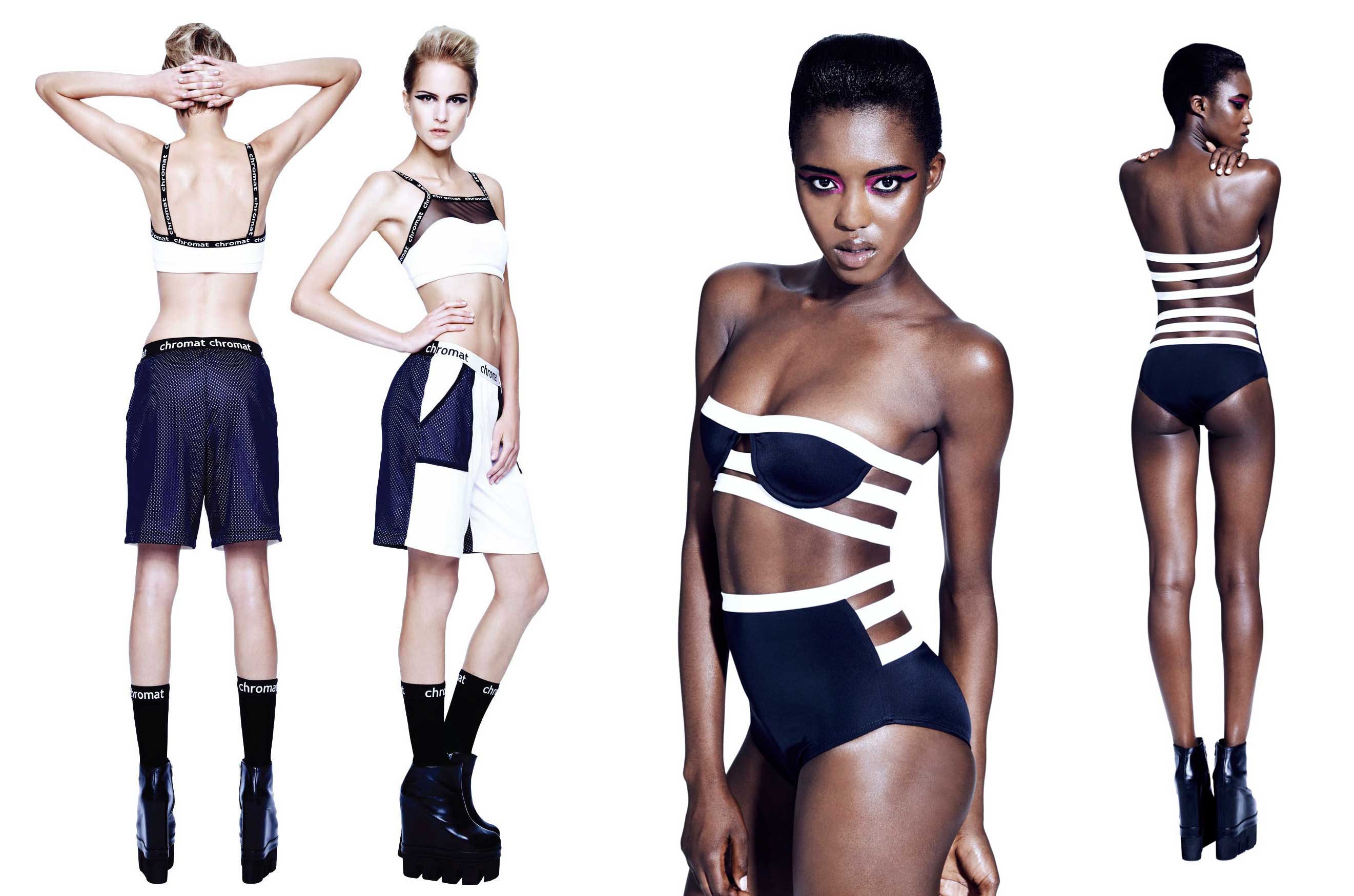 Since it’s inception in 2010, Chromat has been worn by Beyoncé, Madonna, and Nicki Minaj, and featured in Elle, Vogue, Details, and WWD. More interestingly, it’s been embraced by the growing scene of artists and creatives in Bushwick. Juliana Huxtable did a DJ set wearing Chromat last night, and was seen in a different design in Topical Cream earlier this spring. The party was hosted by the young and prolific Witches of Bushwick as well as Galore Mag, with DJ sets by Hannah Daly, and Falcone.

Chromat founder and designer Becca McCharen has a background in architecture design, and her clothing line fittingly focuses on “structural experiments for the human body.” As a mark of her success and the growth of her brand, McCharen was included in Forbes’ 30 under 30 list last December. Her designs invoke the costume’s constructedness; some of them even look like contraptions. Straps and brazes cut across the body creating geometrically precise figures – figures that coincide with and accentuate the body, hit it tangentially, or make it pierce through inanimate shapes. 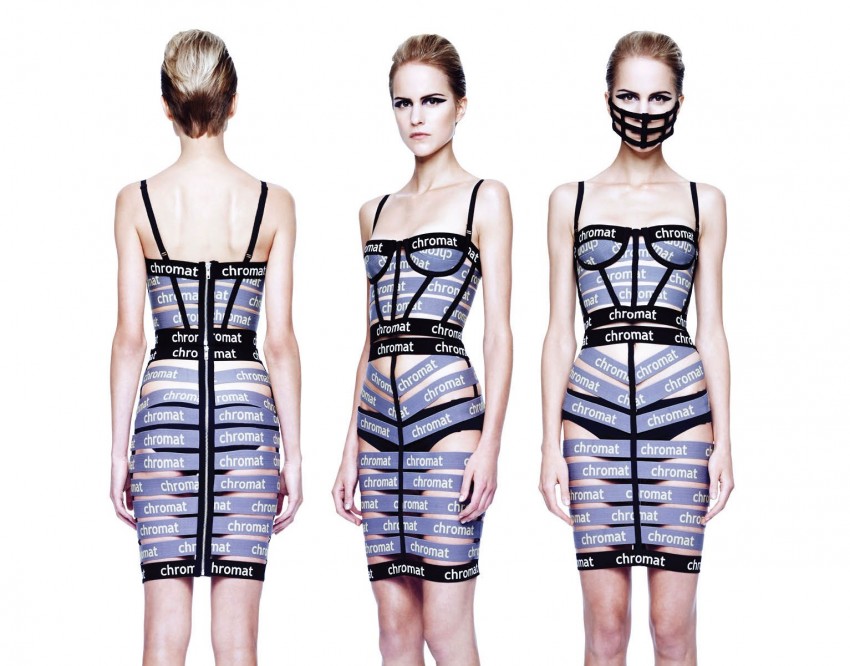 It is a skin-heavy collection and it’s instinctively fierce. There are obviously many swimsuits in this line, but the overall aesthetic draws no distinctions between swimsuits, athletic wear, and performance costume. As Faith Bowman wrote in her review last September,

The MATHLETES Collection is “inspired by competitive mathematics” and brings to mind the idea of smart and very aggressive girls going out to battle. . . . There’s the idea of antebellum hoop skirts and corsetry, but without the constrictions that left women fainting and weak. . . . The overall look is tomboyish and no-nonsense, because this girl is too busy to do anything elaborate.

We agree. The take on skin and exposure in Mathletes is wonderfully cynical and pragmatic. The costume for today’s hyper-talented, entrepreneurial, and workaholic party animals can’t be elaborate dresses of expensive materials. We work till dusk and then go out, we know it’s going to be sweaty, dirty, messy, and that eventually someone will spill beer on us, so we might as well be dressed in straps and stand on plateaus. With neither time nor patience to spend hours dressing up, today’s haute babes go simple, go classic, and dress down.

The A/W14 collection is also worth checking out. It’s called Bionic Bodies and like Mathletes it’s on display on their website. 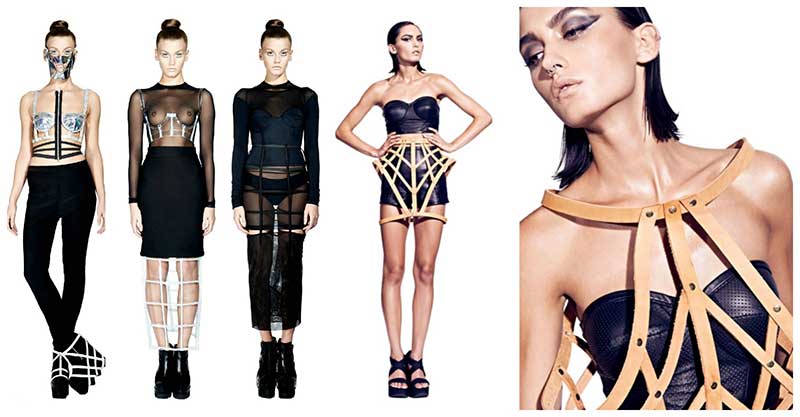