November Horoscopes Welcome back to the dark time of the year, on the other side of the veil. 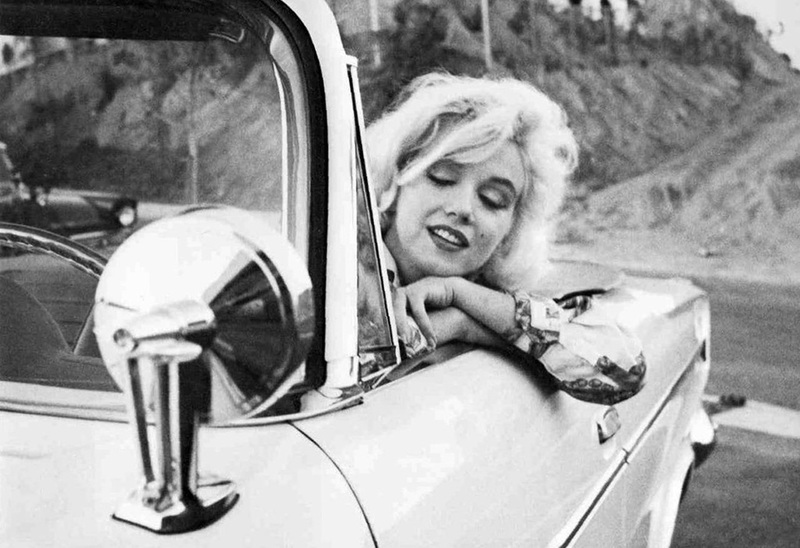 Andy Warhol: Just be yourself.
Edie Sedgwick: Well, which one?

A 30-year-old Norma Jeane Mortenson sits in a car with her dear friend Colin Clark, the third assistant to the director on the 1956 film The Prince and the Showgirl. As she gets ready to step out of the car, she realizes her friend is not yet aware of what awaits on the other side of the door. She asks him, “Shall I be her?” And as abruptly as a director says “action,” she emerges from the vehicle as the glamorous and highly coveted blonde bombshell movie star Marilyn Monroe, grinning and posing for photographers and onlookers.

Lately, I’ve been thinking about this story every time I overhear people discussing the online presence of people they know or follow, often with a hint of sarcasm or dismissal. “She says she’s so anxious, but she’s always posting on Instagram.” There’s something off about the shaming of people’s calculated online presence, because the implicit accusation is that she – it’s almost always a she – is betraying her authentic self, that the disassociation required to have an online presence is something corrupt. I think about this story because when Norma Jeane cum Marilyn stepped out of the car and into character, she alluded to what many Tumblr-famous teens make evident on the daily: disassociation is as much a trauma response, a self-protection, as it is a career move.

If you’ve ever included your Twitter handle on your resume, hidden a Facebook post from your timeline, you know what I’m talking about: we might be feeling vain when we do these things but we’re also doing it out of economic necessity. Those of us who are getting the most heat for cultivating an online personality today are often the same ones that are making obvious the economic conditions we live under, and what’s needed to survive under them: unless you come from money and power, you won’t get anywhere unless you “fake it ‘til you make it.” It’s so ironic that the early innovators of labor forms during economic downfall nearly always come from a marginal position but are the first to be called “sell outs.”

A couple months ago, when I mentioned some of the dogmatic premises I have regarding friendship and intimacy to my therapist, she asked me if I’d ever read anything about Borderline Personality Disorder. After her comment, I stayed up night after night for weeks listening to podcasts and reading archaic research on the disorder. I found a study on Borderline patients that determined how early in a face-to-face interaction they can identify indications of changes in mood: anger and disdain, happiness and affection. Results revealed that Borderline patients were much faster than their undiagnosed counterparts in detecting emotional patterns that might lead to abandonment. (Many argue Borderline is just a stand-in diagnosis for developmental PTSD from childhood abuse, neglect, and abandonment, and that Borderline behavior can be understood as a learned survival mechanism.) Still, the qualities assigned to those people diagnosed Borderline  – who until recently have been almost entirely women – are in fact some of society’s most stigmatized qualities: lying, desperation, manipulation, being over-emotional. Sitting cross-legged sipping soy milk across from me on the couch at the Mask office, Jackie Wang tells me that Marilyn, who famously pioneered method acting in film, was diagnosed Borderline. As though in a whisper, Monroe explains to us that emotional excess is almost always seen as an unbelievable, contrived persona, especially when it comes from women.

Until quite recently, Borderline Personality Disorder was considered an untreatable disease. Classical methodologies considered the lack of a stable, authentic self to be pathological. But to those of us becoming adults on the internet, the opposite is true: we’d go crazy if we had to abide by the dogma of a fixed personality. When I look at photos of Marilyn Monroe online, I can’t help but  wonder if BPD was what made her such a strong actor and public persona. Like Steven Poser said in an interview about his book The Misfit, “Marilyn shows us that [Borderline] demands not just a lot of clinical skill but, a kind of conceptualizing that wasn’t available at the time she was being treated.”

Perhaps we’d be more understanding of Marilyn Monroe today. Perhaps she’d have an easier time. But we all still have these thoughts to some extent. We switch our Twitter to private so our employer can’t read our candid feelings about them, or, on second thought, go back and delete something we Instagrammed the night before. Simultaneously, we might feel suspicious of a new friend being kind to us “out of nowhere” like, what do they want from me? Maybe, we feel alienated from an old acquaintance's online presence because that’s not how they presented themselves when we were closer. Like, what kind of manipulative, fake, insincere person would produce a persona in the first place?

What makes us suspicious about the full embodiment of a personality, I think, may not be the masterful performance of a “fictitious character” but the empathy, identification, and resonance that it is able to draw out of us. It’s as if the persona-holder is only legitimate if we don’t recognize a distinction between their public and private self, or if the performance is obviously a performance. In this way, it is the unannounced breaking of character, not the character itself, that makes us so uneasy.

Sure, it’s an anxiously destabilizing position to refute the very idea of a stable self, but let’s concede that our suspicion of Twitter teens with 100k followers and every other new performance belongs more to the era that deemed women hysterical and untrustworthy than the strange and complicated era we seem to be entering online. So, here’s our question this month: what if we agreed to read every performance of the self as a function rather than a test of supposed realness?

This is The Persona Issue, in which we dissociate like a pro, ponder what being an icon does to your psyche, cultivate a brand and play the game better than anybody else, and explore the fragility and temporality of the self in relation to the economy, trends, and friends. This month, we’re sitting down with writer and editor Sarah Nicole Prickett, exploring the world of video game designer  Merritt Kopas, following around the godfather of Witch House Pictureplane, and getting familiar with style icon, poet, and activist Alok Vaid-Menon. Stay tuned.