Win-win Synergy Rockstar Double down on these four disruptive strategies to leverage your social media reach in the blogosphere.

The day after Christmas last year was brick. It was one of those totally frozen but clear New York days, the sun occasionally peeking out from behind a patchwork of steel grey, Brillo pad clouds. Sometime after what I imagine was a languid brunch that day, in the afternoon, Jay Z and Beyoncé walked into a high end sex boutique on the Lower East Side of Manhattan. She was wearing a grey hoodie, hood up and eyes down. In real life, Beyoncé is smaller than the colossus of her persona would betray. The Queen knows how to move in public without attracting unwanted attention to herself. Like every interaction she has with the public, it was controlled and she was the one controlling it. Hova, not so much. It’s not that Jay Z can’t don a hoodie, it’s just that as we well know, a hoodie does nothing to make a six foot two Black man blend in. A friend with enviable timing happened to be at the same sex boutique, and would later recount Jay’s “tree-like” presence that day, recounting the story to me. He did, however, have a fitted on – Brooklyn brim, and eyes sitting low as hell.

The symbolic weight of this scene is heavy and if you a real one I don’t need to explain to you why seeing a man put down six thou on gold expressly intended for your pussy is a turn on. It is also, in every sense of the word, a performance. One in which Jay Z’s loverboy persona becomes an actor on Beyoncé’s stage.

Jay Z, who if you didn’t know, takes his name from the J-M-Z lines on the subway, is a total romantic. Before Beyoncé, that’s what he was known for (and known for being dissed for). When people came at Jay, it was about his being soft over the women he loves. The best example of this is Cam’ron’s diss track “You Got To Love It” which was part of a long, public feud between the Harlemite, his childhood friends Damon Dash and Kareem “Biggs” Burke, and Hova. It came out in 2006. He raps:

“It ain't my fault I'm raw
I'm sorry B but I want a war
And he stabbed Un over Charli Baltimore
Sucker for love, hmm-hmm sucker for love
Kill a bitch, go to trial – hand be stuffed in the glove”

Not only is Cam’ron calling out Jay’s girl by name, he’s saying Jay’s public performance of loyalty to Charli (a rapper and someone he was linked to romantically) means he’s bitch-made. In other words, a loverboy. Jay Z is a romantic character, and one who, compared to his peers, doesn’t define his masculinity by his lack of feelings over women. I mean, he still stabbed someone. But as he demonstrated, he not only doesn't have a problem with toys, (unlike some other straight men) but he is willing to be a part of a public performance showing just how far his adoration of his wife’s sexuality extends.

There are rare moments when we see the Beyoncé we’re not meant to, but the sex store sojourn isn’t one of them. Think about it: it’s Beyoncé. We’re never not looking at her. She could have had someone go into the store for her, she could have ordered online, but instead she makes a public trip in the middle of the day accompanied by the man she’s currently sleeping with. No, definitely not a slip up. And besides, even when she does misstep in the public eye, she takes it – like the image of her, Jay, and Solange on a silent elevator surveillance tape – consumes it, swallows it whole, and like a chimera, is able to metamorphose even a moment of instability into the liquid value of her brand. “Of course, sometimes shit goes down when there’s a billion dollars on the elevator.” I’m sure the hotel employee who leaked the tape is still in hiding.

Her performances are both responsive and intertextual, building on one another such that her “persona” is in conversation with her “real self” to the extent that the boundary itself becomes blurred. Although The New York Times has said Beyoncé is seen but not heard, I have for you a catalogue of lyrical evidence pointing to everything Queen B’s said about performing and the sexual thrill of being watched.

Her first solo album, 2003’s Dangerously in Love, contains the first clues to B’s obsession with both being watched and performing. On “Naughty Girl,” she breathlessly announces how she is aware of her partner’s gaze on the dance floor: “I see you look me up and down, and I came to party / I love to love you, baby.” Then, on “Baby Boy ft. Sean Paul”, she tells us about an exhibitionist fantasy, albeit a pretty tame one: “Picture us dancing real close in a dark, dark corner of a basement party / Every time I close my eyes it’s like everyone left but you and me...” While B and Sean Paul get proverbially busy in the dark, there’s still an audience present and their dance floor becomes a stage. 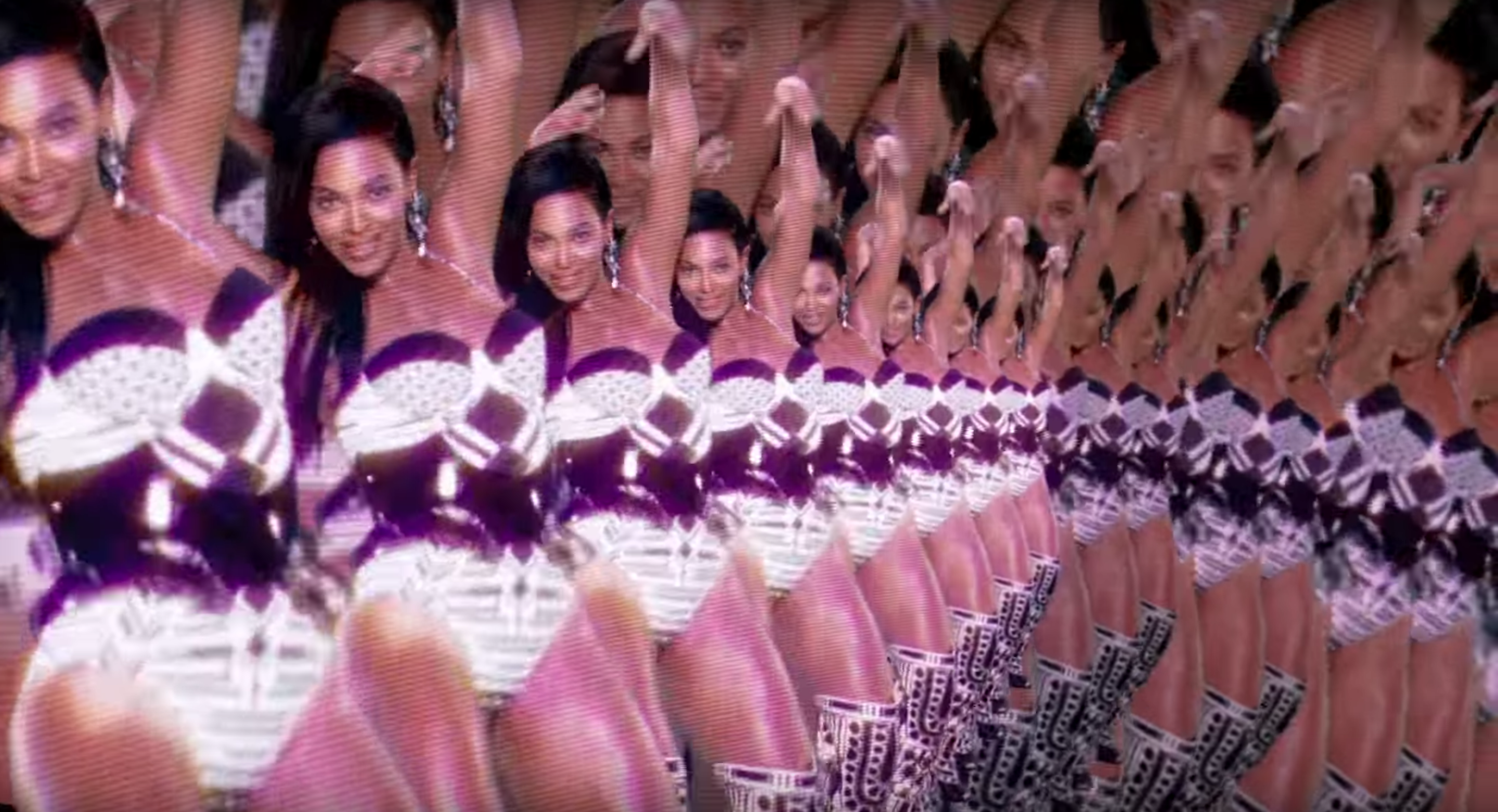 On her second studio album, B’day, there’s “Get Me Bodied,” one of my favorite of her dance tracks, where an impatient B wants the men hanging back on the walls of the dance floor to step onto the main stage, continuing the dance floor as stage metaphor. “I wanna be myself / Don’t you see my body? I want to let it out tonight…” She manages to take the artificiality of performance and the idea that all eyes are on her in any setting, and turn pressing up against its strictures into a thrill. She wants to be herself, which includes using her body in grown, sexy ways, sometimes (if they're lucky) for men to see. In the extended remix of the same song, we feel the erotic thrill of being recorded (anticipating 2008’s “Video Phone”): “Pose for the cameras now, flick flick…” she teases. She serves us a feverish, neo-noir, voyeuristic spectacle in the “Dance For You” music video, gyrating on office furniture while a grizzled detective in a fedora looks on. “Boy I like it when you watch,” she sings in a throaty voice, ”Promise you won’t tell nobody,” reminding us that secrecy, as the conceptual foil to surveillance, can be equally erotic as being seen. It’s a sentiment which she echoes on “Party ft. J. Cole: “I’ll give it all away, just don’t tell nobody tomorrow...”

And finally, her eponymous studio album, which may be the most sexually explicit she’s released to date. In “Partition,” B gets freaky with the limo driver looking on, and asks him to put up the infamous barrier. “I don’t want you seeing Yoncé on her knees” is a line that actually made me blush the first time I heard it. In the music video to “Partition,” Jay Z is sole audience member to her striptease. “Tell me how it’s lookin’ babe,” she purrs in the lead in track “Yoncé,” repeatedly exhorting her love interest to lay eyes on her and pay her verbal tribute. 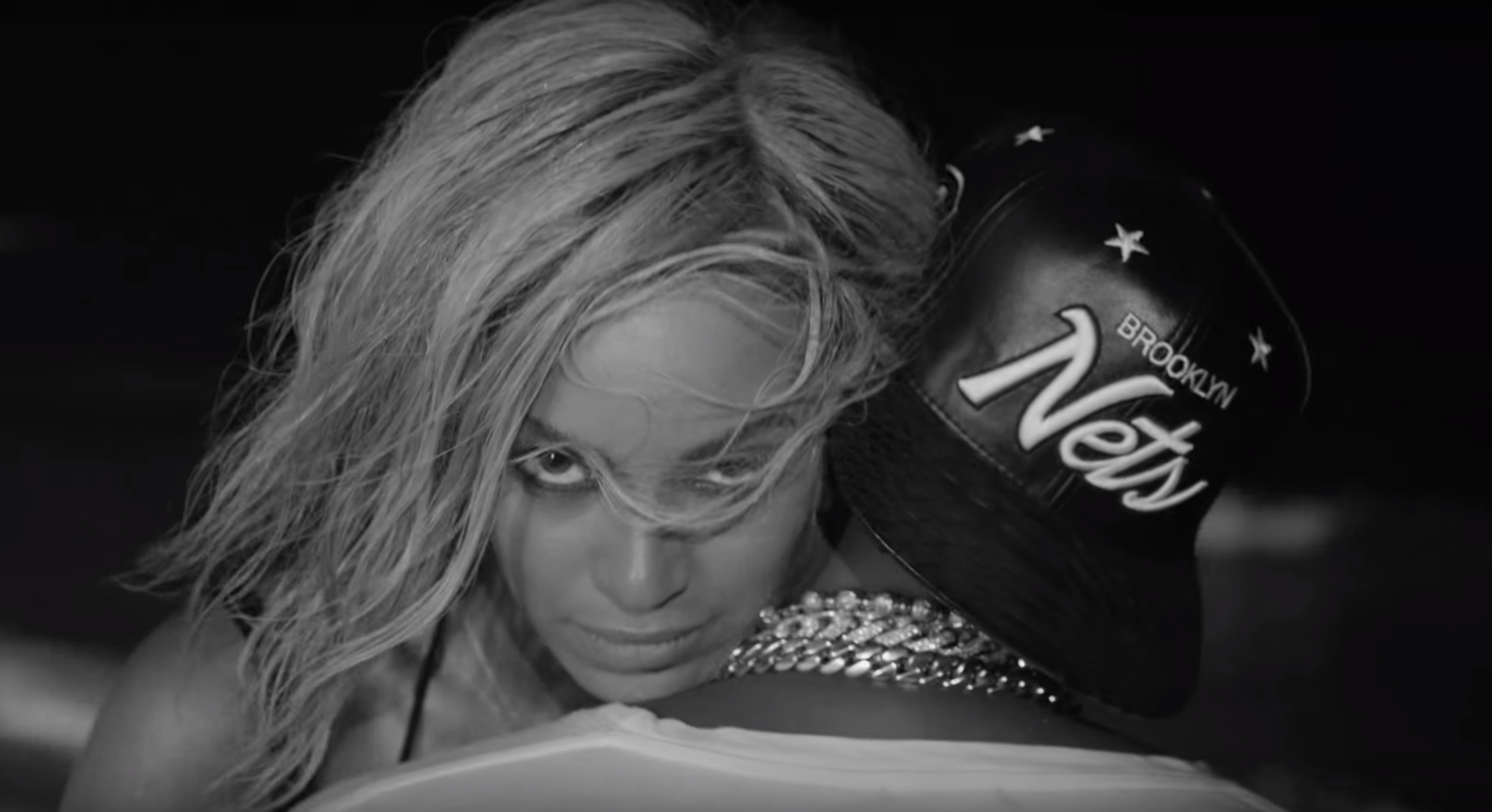 Beyoncé is a woman who rose to the occasion of self discipline, excelling at pageantry in reaction to being watched, assessed, and judged from the time that she was a small child. She has always been in the spotlight, always been watched from afar. She’s from the South, with a relatively conservative cultural and family background. She’s not from Queens like her sister Onika and definitely not from Barbados like our favorite bad gyal, Rihanna. If you consider her cultural origins and her personal history, her obsession to being surveilled makes sense. Surveilled as in watched, yes, but also a self rendered hypervisible, broken down into categorizable and discrete elements of personhood, be that identity or aesthetic. We expect the surveilled to bear all of this without betraying that it's a performance. We expect celebrities to be palatable, digestible people. And where our collective imaginary can’t break down who they are into bite-sized pieces, we cast suspicion, aspersion, and judgement. The world especially does not judge Black women kindly.

Beyoncé has flipped the script on being surveilled, and through distillation of a certain skill set and performative ethic, responded by making the constant spotlight work for her. Arguably, no one has more successfully monetized a public persona. I think about her face printed on a dollar bill, literally advertising her currency in the “Flawless” remix video and realize damn, she is making money off of her messiness. She and her created persona are indomitable. Something in me deeply admires that. Beyoncé clearly has fun with it. As a Muslim girl, I can understand the erotics of guilt (if you’re Catholic, maybe you feel me). Sneakiness can be sexy, and from there it’s not too far of a conceptual leap to the idea of being watched, or getting caught or being punished. “Punish me, please,” she sighs to her lover on “Rocket,” another dirty banger. We all live multiple lives, tailor multiple selves to different contexts, and perform on cue – but to be so watched and judged, and to still make room on the imaginary stage for your man to shower you in gold-plated sex toys indicates a level of control, confidence, eroticized self-awareness, and sexiness most of us will only ever dream of.