LRAD.NYC is back! Listen to this exclusive mix by DJ FXWRK as you get ready for work or play this week.

I tried to kill myself. Here is what happened when I called a counseling phone service. 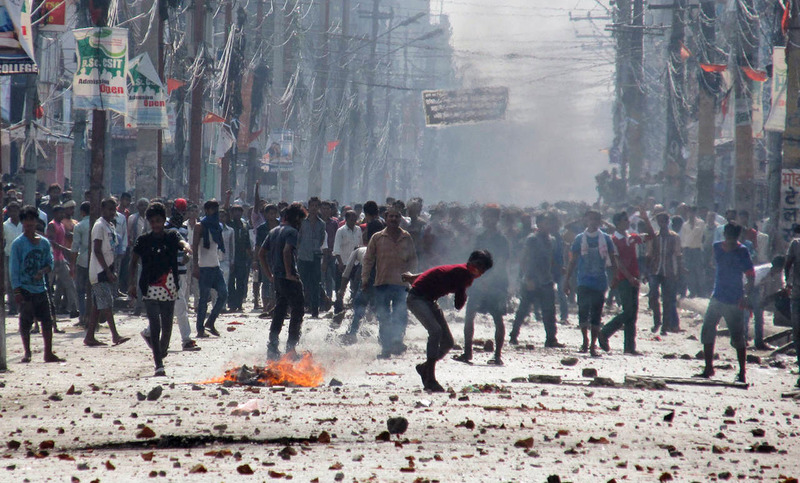 On the morning of November 22 in Abbotsford, Canada, a runaway cow had run onto Highway 1, backing up traffic and causing many cars to swerve in order to avoid hitting it. The cow managed to get across the highway without any accidents, but police then chased and tried to corner the cow in a parking lot. For 30 minutes, cops unsuccessfully attempted to find someone to call to help them apprehend the cow. When the cow then tried to run into traffic again, one of the cops aimed their rifle and fired 24 shots into the cow, killing it. The cow’s owner was later contacted and informed of what happened. An investigation into the cops’ use of force has been launched, and the police have decided to update their list of people to call whenever they have an animal on the loose.

In southern Nepal late on the night of November 21, people from the Madhesi ethnic group blocked the country’s main highway in protest against Nepal’s new constitution. The Madhesi’s say that the new constitution gerrymanders their province in order to diminish their community’s political influence. Police then attempted to clear the protesters off the highway by shooting tear gas at them. The Madhesi protesters then decided to fight back, allegedly throwing “firebombs, spears, sticks and stones” at police. The cops then shot at the protesters, killing Birendra Ram and Nageshwor Yadav. According to the police, at least 28 people were injured that night including 15 cops. The next night, in response to the killings, protesters set fire to motorcycles and to the official vehicle of the district’s police chief. Police opened fire on protesters yet again and killed at least one more person. More than 40 people have been killed in battles between police and Madhesi protesters since August.

On November 20 in Port-Au-Prince, Haiti, supporters of presidential candidate Moise Jean-Charles took to the streets in protest of the results of October’s presidential election, which were released on November 5 and sparked almost-daily protests. The protesters accused current President Michel Martelly of rigging the election in favor of his preferred candidate, Jovenel Moise. Haitian police cracked down hard on the protests, beating demonstrators with batons, spraying tear gas, and shot one activist at close range. Protesters had to carry away the man’s body in a wheelbarrow. By the end of it all, at least 20 people were arrested, and a journalist was attacked by police.

On November 26, Turkey’s police decided to lift the curfew in the mostly-Kurdish Nusaybin district after almost two weeks of being on lockdown. The curfew first began as part of the police’s campaign against Kurdish militants. Since then, nine people have been killed, 19 people were injured by police bullets and grenades, and much of the streets are in ruins.

Cops in the United States have killed more than 1,030 people in 2015, including 24-year-old Christopher Nichols, who was killed after cops chased him on foot for traffic warrants, and James Hall, a mentally ill and legally blind man whose family disputes the police’s story of how he died.