#prisonstrike Follow along with us as things escalate on both sides of the wall.

not eating My disordered eating and desire to take up less space were both unhealthy manifestations of gender nonconformity. 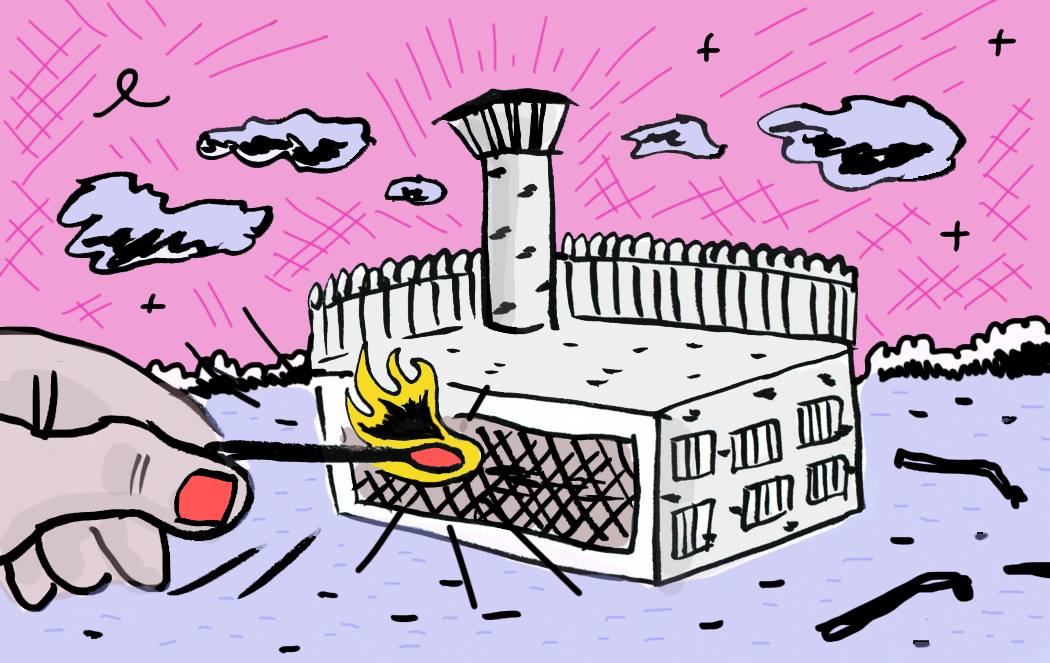 How outside support can impact the outcome of prison struggles.

On September 9, prisoners in more than seventeen US states are planning a nationally coordinated work stoppage and protest, according to the Incarcerated Workers' Organizing Committee of the Industrial Workers of the World (IWOC). IWOC also counts 35 states where numerous captives are aware of the strike and the growing mobilization of outside support. On the date of this writing, that outside support involves events or actions in over fifty cities across the country.

It is likely the strike will kick off in only some of these places, but once it does, it could spread to correctional facilities across the country. We might not know what will happen, but one thing is for sure: prison authorities are paying close attention, and have been especially busy punishing prisoner leaders. Siddique Abdullah Hasan, one of the most public spokespeople for the strike, has been framed in a fake islamophobic suicide bomb plot. Melvin Ray, Kinetik Justice, and Dhati Khalid of the Free Alabama Movement (FAM) have been sent to solitary, assaulted and otherwise under constant attack by the Alabama Department of Corrections (ADOC). Cesar DeLeon and LaRon McKinley-Bey of the Dying to Live hunger strike in Wisconsin are currently subject to a force-feeding regimen.

If the rebellions continue and expand past September 9, so will the retaliation. In fact, if this will be anything like previous prison uprisings in the US, we can assume that the response will be quite violent, maybe even deadly. But from past historic prison uprisings, we can also learn that the role outside supporters decide to play and are able to play has a significant impact on the outcome.

Narratives of Past Struggles

The September 9 protest is scheduled for the 45th anniversary of America’s most famous prison uprising at Attica prison in New York. On that day, over two thousand prisoners took control of Attica for four days. They held 42 staff members hostage and went to great lengths to negotiate a peaceful resolution before the state sent in the national guard to violently suppress the uprising and regain control of the facility.

During the Attica prison riot, journalists were allowed unto the occupied yard to interview prisoners. This meant that the governor and prison officials were forced to answer questions about not only the events of the takeover, but also about conditions in the prison and the prisoner’s claims of abuse and torture. Notably, Attica occurred at the height of anti-prison struggle. It happened a few weeks after George Jackson was killed, in the middle of Angela Davis’ trial and defense. It was followed by strong prisoner self-defense and self-determination actions in Angola, Walpole, and Walla Walla. During this time, prisoner struggles were not secret things happening on the invisible edges of our society, and people were in active revolt against all the institutions of white supremacy and social control.

After the national guard went in and started shooting, the state tried to pursue charges against the surviving prisoners. But those prosecutions went nowhere because huge protests erupted across New York and around the nation in response. These protests eventually broke the silence of a medical examiner who destroyed the prosecution’s case by publicly admitting that all but three of the deaths were caused by bullets, while none of the prisoners had guns. This admission fueled further protests until Governor Carey issued a blanket amnesty in 1976.

Four years later, another major prisoner uprising took place, with disastrous results. This time the New Mexico State Penitentiary was controlled by prisoners for only 36 hours, but during that time 33 prisoners died and hundreds were injured. Negotiations failed, but the state retook the prison without the kind of slaughter that occurred in Attica. After the uprising, only a few prisoners were prosecuted, and the longest sentence was nine years.

In Santa Fe, the media and public atmospheres were far from sympathetic with the rioting prisoners. By 1980, the Reagan-era backlash was well underway, including the war on drugs and the mass incarceration boom. The coverage of the event was grisly and highly sensationalized. Most of the deaths occurred in the protective custody wing, where rebelling prisoners got hold of acetylene torches and used them to cut into cells, and then tortured and killed the snitches, queers, and sex offenders inside.

One explanation for the comparatively light sentences and low number of prosecutions in Santa Fe was that the NMSP administration was under a lot of scrutiny. According to researcher Mark Colvin, the years leading up to the riot saw steadily degrading conditions and security concerns, including 36 escapes. Because of this, when the prosecution cases went to trial, defense attorney William Summers was able to argue that the prison officials must share responsibility for what happened.

Standing in stark contrast to both Attica and the Santa Fe Uprising is the 1993 Lucasville Uprising at the Southern Ohio Correctional Facility (SOCF). Over forty people were indicted after Lucasville, five were sentenced to death, and more than a dozen others are serving long sentences or life bids. As described by Staughton Lynd in his Statement for the Re-examining Lucasville Conference in 2012, Lucasville involved fewer deaths but far worse outcomes for the prisoners than either Attica or Santa Fe. At 11 days, it is the longest uprising in which people died, and it is also one of the few that ended with a negotiated surrender. So why was the state able to place so much harsher penalties on the Lucasville rebels than any other uprising?

The key difference between Lucasville and these other uprisings was that the government was able to control public awareness and sympathies which allowed them to hand down punishments against targets of their choice. By 1993 Bill Clinton and other “third way” democrat strategists had swallowed the tough-on-crime rhetoric of the Reagan years, forming a spectrum-wide bipartisan hatred and dehumanization of prisoners. Lucasville shared the media stage with the Waco Texas massacre, and the State of Ohio aggressively and successfully silenced the prisoner’s voices during the uprising. There was no outside support. In fact the community of southern Ohio was looking for revenge. Petitions advocating summary executions for anyone the state fingered were circulated and signed.

The Ohio Department of Rehabilitation and Corrections (ODRC) and the special prosecutors exploited this environment to win their cases and expand their prisons. They sensationalized the riot, forced defense lawyers off cases, recruited and trained snitches and arranged the trials to put black prisoners in front of racist white juries in Scioto county, and white prisoners before black judges and Anti-Racist Action protesters in Columbus.

One could argue that they were able to do this because, unlike Attica or Santa Fe, the prisoners killed a hostage guard, named Robert Vallandingham, but the story is not that simple. First, Vallandingham was killed under desperate circumstances, after authorities had shut off electricity and water and surrounded the prison with national guard troops. Secondly, he was most likely killed by one group of prisoners, who later cooperated with the state to escape punishment. Vallandingham died while George Skatzes was on the phone with the authorities, literally begging them to negotiate a surrender rather than storming in like Attica or Waco, but he is awaiting execution while Anthony Lavelle, the man believed to be actually responsible for the killing walks free, because he snitched and made up lies against the other prisoners.

Attica, Santa Fe, and Lucasville are three of the biggest and bloodiest prison uprisings in US history. No one wants to see something like this happen in 2016, but even as examples of the worst case scenario, their lessons apply to any prison struggle. In summary, each of these historic uprisings led to very different outcomes for the prisoners, and those outcomes were largely determined by the support and protest movements on the outside. In Attica, the prisoners killed one guard and were initially indicted for the deaths of other guards, but because of the protests they were granted general amnesty. In Santa Fe, prisoners took 10 guards hostage severely beat and sexually assaulted them, along with hundreds of prisoners, but only a few were convicted and the harshest sentence among them was 9 years. In Lucasville, by contrast, one guard was killed under complicated circumstances, which arguably led to a surrender and less loss of life than an Attica style raid, but the state indicted and charged the people who negotiated that surrender.

We can see the significance outside support has played in recent protests as well. In December of 2010, prisoners in Georgia set a new high-water mark for prisoner resistance by staging a state-wide shutdown and work stoppage. During the resistance, outside supporters and alternative media organizations like the Black Agenda Report were able to get the story into mainstream media, and exposed violence of guards who attacked and disappeared leaders.

In part thanks to this, word of the protest got out, and inspired three survivors of the Lucasville Uprising, including Siddique Abdullah Hasan, to stage an ambitious hunger strike against solitary confinement in January of 2011. This action resulted in a rare success, significantly expanding the prisoners’ access to rec time, legal resources, phone and visitation, which they then used to increase their organizing capacity and win further communication access.

The hunger strike in turn helped inspire hunger strikes in Pelican Bay, California and Menard, Illinois. The protests in Pelican Bay had such robust outside support that it generalized to include 30,000 prisoners. It also got the support of the Center for Constitutional Rights, which helped prisoners win a lawsuit limiting the use of solitary confinement to ten years.

In 2014, the Free Alabama Movement (FAM) entered the national spotlight with a work stoppage to rival Georgia’s, but thanks to the media attention given to Georgia and California, they were able to go much more public with their efforts, eventually inspiring the Free Mississippi, Free Virginia, and Free Ohio Movements. Expanding communication and outside support allowed Siddique Abdullah Hasan to connect with FAM, starting conversations that grew to include prisoners and supporters elsewhere, eventually producing the call to action for September 9.

This narrative outlines only one trajectory of the growing anti-prison protest movement. It is the story I am most familiar with, because it includes prisoners I’ve talked and organized with. Other writers have highlighted stories that start with immigrant detention centers in Texas. There are trajectories focusing on queer and trans prisoner resistance, like Ed Mead of the George Jackson Brigade and the Walla Walla resistance movement which published a newsletter to help coordinate California prisoners during the hunger strikes. Efforts to coordinate and expand national-level communication between and about prisoners in women’s facilities, who have been largely overlooked are underway. In all of these cases, outside support and storytelling have been and continue to be key to successful prisoner organizing.

The primary role and most important task of outside support for prison rebels is responding to repression. IWOC and others have created practical systems for shining a protecting light into the invisible corners of the carceral state and giving solidarity and strength to prisoners in struggle, but we also need to ensure that whatever happens to our comrades, their tormentors aren’t the only ones telling the story. 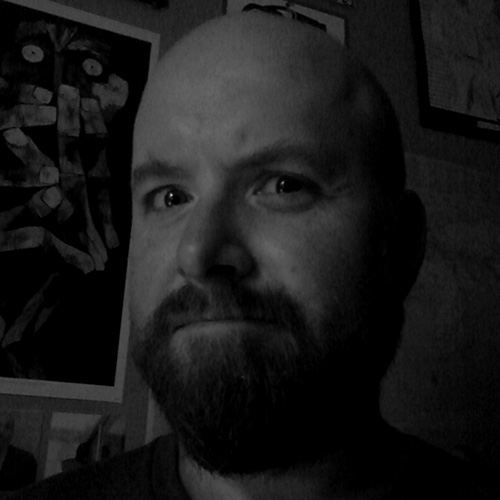 Ben Turk is a radical theatre artist and ardent prison abolitionist. He has toured the country with Insurgent Theatre organized with the survivors of the Lucasville Uprising and other prison rebels across the US. He built and helps maintain SupportPrisonerResistance.net. He is currently an Inreach Co-Chair of the Steering Committee of IWOC: the Industrial Workers of the World's Incarcerated Workers Organizing Committee.