Fire to the Prisons 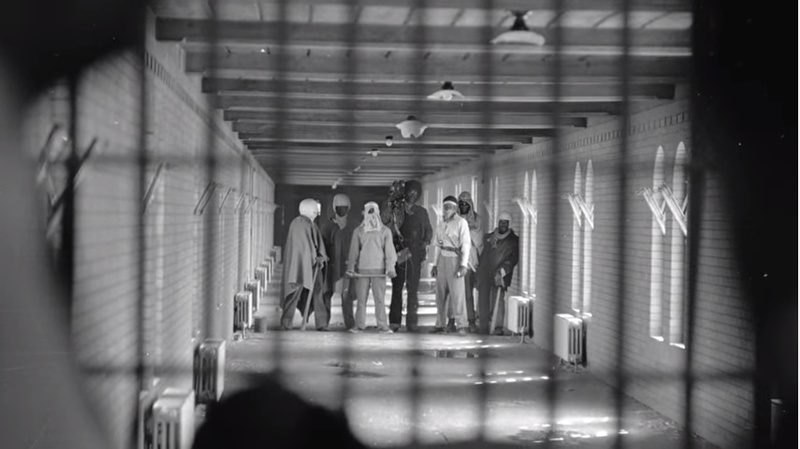 Prison rebels during the Attica uprising 1971

Fire to the Prisons

One of the first people I met in Ferguson was Freddie, a twenty-something St. Louis native. He had been out in the streets since the day the police left Michael Brown’s body in the sweltering sun for four hours and he came back every day since then. Freddie had recently been released from St. Louis’s Medium Security Institution, one of their jails nicknamed “The Workhouse.” He’d spent the last four years of his life there due to drug possession charges. Just four months later, he was in the streets, escaping tear gas while watching a gas station go up in flames.

By the time I left Ferguson, I considered Freddie my friend. Before heading out to protest, we would smoke and laugh. Sometimes Freddie would freestyle as another friend gave him a beat. Often Freddie ranted about something or other, dropping in jokes that would make everyone laugh. During protests, Freddie’s jokes were a welcome release and his protective nature was helpful, to say the least. After protests, we would grab food before I’d drop him off to wherever he was staying that night.

Another person I met, who I’ll call Michael, had also been released from prison in 2014, just months before he would find himself on the streets during the Ferguson uprising. He had spent the last fourteen years of his life, since he was 17 years old, in a Missouri prison. I remember him telling me that the adrenaline he felt during the first few nights of the Ferguson uprising was unlike anything he had ever experienced in his life.

As media TV crews and national newspapers looked in bewilderment at what was happening in St. Louis County, both Freddie and Michael expressed how they saw Ferguson as a rebellion, not just against police, but the entire carceral system that they had been subjected to. When Freddie was asked if he knew anyone lost to police violence, he mentioned his brother, who was in prison on a life sentence for a crime Freddie says he didn’t commit.

The day I arrived in St. Louis was the anniversary of George Jackson’s death. Three weeks after George Jackson was killed in 1971, Walter Rodney wrote a eulogy in which he said, “Ever since the days of slavery, the USA is nothing but a vast prison as far as African descendants are concerned. Within this prison, black life is cheap.” As Tamir Rice, John Crawford III, and Tanisha Anderson made national news, Rodney’s last sentence echoed in my head. He wasn’t the only person to compare being black in America to prisons – it’s a sentiment reiterated over and over again by Malcolm X, Fannie Lou Hamer, Fleeta Drumgo, and many others. And if segregated, urban, black enclaves are a form of open-air prisons, then it seems fair to say that what’s gone down over the past two years in Milwaukee, Ferguson, Baton Rouge, Baltimore and elsewhere are prison rebellions.

As I write this, it’s August again, which means September is approaching. This year it will mark both the 45th anniversary of the Attica uprising and a national prison strike that will hit prisons across the United States.

Many people associate New York State’s Attica prison with the brutal conditions that gave rise to the deadliest prison rebellions of all time. While it’s true that Attica prison became notorious for its brutal conditions after the riot, it’s notable that the uprising of Attica in 1971 happened during a time of prison reform. During that time, both New York and California were being heralded as a national model for their focus on “rehabilitation” and “treatment” as opposed to retribution and punishment. In fact, according to criminal justice textbooks, the 1950s to 1970s was the “rehabilitation period” of the prison system – right after the “Big House” period of large maximum-security penitentiaries and before the “Contemporary Prison,” which is whatever the hell we have today.

The “rehabilitation period” is perfectly illustrated by the concerns of the New York Governor’s Special Committee on Criminal Offenders, formed in 1965. Six years before the Attica rebellion and nine years before the Bedford Hills rebellion at a New York women’s prison, then-New York Governor Rockefeller called for a commission to focus on reentry of prisoners and reducing recidivism. Three years later, the commission suggested, among other things, to adopt the language of penal reform including using correctional facilities instead of prisons and correctional officers instead of guards; the purpose of the prison, according to this liberal reform, was simply to correct – not to punish or abuse. After one was corrected, they could then safely re-enter society. As the journalist Jessica Mitford wrote of California’s prison initiatives in the 60s and 70s: the reforms reassured “the public on both counts: by promising a benevolent prison system wherein criminals will be dealt with as fair as their fallen state deserves, and by offering the assurance that only those who are thoroughly ‘safe’ will be loosed on the community.” The prisons remained brutal but they had a benevolent cloak to conveniently place over the prison while presenting it to the public as a “reformed” institution. One that American people sitting in their homes would feel comfortable about, without challenging any of their fears of a prison’s purpose or the people being held inside.

All the reforms, the benevolent rehabilitation, the humane institution, did nothing to stop the Attica uprising on September 9, 1971, nor did it stop the 300 prison rebellions, prison strikes and riots that occurred throughout the country in the decades both preceding and following Attica.

Quite the opposite, the reforms were part of the brutal system prisoners were rebelling against. “The program which we are submitted to under the façade of rehabilitation,” wrote the prison rebels at Attica in their manifesto, “are relative to the ancient stupidity of pouring water on a drowning man, inasmuch as we are treated for our hostilities by our program administrators with their hostility as medication.” The reforms hailed nationally stoked the uprising.

On Attica’s 45th anniversary, we are again in a time where there is lots of talk about prison reform. Our politicians, both Republican and Democrat, quickly went from ignoring mass incarceration to using it as a buzzword, exchanging promises of criminal justice reform for votes. Those in charge of the prisons and jails, like DOC Commissioner Joseph Ponte in New York City and John Wetzel in Pennsylvania, are praised and branded as ‘reformers,’ and changes such as tasers for officers and new restrictive units are applauded as reforms. In his great reforms, Ponte limited solitary confinement in the punitive segregation unit and opened up indefinite solitary confinement in his new Enhanced Supervision Housing units. While he illustrates his plans to end solitary confinement for 18 to 21 year olds (instead of ‘inmates’ like the DOC labels other people incarcerated, these lucky people are called ‘young adults’), it involved building the Secure Housing Unit for young adults.

The Secure Housing Unit, described proudly by the staff of the DOC, is an alternative to solitary confinement where young adults at Rikers Island will be rehabilitated and treated in programs based on a compliance model. Unlike solitary confinement where detainees are sentenced to a set number of days for an infraction, in the Secure Housing Unit, obedience means you’re eventually awarded with returning to general population; dissent and noncooperation means you’ll remain in the restrictive unit indefinitely. In this Secure Housing Unit, the common area consists of four larger cages. Those held in this unit, will leave their smaller cage each day for a larger cage, where all this wonderful treatment will take place.

Of course, New York is not alone. Alabama’s Department of Corrections is in the news bragging how they will be improving mental health treatment and Alabama’s governor wants to reform his prisons by building four new mega-prisons. These reforms are heralded by the powerful all while ignoring resistance happening behind bars or twisting that resistance to fit their agenda.

Meanwhile, the voices behind bars continue to grow louder and louder until they cannot be ignored: prison riots and mass escape attempts from Nebraska to Tennessee; hunger strikes and work strikes stretching from California to Michigan to Alabama. And now: the National Prison Strike, planned to begin on September 9.

If Ferguson is a prison rebellion as well, then #BlackLivesMatter, #SayHerName, and recent #PrisonStrikes are more than just somewhat related but intimately intertwined; and piecemeal reforms like body cameras, community policing, better neighborhood jails, new risk assessment technology, and lowered mandatory minimum sentencing (coupled with new mandatory minimums) are so obviously far from being ‘solutions’ but just the opposite, steps that will solidify and acquire more power in order to imprison Black America.

Soon it may become apparent that reforms praised by the powerful are not just the opposite of the solution, but part of the reason why prisoners are resisting. And if that is made clear, then this time around, we should ask how we found ourselves here again and to listen – intently – because those in prison will tell us what comes next.

This is The Prisoner Issue: we’ll be sitting down with former political prisoner Daniel McGowan, exploring the history of the prisoner, and passing the hat for that bail fund. We’ll be hearing about past and current resistance happening behind bars – from halting labor to stopping sexual violence. We’ll realize we’re indebted to the bondsman, and dream of breaking our loved ones out while we bang pots and pans outside of the walls while those inside riot. 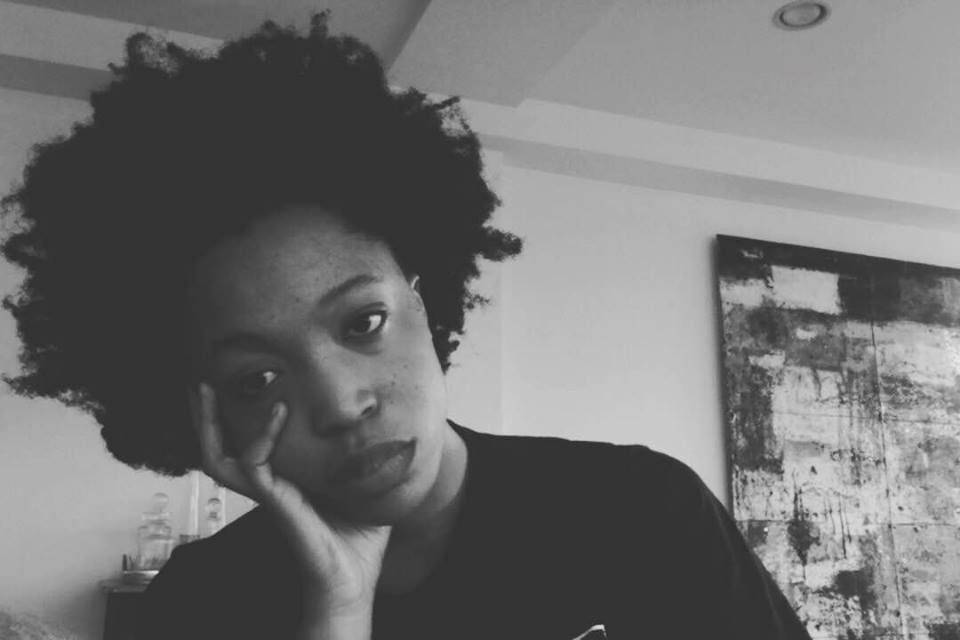 Raven Rakia is a freelance journalist and writer who covers prisons.