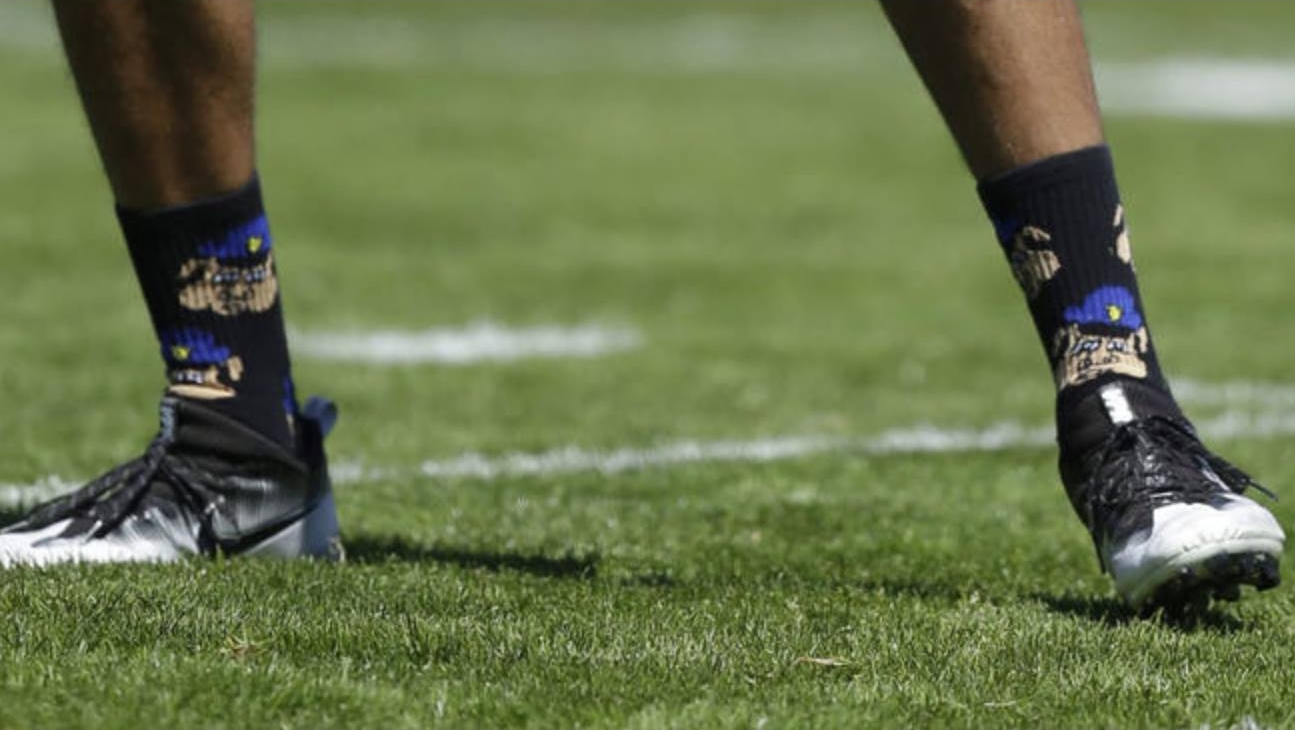 But the head of a police organization doesn’t think so...

Sports lovers and dissidents alike, you might be into this: Colin Kaepernick rocked these socks with pigs in police caps at the NFL 49ers training camp on Thursday. Some old farts aren’t so happy about it. Reports tell us that Bill Johnson, executive director of the National Association of Police Organizations (a coalition of police unions and associations from across the country) said, “It’s just ridiculous that the same league that prohibits the Dallas (Cowboys) football club from honoring the slain officers in their community with their uniforms stands silent when Kaepernick is dishonoring police officers with what he’s wearing on the field...”

Here is what Colin had to say about this little fashion statement:

In case you don’t know, Kaepernick is in the midst of an ongoing protest against having to stand during the national anthem performances that take place before every single kick-off. Rumors are still circulating that Kaepernick might be kicked out of the NFL for the trouble he’s stirring up.