Juliana Huxtable sat down with us to discuss afrofuturism, #ferguson, and her many fascinating projects in NYC. 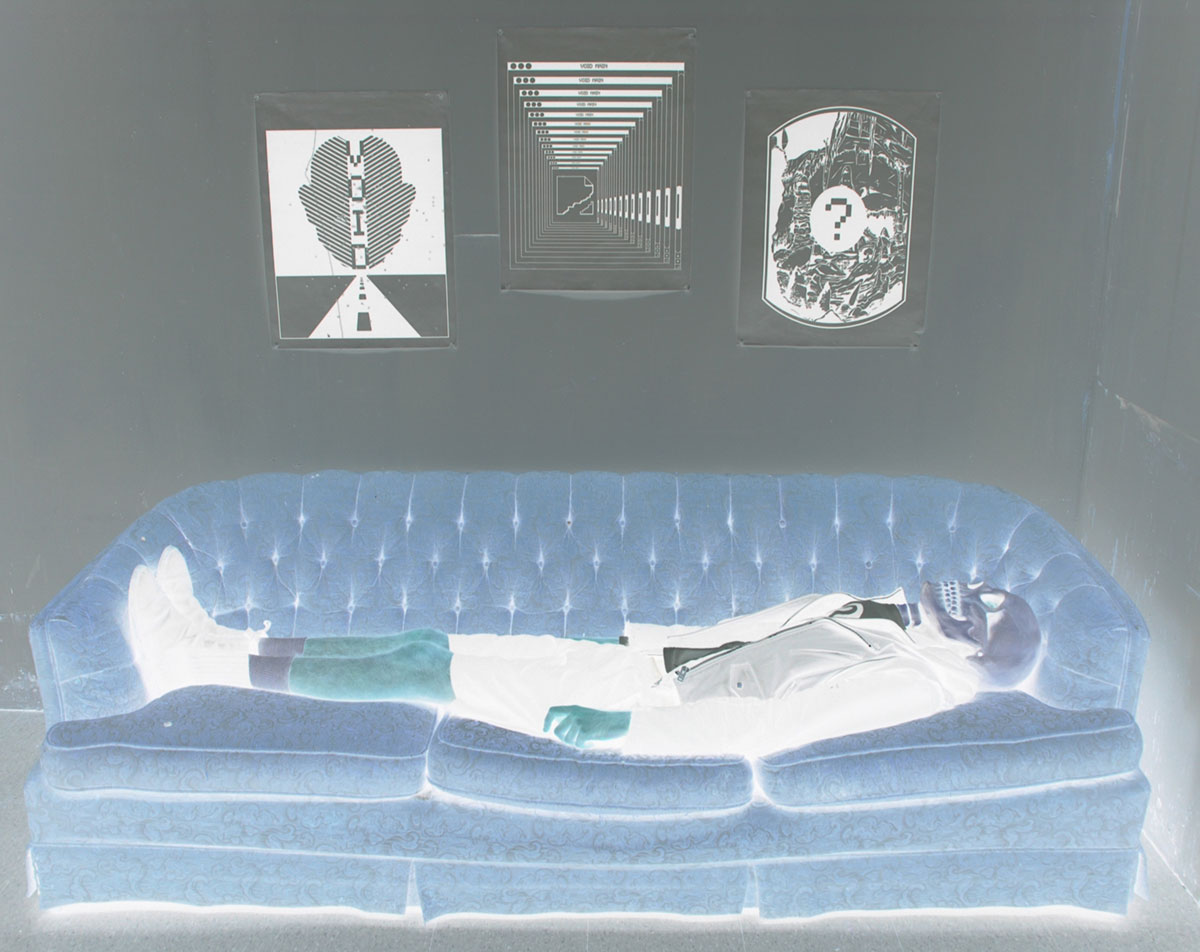 While haute couture has always been about individual prominence, streetwear communicates group association and affinity, as well as enmity. This is changing. Subcultures are passé and the runway is soaking up streetwear influences like never before. Post-internet culture is so self-referential that the feedback loop itself is sometimes more notable than any individual input or influence. Void Main is one clothing brand that’s experimenting with dress for this cultural abyss.

After weeks of teasers, Void Main opened their online store today. We contacted Shane Farrell, creator of Void Main, to talk about how the cultural void and digital horror inspired the brand. 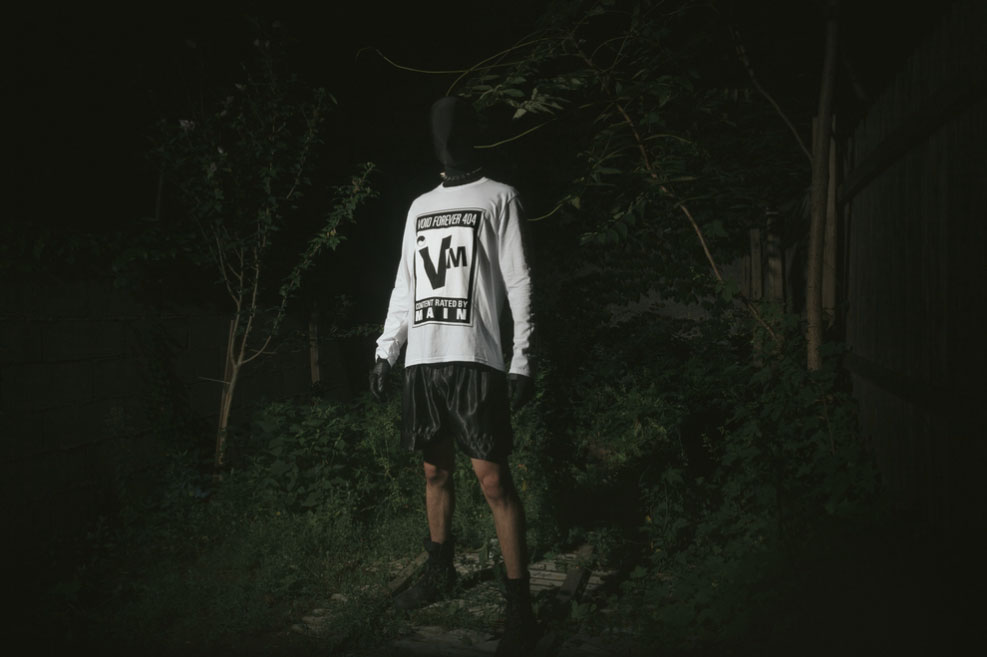 What’s the story behind Void Main?

Someone approached me about doing a clothing brand and asked me to come up with something. This person had a lot of faith in my vision and kind of just let me run with it. So over a period of time I built the visual language and conceptual space that became Void Main. Coming up with and focusing on the question mark/help symbol was an important moment. I worked until I felt I had arrived at something singular and from there it started to build itself and become its own organism. 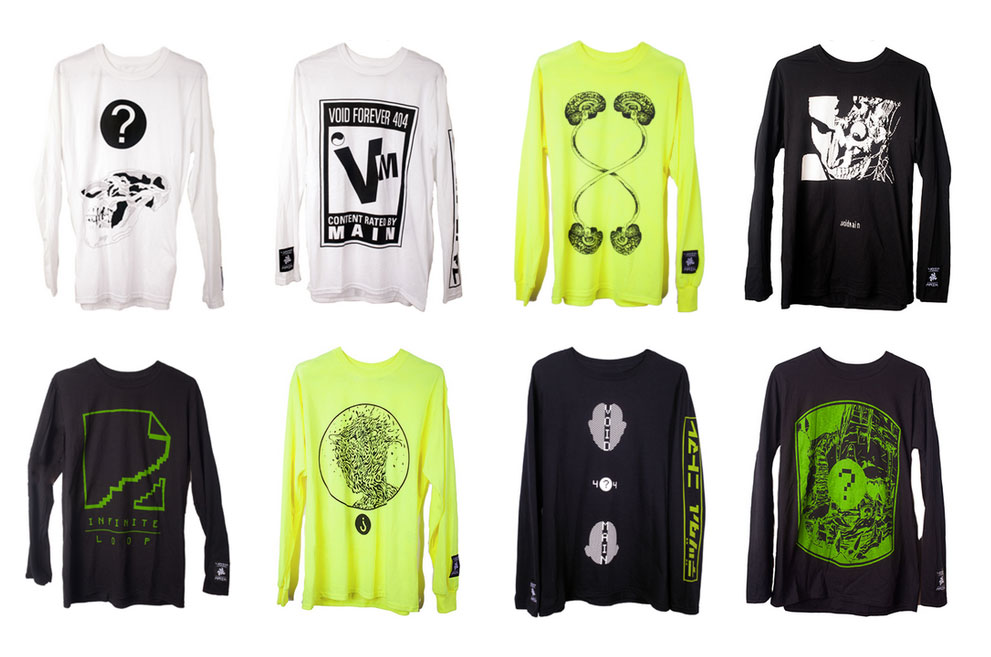 If I tried to describe Void Main to one of my friends, I would use notions like internet art, nihilism, symbolism inspired by historical referentiality. Where do you draw your concepts and aesthetic from?

The aesthetics and concept come from many different places, and the terms you’ve used are definitely some of those places. There are perhaps too many different influences to even be able to focus on a few, but that’s the point.

Void Main derives from the feeling of being trapped in a cultural void.

So much cultural information is being processed that it starts to feel overwhelming or even meaningless. We dive infinitely deep into this abstraction called culture to attempt to formulate an identity, but culture is just that: an abstraction, meaningful because it is shared. I suppose I’m trying to capture that moment when cultural beings realize just how abstract their situation is, how reliant on a knowledge of reference. Culture is the main void – Void Main. Void Main is a depressed hive-mind Transhuman trapped in a psychedelically induced processor loop. Moments of digital horror are tinged with a strange transcendent hope, or perhaps only a strange hope for transcendence. Paradox is central.

I don’t know if I have any favorite streetwear brands right now. It’s been a while since I found any new clothing that I really connected with in any significant way. Lately, I’m influenced more by ideas, technology, art, and conceptual, theoretical, and emotional spaces. Some things that have influenced the brand are: Extreme Animals (Jacob Ciocci and David Wightman), Bernhard Willhelm, Cassette Playa, Raf Simons in the early to mid 2000s, Mat Brinkman, Mike Kelley, CF...

Who else is on the Void Main team and what do they do?

The other primary member of the Void Main team is David Kresses. We’ve worked on a lot of things for the brand together: designs, videos, photos, ideas, feelings, concepts. David and I work really well together. He’s a perfect balance for me. Our approaches to making complement each other nicely. He’s great at helping inject humor into our approach and pulling me back when I get too self-serious or too deep in the void.

Diego Enrique Flores has done all of our photography and videography. Gila Monsta has been providing us with music. Ethan Cline does all of our web work and built our amazing website. Dark Sister reps us and they appear in our lookbook and helped style it, so shouts out to them. 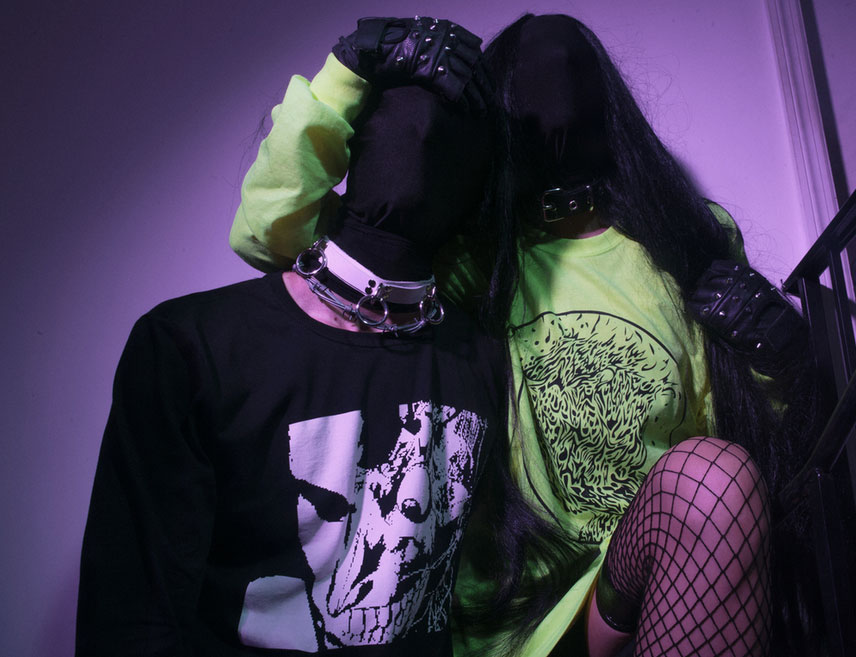 When I was younger, I rejected the internet, particularly its social aspects. I guess I thought it was frivolous at the time and I preferred “real life”. I refused to engage. Since then I’ve moved in the other direction and realized that “real life” and the internet are not separate entities. I’ve even met a lot of my best friends through the internet. I caught internet forums at a good time – before social networking ate everything – when they developed their own particular cultures, native to them. I got into net art and was involved in various communities surrounding that, though I was always on the fringe. I’ve become obsessed with examining the ways that technology and humanity are merging and co-evolving. The internet and I are basically inextricable at this point. We’re part of the same being. I just got a smartphone a few months ago after having a flip phone for a very long time. It’s all over for me now.