Cameos Alou Minati, Alessandra Hoshor, and Avry give us their sense of the swampy South. 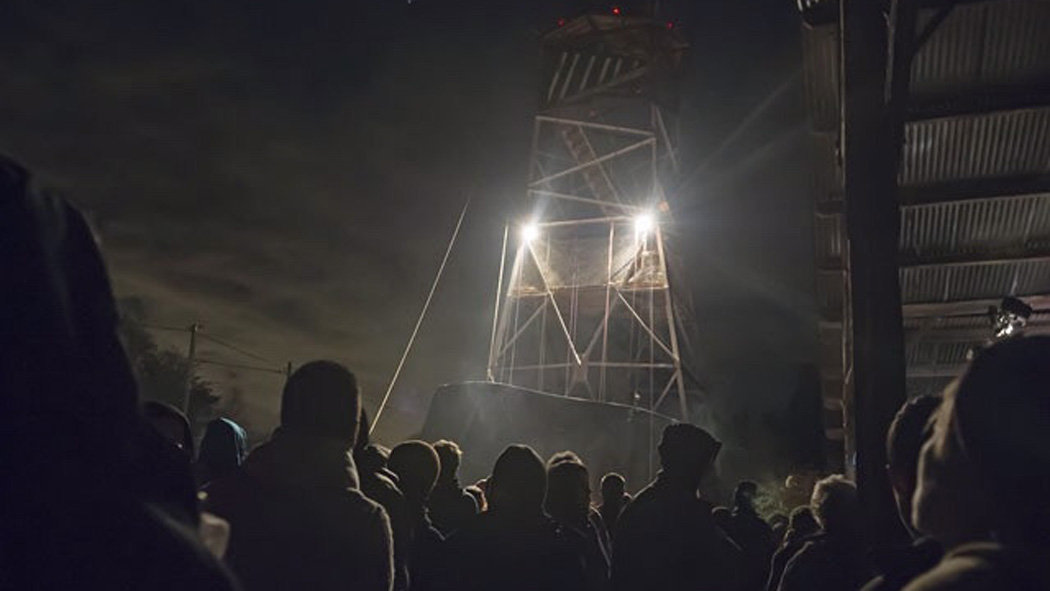 True to the growing needs of today, Walkaway reveals utopia amid intensity, complexity, and cascading disasters. Ryan Richardson walks with us through Cory Doctorow’s dystopian narrative.

The Trump era has sent dystopian literature to the top of the charts and left readers anxiously pondering just how bad things might get. But why let our attention be drawn only by the darkest possible outcomes? In these troubling times, we ought to temper frightening speculation with images of the future we desire.

Cue Cory Doctorow’s Walkaway, a timely utopian novel whose protagonists are out to radically remake the world. Its sci-fi future is glitteringly weird and pretty queer too, reading like a mashup of subcultures: squatter, raver, burner, hacker, maker. Above all it’s a book of ideas, covering themes such as capitalism and inequality, ownership and use, surveillance and privacy, technology and work, abundance and scarcity. With its vision of a decentralized, tech-enabled revolt overtaking capitalism and the state, Walkaway traces a path towards a future worth fighting for.

Walkaway is billed as a “disaster utopia,” drawing on Rebecca Solnit’s remarkable A Paradise Built in Hell. Like its inspiration, Doctorow’s book is a parable of human decency amid desperate circumstances. It’s utopian not because it offers the blueprint of a perfect society, but because it shows ordinary people, motivated by belief in better days ahead, striving to live them out in the present. Utopia is in the long game.

Rather than a single shattering event, the disaster half of “disaster utopia” is synonymous with civilization itself. Generalized collapse looms in the novel’s background. The climate wreaks havoc. Species disappear day by day. Deadly pandemics spread. Coastlines are underwater. The UN handles a billion “refus” worldwide. Periodic “gezis” (as ubiquitous protest movements are known) erupt across the globe, feeding a weary cycle of popular uprising and government crackdown.

“Default” society – Doctorow’s nerdy, useful shorthand for the status quo – senselessly drags on. But as one defector puts it: “This all can’t last. Even if it can, it shouldn’t.”

At the center of the story are the eponymous walkaways – those who pass “out of the world as it was and into the world as it could be.” Walkaways, at first glance, are like an updated version of ‘60s dropouts turning their backs on official America. Each has a personal story of disenchantment and rebellion. They up and leave families, schools, and jobs, choosing an uncertain fate over Default’s false promises of security and success.

In the case of our three young protagonists – Iceweasel, Hubert Etc, and Seth –  a nasty police raid on a warehouse party gives them a crash course in leaving everything behind. They exit the orderly metropolis (“humming networks of meaningless, totalizing money”) and set out across the ravaged terrain of North America (“an endless surplus of sacrifice zones, superfund sites, no-man’s-lands, and dead cities”).

Like every utopian novel, Walkaway is a work of both future speculation and present-day critique. Doctorow’s portrait of Default and its ruling class of the “zottarich” – cynical and calculating types, luxuriating in slick condos, profiteering on climate chaos – is a mirror to the current regime of global finance. This is post-Great Recession fiction, drawing on Occupy Wall Street and other anti-austerity movements, with shoutouts to David Graeber and Thomas Piketty, always keeping capitalism and its cult of greed in the crosshairs.

Catastrophic though the landscape may be, our fledgling walkaways enter a free zone where a new life is eked out among the ruins. They discover that walking away is about more than just dropping out – it’s about building a new world together. As we follow our misfit trio, Doctorow gives us intoxicating tours of liberated cantinas, bathhouses, and festival-like gatherings (think Burning Man, but less annoying).

The first hub they encounter, the Belt and Braces (“B&B”), perfectly encapsulates a budding culture of social experimentation. With basic needs largely met by automation, freed from wage-labor and a fixed schedule, time feels “thick” to the B&B crew. On any given day, the indefatigable Limpopo – founder of the hub and an early walkaway mentor to our three protagonists – finds there is “nothing and everything to do.” Long hours are given over to making friends, to heady conversation, to hatching plans, and to fucking, obviously.

But casting off the pervasive culture of self-interest – residue of a Default upbringing – turns out to be serious emotional work. Social dilemmas reminiscent of the counterculture still take place in the B&B: bouts of competition, resentment, and sexual jealousy break out even among the most diehard believers. Walkaway’s charm is not to pretend that conflict will somehow magically disappear one day, but to show people earnestly trying to resolve their problems together. Even in utopia friends bicker, groups split, love fizzles, and shit hurts.

What makes walking away a viable option, what makes possible their joint escape, is an outsized dose of technical ingenuity. Limpopo is eager to demonstrate to Iceweasel, Hubert Etc, and Seth the solutions that keep the B&B running and make it effectively autonomous from Default. As any precarious worker knows, capitalism’s blackmail is such that the system that feeds and houses you is the same that holds your time and labor hostage. Lesson number one for walkways: if you can meet your needs in another fashion, the system has that much less power over you.

Walkaways solve the capitalist conundrum by hijacking existing infrastructure and, where that fails, by improvising new collective approaches to meeting needs. Our trio hears of boarded-up Midwest towns and idle Muji factories, left to rot by capital flight, occupied or ransacked for useable goods. They watch as next-gen 3D printers turn waste, foodscraps, and raw materials into food and medicine, shelter and clothes. The B&B thrives by scavenging nearby areas, with smart machines recycling resources, turning former systems of scarcity and control into an abundant, communal lifestyle.

Later chapters have our band of protagonists trekking from hub to hub, visiting a secretive research facility (underground, literally) and an abandoned mining town turned eco-cult, even venturing into Mohawk territory (“friendlies who’ve been fighting longer than anyone in walkaway”). The walkaway movement is scaling up and somewhat reluctantly confronting its revolutionary implications, while Default is witnessing a mass exodus from its dying world.

“There’s a reason walkaway stuff tends to be a building or two, a wasp’s nest wedged in a crack in default,” Iceweasel’s friend warns of their growing successes. “Anything over that scale goes from entertainingly weird to a threat they can burn in self-defense.” Her dire prediction comes true when walkaway scientists figure out how to simulate consciousness in a computer (Walkaway’s MacGuffin), leading immortality-obsessed zottarich to pummel the research facility. Abandoned Akron, now squatted by walkways, the homeless, and refugees – model of “a happy world of plenty salvaged from a burned husk with absentee owners” – is next to pay the price.

The walkaway response is to take the same technologies that allow them to live independently of Default and turn them against Default. 3D printers fab field rations and medkits for upcoming skirmishes. Clever weapon designs are downloaded off the darknet. Salvage drones are deployed in ambushes on the cops. Walkaway is an exercise in imagining technology, cleaved from the framework of surveillance and profit, being put instead to liberatory use. Some accuse Doctorow of techno-utopianism, but his latest book seems to rest on a simple point: tech is what we make of it. A network can censor revolt or spur it.

Faced with unrest in the center and walkaway threats in the periphery, the world of the zottarich threatens to disintegrate. Closing portions of the novel describe a massive revolt rippling across Default, reading like a geek’s version of The Coming Insurrection. There are protests and riots, general strikes, army desertions, the “rupture” of state institutions like hospitals and public housing – turned inside-out and given over to the people. In one astonishing section, our ever-intrepid Iceweasel, Hubert Etc, and Seth link up with a high-stakes prison revolt, joining former inmates in a battle against private military contractors backed by the police.

Faithful to its premise, Walkaway delivers a utopia born among complex, cascading disasters. Doctorow’s vision of revolutionary struggle, when all is said and done, is rather bloody. But that should not dissuade us from the novel’s call, its challenge, to get ourselves out from under capitalism. As walkways know, it’ll take more than outrage to put an end to the disaster we are living through. We’ll need legions of people ready to build and fight for a new world, with all the creativity and utopian spirit they can muster. 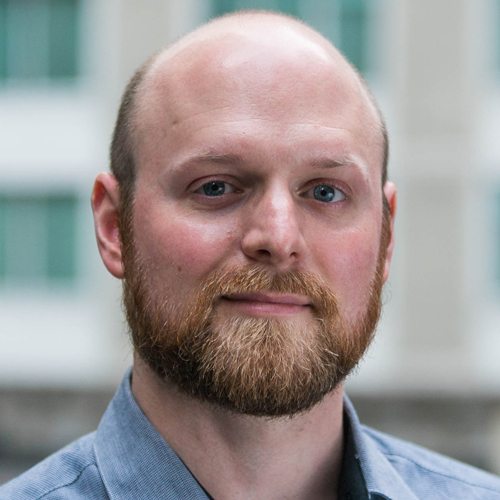 Ryan Richardson studied at The New School and lives in Ridgewood, Queens. His essays on politics and culture have appeared in Guernica, The Brooklyn Rail, and elsewhere.