Internet Crushing on Guayaba Her newest release Black Trash/White House is the soundtrack you need to stay lucid in these nightmarish times.

Slow Violence in Cancer Alley A 100-mile stretch from New Orleans to Baton Rouge has over 156 industrial facilities and is the most toxic land in the Western hemisphere. 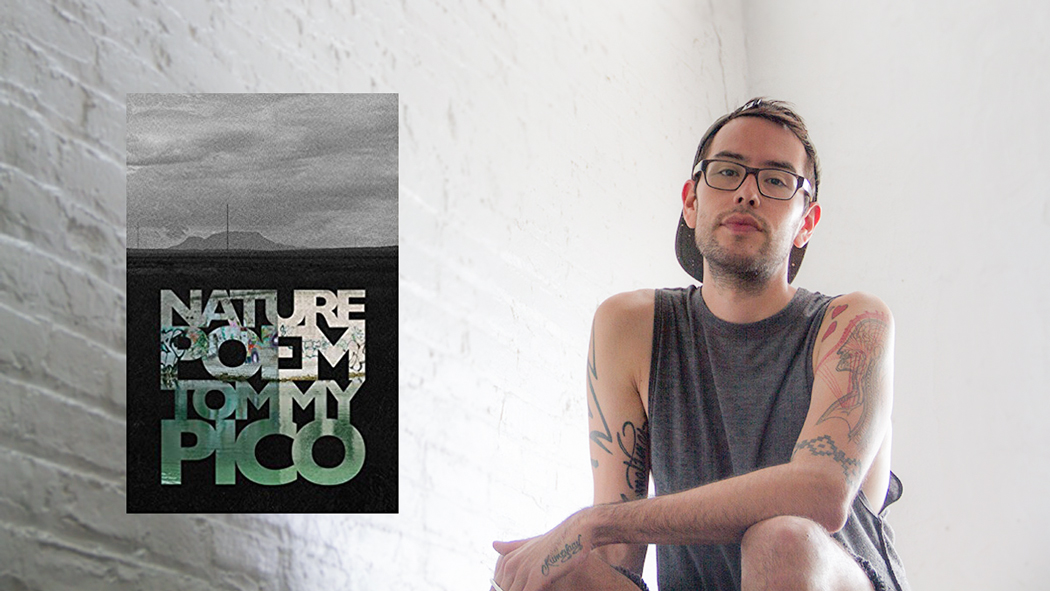 A while ago, Tommy “Teebs” Pico and I were sitting and gabbing with some poets. I don’t remember the exact situation, but I know there was rosé involved. He was finishing, or had just finished the manuscript for Nature Poem. Someone in the group, queer, brought up the experience of reading their first queer poet, and what that was like. As we went around the table talking about the first queer poet they ever read, we got to me. I thought a bit and realized, “It was you, Tommy.”

I started reading Tommy five years ago, on Tumblr – a perfect vessel for work like his, which already then was subversive, subcultural, intersectional, and deeply T.M.I. Tommy’s writing felt dirty, unvarnished. He used Internet acronyms, smoked cigarettes, cursed. Tumblr has always been a mover of poetry like this – it breeds it, disperses it, miscredits it. It is an underworld and at the very same time, a safe space.

In what I like to refer to as the “Me, Myself, and I” of his poetry career, he posted a video up on Tumblr of him reading a poem: an almost-ode to his own butt – one he felt insecure about and simultaneously proud of. Within the dichotomy, I saw myself (and if you know me, you also know I’m a man of slender, buttless stature).

I bring this up because the poem holds a contradiction, one he is aware of and embraces in loving and hating his own butt. When you are a straight person, this contradiction is no extraordinary feat. Straight people love their contradictions. They love their Lena Dunhams, their David Foster Wallaces, and their episodes of Entourage. They’ve had a few hundred years in the mainstream to develop a culture complex enough to accept contractions. Because queer people haven’t been in the public eye very long, we’re not allowed our dirty contradictions yet. We’ve only been a thing for like 40 years, sheesh, Teebs! Let’s build a reputation first! Let straight people read the palatable ones like Oscar Wilde and Michael Cunningham before we get to freaky Internet poems about our own butts!

But the same reason I was drawn to this freakiness was the same reason his sophomore book, Nature Poem, holds true to the kind of work Tommy likes to create. Nature Poem, an epic poem of 74 pages, is one nonstop contradiction. In it, the narrator wrestles through his hatred of men and his acquiescence to them. His love and disrespect for poetry. His closeness to and distance from his Native American roots. And ultimately, his disgust and infatuation with the very idea of “nature.”

Nature is kind of over my head

the speech sweeps inland is overtaking

Nature keeps wanting to hang out, and I’ve been looking for an excuse to use the phrase “hackles of the night” but you can’t always get what you want.

Every date feels like the final date bc we always find small ways of being extremely rude to each other, like mosquito bites or deforestation

like I think I’m in an abusive relationship w/nature

then again I think I’m in an abusive relationship w/myself, I whisper after pinching my squishy belly

The narrator trusts no one, especially himself. Throughout the work, he bounces between whether or not he wants to kiss or slap men (or alternatively, trees). When the work pingpongs like this, the distrust turns inward: “I think I’m in an abusive relationship w/myself.” As it wears on, you realize that the ping-ponging is as natural as anything. It is exactly what the inside of my head feels like, possibly yours too.

Teebs is like the Homer of Internet-generation poetry, and this book is the Odyssey of hatefucking. The narrator constantly crawls into bed with the things he is deeply skeptical of – and he’s skeptical of literally everything, except possibly Aretha Franklin (“gaia is alive in those pipes”). Sometimes he hatefucks for fun, sometimes for art, sometimes to explore, often because the book is honest, because the book’s honesty is audacious af.

Gay men are the worst people ever

bc if they don’t want to fuck you,

you are nothing to them.

Yet they love dogs.

I am highly susceptible to exaggeration, but I am fairly certain that this is the truest thing I have ever read. Factual? Probably not. True? Absofuckinglutely. When it comes to gay identity, Tommy wields truth like a small knife. One of his signature moves is in luring the reader into a false sense of security, setting you up for a laugh only to jab under your rib with pointy honesty. When he comes for gay male culture, rest assured he takes no prisoners.

And whether he deems himself “queenly,” threatens to slap a tree, or haunts the memory rafters of his own past, Tommy Pico’s main priority is breaking things. Breaking form, breaking rhythm, breaking expectation, breaking silence. Above all, breaking himself.

and that’s prolly why poetry bc, in order to get inside
a poem has to break you
the way the only thing more obvious than your body
is leaving yr shirt on in the pool.

And I guess that’s why I love the hellfire Tommy Pico continues to put out: it’s breaking me too. It’s dissecting the things in me that many are too afraid to dissect: queerness, brownness, bodies, attraction, and the mess inside our own heads. These days, it’s too tempting for me to drown this stuff out – to stop reading the news, to turn off the radio, to pretend like we live on a different planet. We are afraid to pick apart race and identity because they feel big, intersectional, and out of our range. But considering the administration this book was born into, how could it not just pick, pick, pick? He is never afraid to take a scalpel to these things, and smiles while he does it. He sets an example for future blade-wielders with charm, wit, and wicked sass.

And whether claiming Tommy Pico was the first queer poet I read was “factual” or not, it was definitely true. The T.S. Eliots and Walt Whitmans couldn’t do shit for me – Tommy’s poetry was the first in which I saw myself, simply because he was himself. And because of that, the truthful little queermos of tomorrow’s Internet might read through the honesty of Nature Poem, its contradictions, and not feel quite so unnatural. 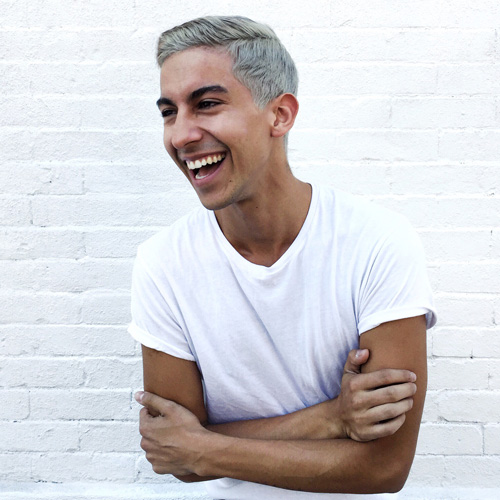 Fran Tirado is the editor of Hello Mr., a co-host of the Food 4 Thot podcast, homojournalist, and aspiring Carmen San Diego.