What does redistributing power and wealth look like? We sat down with Grace Dunham to discuss radicalization, fame, and family. 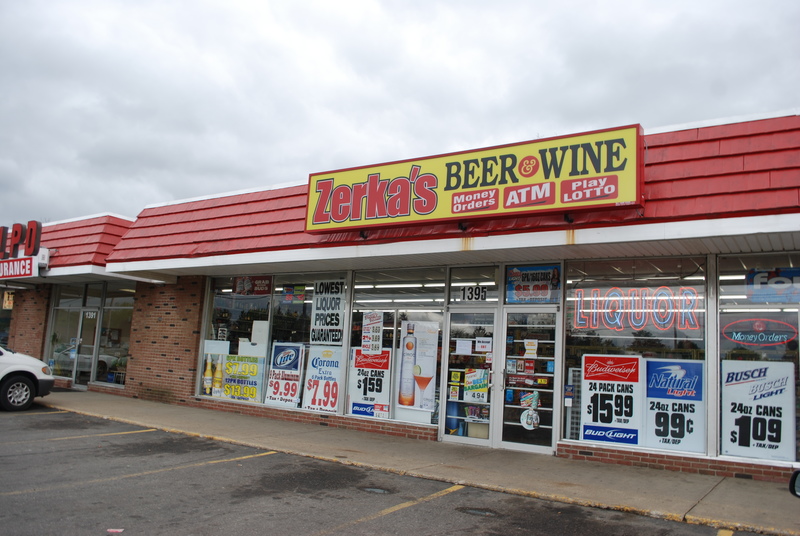 When the world starts to die, we start to take it out on ourselves.

I remember pacing the supermarket cereal aisle. Looking up at the columns of boxes with bright cartoon birds and tigers and leprechauns, even recognizing a few from the overnight visits I would spend with friends. My mom had a rule about cereal. No more than three grams of sugar per serving. I had no idea what a serving or a calorie was in those days, but I could tell you the exact sugar content of a box of Trix. This rule was just one of many like it, no doubt imposed to save money and keep my meals healthy. But it had another purpose. My mother carefully monitored the amount of sugar I consumed. Not in a modern helicopter way, but in an out-of-the-corner-of-her-eye sort of way every time I would reach for a piece of candy at the bank, or cookie at a holiday party. Because if she didn’t I would consume it all and transform into a pure beam of unstable energy, impossible to direct or follow.

For whatever reason, I loved to be hyper. I would scarf down a whole bag of chocolate if left unattended. When I was probably like two or three, my mom was searching the house late one evening. I wasn’t in my bed. She looked everywhere. When she walked into the kitchen, she could hear movement but she couldn’t see me or anything else. She called out my name. No response. Finally she saw a cupboard door move. When she opened it, there I was. Folded between two shelves in the dark. Under an entire box worth of Farley’s fruit snacks wrappers. This moment was likely responsible in part for the cereal rule.

I grew up eating mostly healthy food. You have to understand, in those days there were no Whole Foods. People weren’t rolling their eyes at kale – no one even knew about kale. It was a time when maybe, just maybe, there would be a joke about tofu on Everybody Loves Raymond. About this new slop that was unpalatable and disgusting. While the rest of my generation was assembling Lunchables and poking straws into Capris Sun pouches, I was spooning up lentils, squash, nettle soup, fresh salsa, whatever came from our garden or the local wholesale food co-op.

As a consequence of these mostly healthy meals, I was not prepared for the world of junk food most of my friends were living in. On sleepovers, I would eat entire bags of Doritos. Empty a two-liter bottle of soda all by myself. Devour sleeves of cheese crackers my friends had never even noticed in their pantries. This binge eating was euphoric, and visiting friends with things like chocolate milk in the refrigerator was a nearly psychedelic experience.

I remember this one time I was sitting with my mom while she was watching some independent film. I wasn’t really paying attention to it, but there was a scene about an alcoholic. He was on some sort of bender, lashing out at his family or lover or something. The sequence was captivating and I remember it as the first time I saw alcohol’s negative impact on a person’s life. It was confusing and I asked why he was drinking too much, and my mom explained it to me. What alcoholism was. Rather than shrug off her explanation as ‘some adult thing’, I was really scared by it. Not because of her explanation – which was sensitive and clear – but because I recognized immediately that I had experienced the same loss of self with junk foods. At that young age, maybe nine or ten years old, I knew I was an alcoholic. I told her as much: “if I ever drink alcohol, it will be like that, I just know it. I don’t want to ever be like that.”

By the time I was in 8th grade, I began experimenting with substances. My friends and I would sneak booze some way or another over weekends. We used to fill up water bottles with liqueur for school field trips. Slowly, drinking became one of our main pastimes. Two years later, I had all but completely broken off from those friends. I spent most of my time with older kids, kids from the punk scene who had been out of high school for years already. We drank most days, played music, went swimming, dug in the trash, made bicycles. But mostly, we drank. By junior year, I was drinking daily, sometimes in school.

It all came to a head late one cold winter. I was at a house party, just us punks. I had way too much to drink, easily a full 750ml of hard alcohol. A dangerous amount, probably. Certainly. When I started shaking and puking and not responding to my friends, they put me in a car and dropped me off on my mom’s steps. I had severe alcohol poisoning, and was vomiting and peeing all over myself, eyes rolled. My mom watched over me, cleaning my face, making sure I survived it. The next morning I woke up with no memory of the night before, or why I was surrounded by such a mess. I was beyond hungover – I didn’t feel alive. I had to tear out the carpet of my bedroom, and spent the next few days recovering.

I made a decision then to stop drinking. With my mother’s support, I left my hometown for a larger city nearby. Moved in with a straight-edge anarchist and began the process of recovery. I didn’t realize I had a physiological disease until that first week, suffering through the shaky withdrawal symptoms. I knew then intimately what I had supposed all those years earlier – I am an alcoholic.

For the next nearly six years I maintained strict sobriety. I never claimed "straight-edge" – mostly because I knew there was a more deeply personal reason for my sobriety than the mere cultural abstinence the hardcore punks in my life maintained.

During that time, I fell passionately into aggressive anti-civilization tendencies. I felt – knew – life on Earth was being poisoned, that industrialism was destroying the planet. That the insatiable appetite I saw in George W. Bush’s America was a leviathan that would slowly (turns out, quickly) gobble up everything alive about this world. I believed then that capitalism could be stopped – that it must be stopped before it was too late.

It would be easy to look at that period of my life and conclude that I was scared of my own depression. Of my own hopelessness. That my fear of my own willingness to poison myself drove me to ideological puritanism. That my brush with a permanent future of rural, working class alcoholism was so traumatic that I wanted to destroy the society that made it possible. It would be easy to come to that conclusion, and certainly it’s true, but that’s not all there is to this.

About five years ago, I decided to start drinking again. With all of the self-awareness and introspection I had done about my own patterns, mental health, and relationships to substances I couldn‘t pretend like I didn’t know better. I’m not sure exactly why I finally decided to return to alcohol, but by then my faith in The Movement had been permanently shaken and my reasons not to had evaporated around me. I watched in awe as our own rhetoric started popping up in commercials for pomegranate juice and walnut loaf. The massive ecological catastrophes we had anticipated with wheatpasted posters and graffiti and worse were in the news every day, claiming lives and coastlines and hillsides. Everywhere celebrities and executives were talking about our delicate home, planet Earth. Prisoners were marched into wildfires armed only with hoses. The idea that we could stop civilization’s circle of death if only we were brave enough to attack, brave enough to build the communities that could fight a war like that, that we would make it out alive, to the other side ... these beliefs were crumbling inside of me, and so I shrugged it (and my long-defended sobriety) off. At first in secret – for nearly a year in secret – then slowly into public as part of a new me, an adult comfortable with a dark truth. That we’re not going to make it. None of us are. That our willingness to poison ourselves – whether with booze, or relationships, or self-doubt, or self-delusion, or hatred of those who are different, our desire for control, or with industrialism itself – will always be with us. A part of us. A toxic condition both of our oppression and our desire for autonomy and selfhood.

And so now, as I struggle with my own demons, I find a little solace in knowing for certain what I’m up against. The history of the disease in my family. The invincible social forces which drive hopelessness deep into our hearts. The idealisms that tempt us with purity and prefigured utopias. The naiveté of optimistic radical struggle as a coping mechanism. The faucet that flows with leaded water. The comrades who fail us, betray us. The delectability of poison itself. The stories we tell ourselves – that everything will be OK, that we got this – when we’re hanging on by a thread. Our own fear of trust. The little boy who hid candy in his pillowcase. 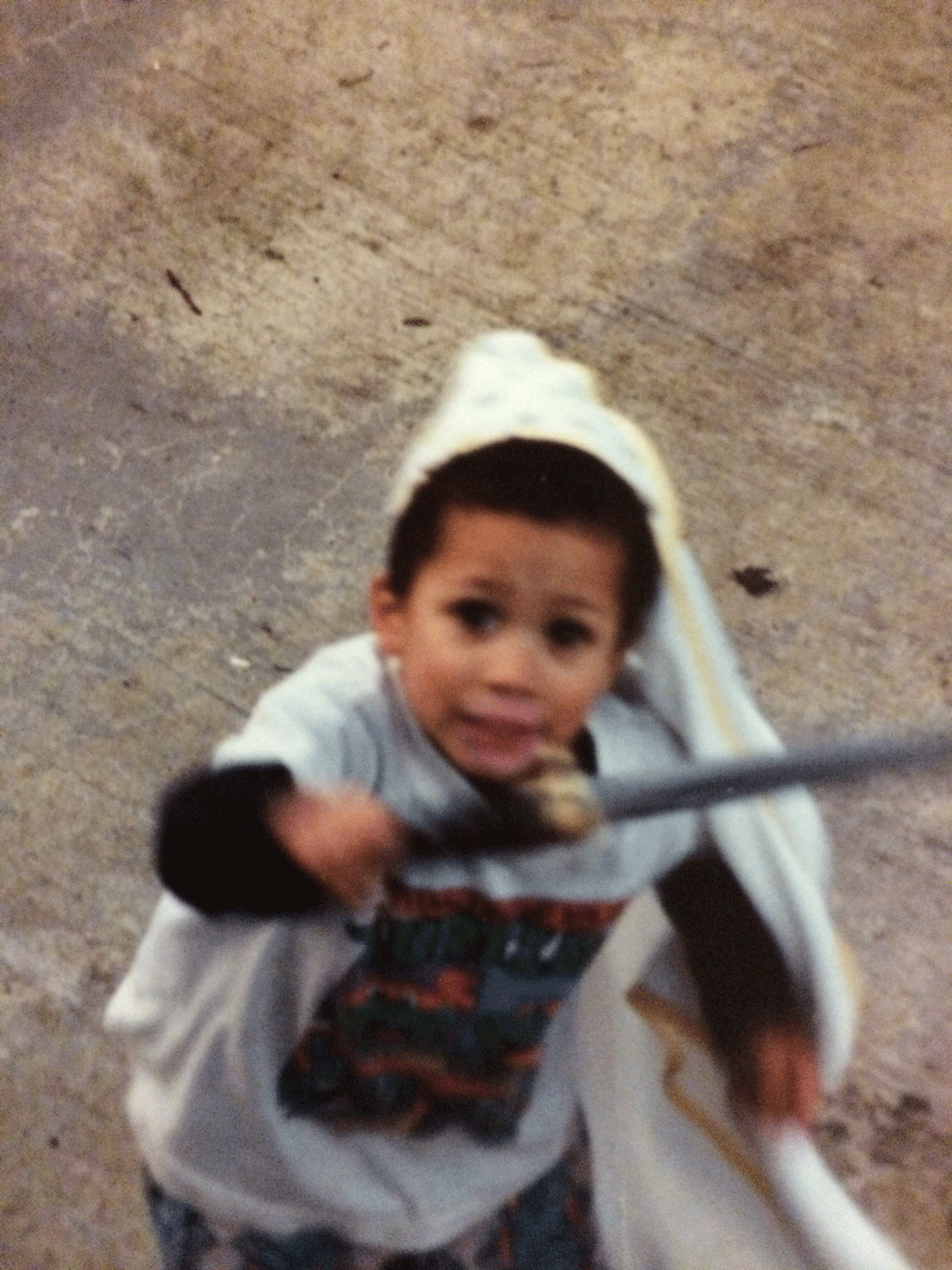 The Toxic Issue sets out to explore contemporary environmentalism. How do we survive in a world of poison? What structures of oppression are too big to fail? How do we delight in self-harm, and how do we know when to intervene in each other’s downward spirals? Is the world dying? Is it being killed? Who will we defend when rising tides pit us against each other, friends against friends, allies against allies. How do we escape? Because if we’re not going to make it in the end, at least we’re in it together. And if we cannot escape for good, then perhaps we can for something truer: each other.