Speaking to My Dead Mother 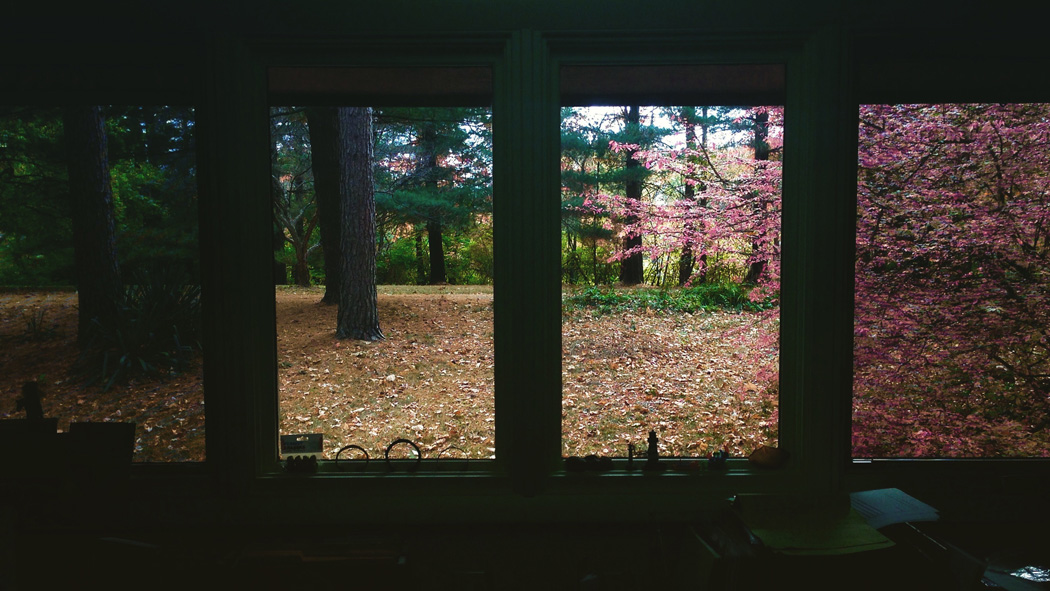 The Elements of the In-Between

After her mother’s death, Cynthia Schemmer spent hours watching Long Island Medium, in which Theresa Caputo talks to the dead. Then she decided to seek out a spirit guide of her own.

Two years ago, I spent most of my alone time watching Long Island Medium. For those of you who haven’t been blessed by the voice of Theresa Caputo, she’s a sassy, bleached-out, tangerine-skinned Long Island mother who can apparently talk to the dead. She struggles to record her sessions on cassette tape and takes down notes with her two-inch acrylics. Think grown-up Jersey Shore meets The Sixth Sense.

I had a strong disbelief in her ability, and in no way did she resemble my own Long Island mother who died of lung cancer eight years ago, and yet I still cried during each episode. Her voice, in all of its New York glory, was like a prayer to the people who sought her out, and even those who didn’t, like the time she walked into Ferrara Bakery in Little Italy and blurted out, “There’s a crapload of spirit in here right now.” I felt a kinship with these heartbroken people who were searching for something they never thought they could access, until they could. They needed a little more for their grief, a small message of hope born from closure. During one episode in particular, I felt so desperate to communicate with my mother that when my cat jumped on top of the television and stared at me – something he’s never done – I couldn’t help but look into his big orange face and see my mother reincarnated.

Isn’t the absurdity of life, and our clinging to any pretense of interpretation, completely astounding?

Now, I definitely felt skeptic in seeing a medium. If this person Googled me, some of the first things that would show up would be writings about my mother – an easy clue to what I was looking for. I’d heard plenty of stories from friends about psychic experiences gone very wrong, and while I do believe that there are plenty of frauds out there, I also believe in true intuition. And that belief is what led me to begin looking for my own Theresa Caputo.

While my family generally identifies as Christian, I was born at a time when my parents were burnt out on religion, and so they allowed me to choose my own path. I opted out of Sunday school and started carving out my own spirituality. I began hailing to the moon at a very young age, throwing open my window on cold winter nights to inhale the lunar energy. I would later find out that my name reflects this ritual in its meaning – goddess of the moon. This is at the center of my spirituality, which remains unnamed. I’ve read books on Wicca and Paganism, astrology and tarot, meditation and moon phases, and I’ve pulled from all over to create my own practices. To call it witchcraft would be incorrect, appropriative, and heavy with the weight of a violent history. I’ve come to refer to it as self-craft, a belief in the self through the universe. It’s all about connecting with the energy of the atmosphere and with those who came before us, to use the enormity of it all in order to let go.

And from this stems my justification for speaking with my mother. There have been real, solid moments in which I’ve felt the energy of the dead, and that is what I truly believe in – energy. Like Carl Sagan said in Cosmos: “We are made of star stuff.” Our atoms were forged in the bellies of dead ancient stars, which gave way to the elements of the periodic table. Our atoms are recycled when they are no longer held in body form, incorporated into new molecules and combined with others.

What I’m trying to say is, find me in a cloud, in a rainstorm, in the exhale of a cat when I’m gone. When I unravel at the longing to speak to my mother, this is the belief I hold onto. It’s what I needed when I went to see a spirit guide intuitive who channeled me to my mother one dusty-skied day in Portland. Multiple people had referred me to this woman, mentioning not only how congruent her beliefs were with mine, but how truly life-changing her work was. As a spirit guide intuitive, her practice is based in energy, healing, and mystical wisdom. She has direct and conscious contact with the spirit world, and connects clients with their guides. This past July, while I was in Portland for work, I made an appointment.

We talked, but just briefly. I only gave her information I thought was pertinent, like what life was like for me emotionally before and after my mother died, but I never gave specifics. She laid me down on a massage table and felt my pulse, felt my gut, put crystals on the shrieking parts of my body, and told me things I already knew. “You want to have babies . . . you have issues moving forward with the things you want in life . . . you feel stuck . . . you don’t drink enough water.”She informed me that I would not speak with my guide, I would listen, and I would get to ask one question at the end. “Close your eyes,” she said, her voice like melting wax. “I am going to open the channel.”

My love – this is how it all began. My love – the name my mother called me from birth through our last exchange. All it took were those first two words to have me in tears, to know she was truly there, to access the energy, the motion, the elements of the in-between. She talked about my unrelenting sadness, my writing, my doubts, and my father. She talked about my love, who she had never met, and our future. She talked about things no one else could talk about, moments so small you could fit them in a teaspoon. And those specifics are all secrets I will keep, as they are meant only for us.

The one question I asked is one I have thought about every day for over 3600 days, a question that every child has burning in their gut, a question that matters because in the end it doesn’t really matter at all. It’s a question that maybe defines your whole life, a question that allows your parents to pass judgment on all that you’ve done and all that you will do. “Are you proud of me?” I asked in a voice that sounded unlike my own, shaking in fear. On my worst days of depression and grief I feel as though I’ve let my mother down, despite her being my biggest supporter. But her response was somehow the least moving part of the whole experience, because I’d later find out that I knew the answer all along.

For the rest of the day, I moved like a drop of water on glass. I wandered into stores, parks, and toward the Willamette river without any clear intention or awareness – tears bloomed on my face, slipping right past consciousness. I broke down in a borrowed car on the highway, in two different ways, and screamed Lucinda Williams songs into the night. I returned to an empty house and filled it up with my loneliness.

The next morning, despite feeling hollow and powerless, I hiked my first mountain. A friend and I drove to Kings Mountain, toward the coast, and I felt ill-prepared. As we ascended, the ferns turned into cedar trees and the cedar trees turned into peaks of wildflowers. Despite the beauty surrounding me, there were moments when I wanted to give up. I’d stop to catch my breath and pray to return to a home that no longer existed. Everything felt too formidable, too overwhelming, too beyond until the top of the mountain blossomed before us. Sweating and in a state of layered pain, I saw a sea that was 90 miles away, and I wept into what felt like the ending of one life and the beginning of another.

I had felt my mother the morning before, and then I had lost her – again. It felt almost as shattering as the first time, but I knew that within this experience there was something much greater. Without even thinking, I asked myself the same question I asked my mother and I responded, “I am so proud of you.” And in that moment, I was. I had made it through the entire year I watched her die, and the last ten years without her, and, through it all, I still managed to carve out the life for myself that I’ve always wanted. It was the first time I ever truly emitted compassion and gratitude toward myself and the work I’ve done. And here I was, on top of a mountain.

Days later, I returned home. The spirit guide intuitive sent me a recording of our session, but I wouldn’t listen to it for weeks. I needed the experience to settle, and to better understand my life for how it had changed. Eventually I incorporated the recording into my meditations and rituals as an affirmation of both myself and my mother’s existence in life and in the energy thereafter. With each listen, I hear something new: a crow outside the window, a gust of wind, a phrase that resonates with my day. It’s a reminder to not just live in the layers of the rational mind - a predictable place where pain reigns-because there is no pleasure there.

What about possibility, playfulness, the whimsical? What about all of the magic?

Grief is a spell that holds you forever. It can work itself in unforeseeably positive ways, and it can unravel you for the better. When I went searching for my mother, I was looking for an answer, a suture, an impossible occupancy of the void. I came out on the other side realizing the closure I needed was not with my mother, but with myself. Just like Theresa Caputo says, “spirit gives us what we need, not what we want.”

And I’ve realized that sometimes, to find solace, all it takes is a belief in something, which can be as simple as a candle flickering in a dark room, as gigantic as resurrecting the voice of the dead, or as difficult as believing in yourself. It’s this magic that keeps us going, that gives us hope, that finds us the answers we didn’t know we needed. 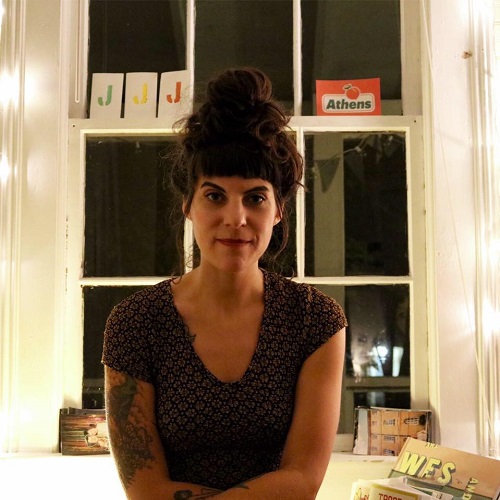 Cynthia Ann Schemmer is a writer and musician living in Philadelphia, PA. She works as the managing editor of She Shreds Magazine and plays in the bands Radiator Hospital and Swanning. She is a true bull Taurus and her cat is her creative mews. She tweets at @cynthiaschemmer and updates her website irregularly.