Love and Tar Easton Smith planted seeds of love and hatred on a strip mine on Utah’s Tavaputs Plateau. 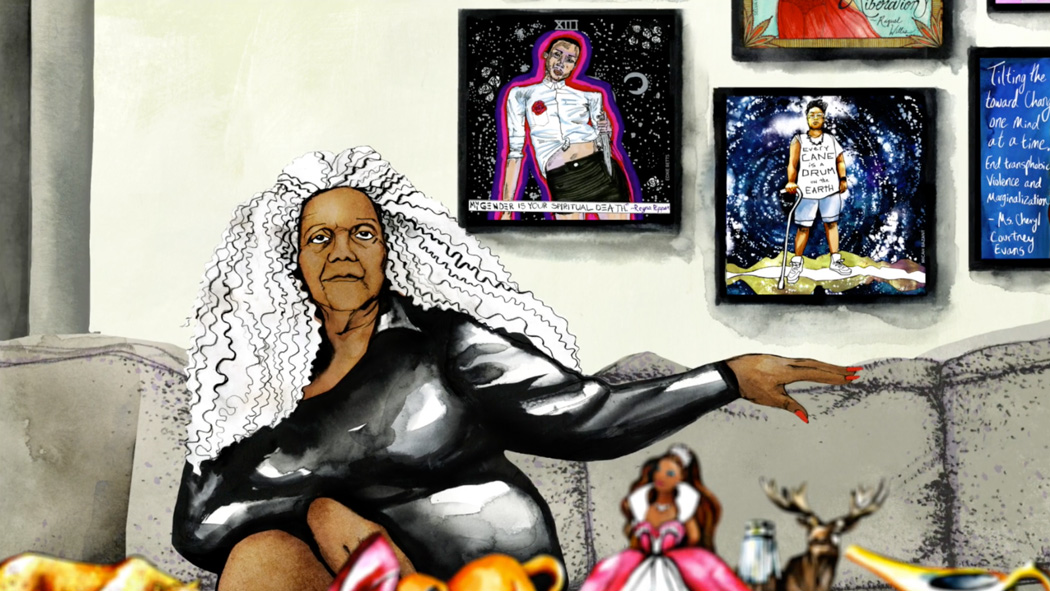 “One creative intervention a day to keeps the hopelessness away,” said no one ever, but it’s worth a try. Activist and artist Reina Gossett and illustrator Micah Bazant have brought us a short film called “The Personal Things” and it’s well worth a watch.

“The Personal Things” features Miss Major Griffin-Gracy, a trans elder who has participated in a wide variety of activism throughout her lifetime, including the 1969 Stonewall riots in New York City. Watching the short feels like sitting across from Miss Major in her living room. The atmosphere is soft and the music is low. Her story of resistance is encouraging and beautiful. If you listen closely, you might hear her whisper between the lines: fuck gender ID markers, fuck assimilation forever.

The Personal Things from BCRW Videos on Vimeo.

“I made the video because I really believe in putting focus on small every day ways of resistance and unruliness,” said Gossett. “To me thinking about resistance as a daily practice feels as important as larger actions and often can be much more accessible for more people. It also helps me remember that large actions are built upon smaller ones and to reminds me that's how we can prefigure the world we want.”