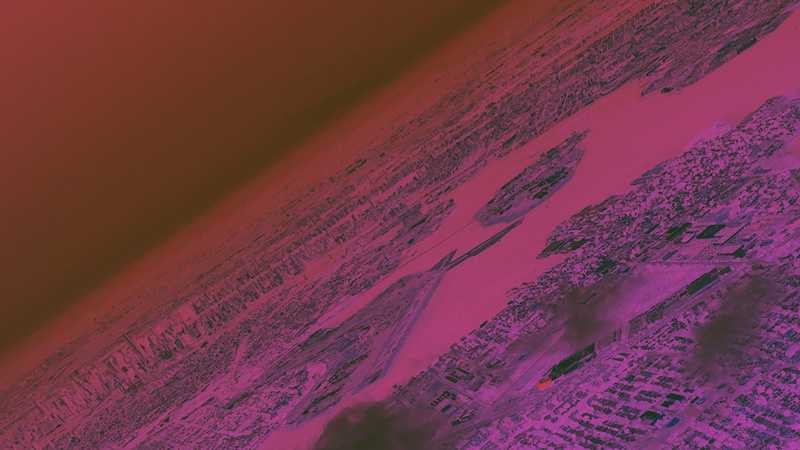 On Saturday morning the street corner near my apartment building gets busy around 11:00 AM and doesn’t quiet down until sometime after dusk the next day. People stand around talking, laughing. One of the corner stores has a stereo mounted in the window, which makes walking through the block feel like you’re stepping through a Spike Lee movie set. Buses running up and down Myrtle Ave and Broadway bring people to and from the neighborhood on their way to family gatherings and shopping runs. As I walk out the door, I imagine a time lapse video shot from above, with small dots for people and larger dots for buses and trucks moving across the screen. Every once in awhile, a large worm of subway cars runs through, stopping for a second to spill out small dots, and then keeps moving. I say hi to neighbor John, who is sitting on the stoop next door, and cross the street.

It’s on the street that we become individuals. Where we get lost in the crowd to be alone together, contemplate ourselves and mirror each other. The street, like your bedroom, is where you do you: wear your headphones or yell at people, give away your sweaty dollars when someone asks or keep them to yourself, buy yourself something nice or just put it in your bag. It’s where you can pull out your thumb and get in a car and leave. All roads always lead elsewhere.

Or, at least this is how we’re supposed to feel about public spaces: somewhere we go to be free. Where you go to find anything, be someone, or reclaim our agency. Every retelling of historic political victories features photographs of people on the street holding placards. In my experience, such reenactments result in dismay. Without exception, rows of riot cops armed to the teeth show up and block the way, beating and arresting anyone who tries to break through.

When you don’t have what you need, the street is a disempowering place. The rules of capital are most evident in the city’s exterior. Common space is supposed to be this equalizer, just like the “free market.” It’s funny how concrete and asphalt can appear so permanent, when you don’t have to travel far or dig deep to find the paved-over burial grounds of traditions mutually exclusive to these ones. 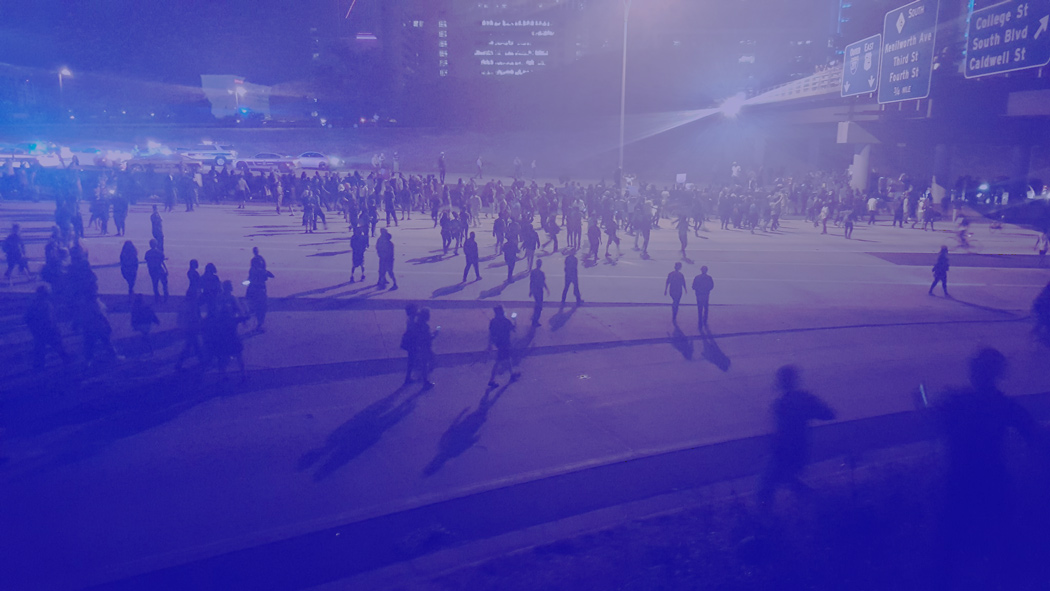 I was on the street when I found out that my brother had died. I remember getting on the bus, my eyes closed, endless tears rolling down my face. I couldn’t believe it. Today, months after burying him, I still don’t really believe it. But my body’s reaction was fast.

When people talk about grief, they often describe it in terms of waves. When it hits you, it takes over your whole being, and you have to just ride it until it leaves you, knowing it will wash over you again at any moment. All emotions are physical, but nothing dispels Cartesian, neoliberal fantasies of mind over matter like grief. Suddenly, you’re just a body. Suddenly we’re all just bodies.

At night, I cross Myrtle and Broadway on my way home. Ever since they busted one of the stores for selling synthetic weed a few months ago, police cars have been posted in every corner at all hours of the day. For a while, a gigantic police van stood parked outside one of the stores. I wonder if that’s where they put all the homeless people who used to hang out around here. A large white man is standing in the corner with a megaphone, yelling bible verses about salvation. Asshole, I think to myself, but don’t say anything.

How we handle mourning, and remember what came before, reveals so much about the beliefs we cling to. The way I see it, whether it’s the passing of an elder, or a young person taken too soon, death isn’t unfair per se, and it isn’t bad in a moral sense. It’s just fucking heartbreaking. But this is also what makes death so beautiful. Life often feels endless, and experiencing it can seem unbearable and painful. Being reminded of how swiftly it can end, I think, makes it easier to cherish the things that are good and put up with or avoid the things that are bad.

I’m not more spiritual than before, but I think I’m more open to big feelings. And one thing I’ve noticed is how magical relationships to friends, family, and even strangers can be if you let them in. Well, I don’t know if magical is the right word, but it’s the closest thing to spirituality I know. It’s the feeling of not needing anything, a feeling of abundance, because things just materialize when you’re many. Problems go away, or recede. You’re good as you are. You are loved. You can do anything. This planet is going to shit and capitalism is turning us into living dead and we’ll all die soon anyways but until then, you are all so beautiful.

To me, Americana is cross-processed photos of roadside motels. When things feel bleak, I fantasize about getting in a car, putting on a playlist, and driving across the country. On the road there’s no evidence of the violence and bloodshed that made all of this possible. It’s been erased.

At one point, expansion of trade routes was the thing that most evidently extinguished old forms of life to make room for new ones. In the 1860s and 70s, tens of thousands of European American gold miners, settlers and army soldiers fought Lakota, Northern Cheyenne, and Arapaho residents in and around what’s today Montana, Wyoming, and the Dakotas. The Transcontinental Railroad shortened the trip between Iowa and San Francisco from months to 10 days, but destroyed indigenous homes and livelihoods in the process.

It’s years ago, and I’m driving back into Minneapolis from a trip south, Highway 55 splits and we hold right to continue onto Hiawatha Avenue. My friend tells me they avoided driving into the city this way for years. In 1998, Earth First! activists and local residents occupied the area around Coldwater Spring to stop the expansion of Highway 55 from destroying a sacred indigenous place. The so-called Minnehaha Free State camped out in tree houses and tents for over a year, until December 20, when 600 police officers stormed in to evict the encampment. Later, I discover the collective house I’m living was bought by some of those people after the eviction. They called it Casa Nueva.

Today, industrial infrastructure continues to expand as if by a supernatural force, flowing seamlessly across the continent as bulldozers, semi-trucks, tower cranes, and police officers. At Standing Rock, people are blocking roads to stop the construction of the Dakota Access Pipeline and defend sacred ancestral land. Unlike so many similar struggles, the Standing Rock occupation might actually succeed and force the pipeline to take a different route. But defending even the smallest bit of land, not to mention a treaty unlawfully broken by both the government and corporations, takes a loud and persistent fight. That’s what’s so deafening. “It takes a whole community and lifetime of organizing effort to get just one person out of prison,” a friend said in passing last weekend. It seems that’s the case with every little struggle against capital. 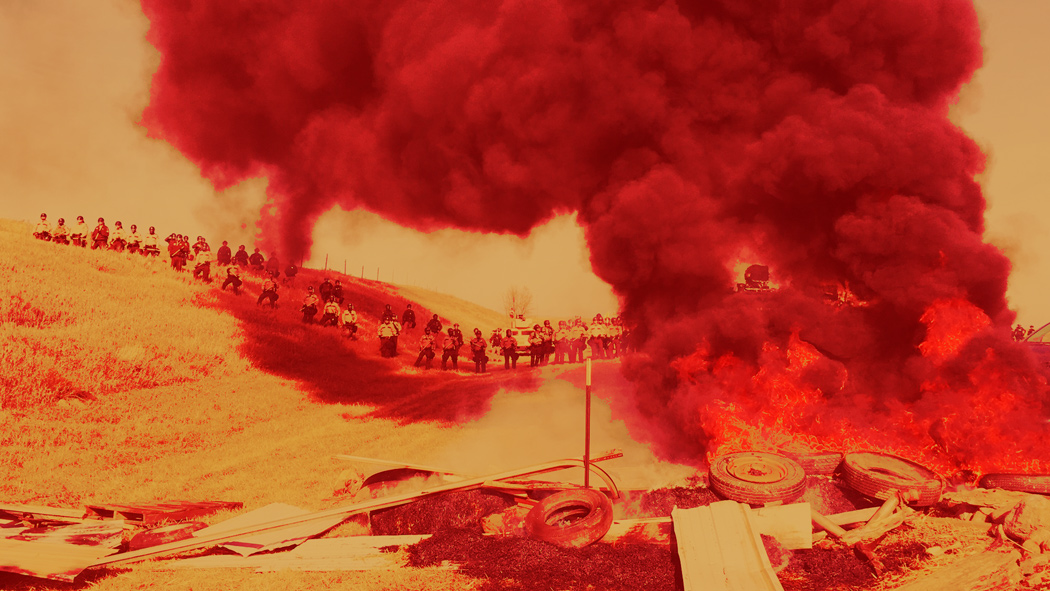 On the bus home from work, Tyler reaches over with his iPhone to show me the day’s disastrous stock market results. Everything is red. Only Amazon and Facebook are up. He tells me it’s been like this for seven straight days. I don’t know what to think. I can’t really take news about the market seriously. It just seems so silly. To me, seeing the FBI’s reaction to some emails as an indicator that the market is going one way or the other is not unlike putting your finger in the air to determine the weather. Like, they call us woo-woo for thinking another world is possible. But if woo means believing in shit that isn’t real, surely it’s the crooks on Wall Street conjuring the darkness.

This is not a normal thing to say. What’s normal is to call someone a hippie for asking about their astrological chart, going to community acupuncture, growing your own food, or making your own tinctures. As if those are the least empirical things we do. Marriage and money are some of the most irrational things ever conceived, but because people believe in them and power circulates around them, there’s no public scrutiny.

But even astrology is becoming an acceptable pastime now, just like acupuncture, horticulture, herbal medicine, tinctures, and meditation. Perhaps it’s because of the health care crisis. Perhaps the growing obsession with living forever. These practices were once the only ways of taking care of and nurturing our bodies, they were all but forgotten by the mainstream and now they’re having a second life. Fitting — except they’re being reframed as luxury beauty practices. In China, acupuncture is practiced in large halls with plastic chairs, sort of like how we get flu shots in the West. In the US, acupuncture first became a thing after Black Panthers opened clinics to offer affordable health care to their communities. And many traditional practices were passed on in marginal subcultures that were excluded from the medical industrial complex. In their resurgence, acupuncture sessions are more commonly sold for hundreds of dollars in private offices, with quiet music and aroma diffusers.

What’s marked as mere magic and superstition in any given era is the stuff that discredits dominant power. In the early days of capital (and I mean early like Aristotle’s The Politics) accumulation of profit was seen as going against the order of what was normal and good, and people who engaged in trade for profit were practicing dark arts. Today, the opposite is true. Those who can afford to live as if they are immortal (and who knows, maybe they’ll crack that equation within our lifetime) may look at people who choose to pursue something other than 401ks, houses, and cars, as wacky doomsday prophets. When the whole world is make-believe, our awareness of death and the impossibility of a life worth living can be a villain’s superpower. When they fired us from that babysitting gig, it’s wasn’t because we did a bad job. It’s because they’re scared of the ideas we’ll put in their kids’ heads.

This is The Woo Issue, in which we cast a spell on the Pentagon and conjure the spirits of darkness and death. We’ll learn more about Standing Rock, sit down with two death doulas, seek inspiration from people’s home altars, visit online apothecaries to stock up on potions, and try to overcome our fear of nightmares. Don’t forget to subscribe.